Can anyone stop the All Blacks at the Rugby World Cup? 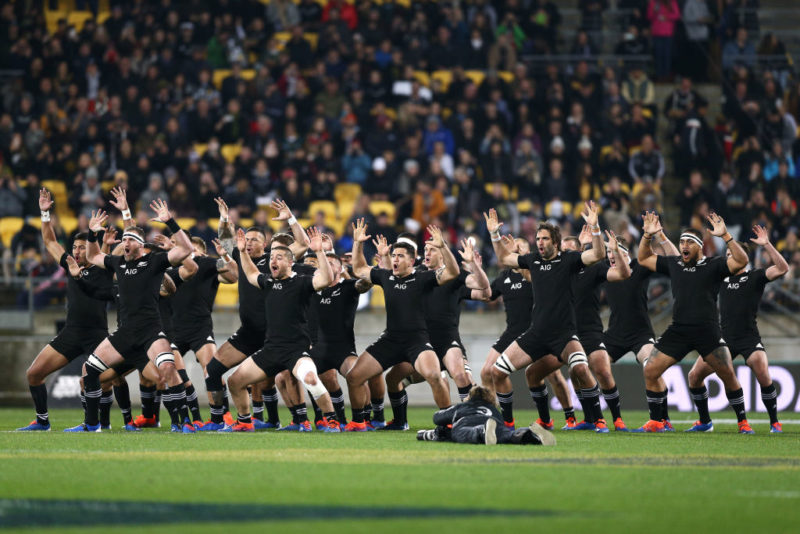 New Zealand have been installed as the clear favourites to win a third consecutive World Cup when they march into battle this year. The All-Blacks were triumphant in 2011 and 2015, and the road to the 2019 World Cup in Japan began years ago for Steve Hansen’s men. He has been busy cultivating an elite squad that blends youth and experience, and they will take some stopping at this year’s tournament. However, competition will be fierce and teams like England, Ireland and Wales will feel quietly confident in their chances of dethroning the All-Blacks.

The best sports betting sites make New Zealand the 5/4 favourites to win the World Cup, which concludes at the Yokohama International Stadium on November 2. You can find 5/1 on England, 7/1 on Ireland and 8/1 on Wales and South Africa, before a big jump to Australia at 16/1. Thus far Wales are the most popular team among punters after their superb victory at the Six Nations earlier this year. There is little love for anyone beyond Wales, England, Ireland, New Zealand and South Africa right now.

The road to Japan began several years ago for the likes of Tonga, Russia and Uruguay, who battled through the qualification rounds in order to secure a coveted berth at the World Cup. Yet they are all huge long shots, with 2500/1 available on Tonga, and 7500/1 on offer for Russia, Namibia, Canada or Uruguay. Even hosts Japan are out at 300/1. Argentina are not rated highly, while bookmakers expect Scotland and France are expected to struggle too.

That is perhaps understandable, when you look at recent form among these teams. Australia won just 4 of 15 matches in 2015 and they suffered a pretty heavy defeat in Johannesburg in July 20. Scotland lost four out of five matches at the Six Nations this year, while France were abject throughout the tournament. England beat them 44-8, while Ireland and Wales also took them apart.

Pool A features Ireland, Scotland, Japan, Russia and Samoa, and the Irish should win that with ease. If they do, they are will take on the winner of Pool B, which contains New Zealand, South Africa, Italy Namibia and Canada. You would expect to see New Zealand overwhelming Scotland in the quarter-finals and a fantastic showdown between Ireland and South Africa.

England have also landed in a comfortable pool alongside France, Argentina, USA and Tonga. If they win Pool C, they will take on the runner-up of Pool D. Australia are top seeds in that group, but Wales would fancy their chances of topping it to set up a quarter-final clash with France. England really should beat Australia and then that would tee up a semi-final showdown with the All-Blacks. Wales would also expect to face either Ireland or South Africa in the other semi.

You can therefore see who those five teams are the favourites to go on and win the tournament, but can any of the chasing pack stop New Zealand from triumphing? They did actually suffer two defeats in 2018, and they came at the hands of Ireland in Dublin and the Springboks in Wellington. However, the All-Blacks have won 22 of their last 25 Tests, their squad is teeming with world-class talent and they are deservedly favourites to win a third consecutive World Cup trophy.

They have not tasted defeat at this tournament since 2007 and they know how to get the job done. Yet England have already broken New Zealanders’ hearts at one World Cup this summer and they could pull it off once again. They have a monstrous pack that can bully any opponent, and if they can keep the likes of Billy Vunipola and Maro Itoje fit they might just have a chance at ending the All-Blacks’ phenomenal World Cup undefeated streak. It is also hard to argue with Wales’ 14-match winning run and they could fancy their chances against either Ireland or South Africa if those two beat one another up in the quarters, so an each-way shout at 8/1 might tempt a few rugby fans.