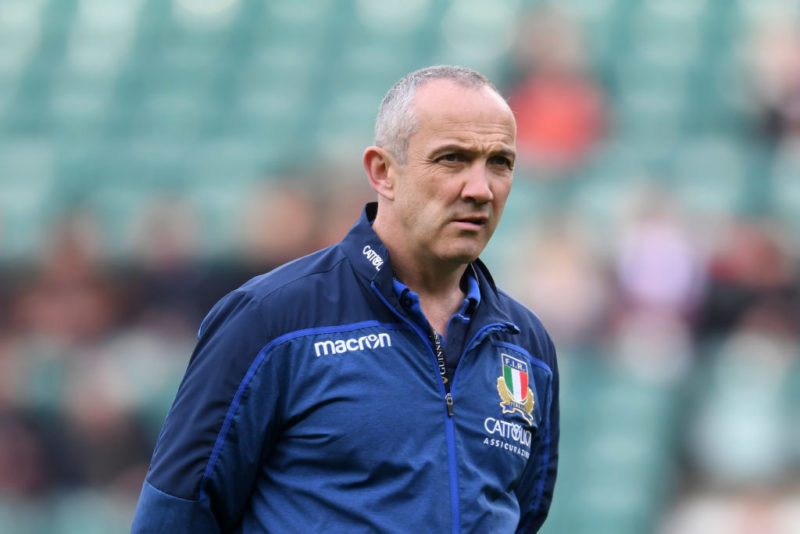 The Cheetahs have confirmed Franco Smith will become the new head coach of Italy after the World Cup, leaving Conor O’Shea’s position with the Federazione Italiana Rugby unclear.

A Premiership-winning coach with Harlequins, O’Shea undertook the task of revamping Italian rugby in 2016.

And while club rugby has reached new ground as Benetton became the first Italian club to qualify for the PRO14 quarter-finals this season, results for the Azzurri have been consistent with the status quo.

Claiming the wooden spoon in the Six Nations in the past two editions of the tournament, Italy have now moved to hire Smith.

A fact confirmed by the Cheetahs and not, as yet, by the FIR.

A statement released by the Cheetahs read: “Franco was offered the opportunity to coach the Italian national side from 1 January 2020.

“The board of directors see this as a great opportunity for Franco and is proud of the fact that so many top coaches have been developed by the Free State Cheetahs.

“Free State Rugby is seen as a breeding ground of opportunity with coaches like Rassie Erasmus, Niel Powell, Jacques Nienaber, Pote Human, Brendan Venter, Rory Duncan, Daan Human, who all started off in the Free State – and in the past, Nelie Smith, Gysie Pienaar and others.

“The board of directors is proud of and wishes Franco the best of luck with the opportunity to coach on an international level until the next world cup in 2023.”

O’Shea named his squad for an Italy training camp earlier this month, building towards his preparations for the Rugby World Cup where they are pooled with New Zealand, South Africa, Namibia and Canada.