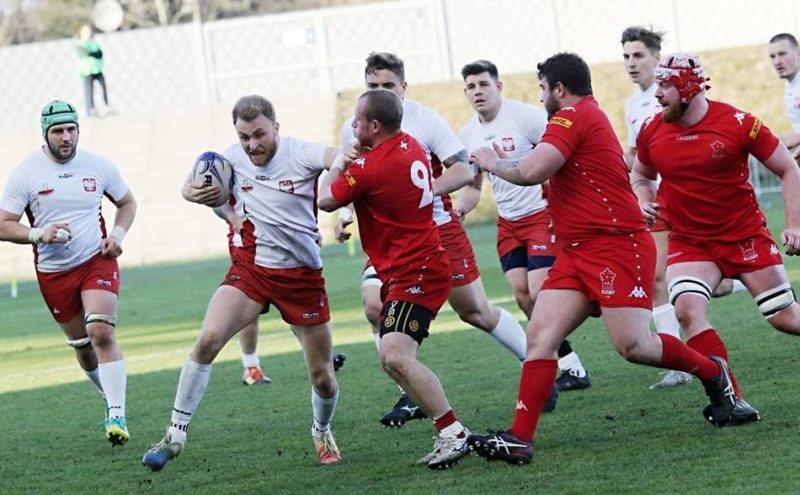 On Sunday 5th May the Polish Rugby Union are inviting male and female rugby players of Polish heritage to attend a trial in London that they hope will enable them to tap into the stream of eligible talent based in the United Kingdom.

Broadening the player pool is a common policy for the many unions in world rugby. This is not just amongst tier 1 nations but at all rungs of the rugby ladder.

Beneath the Six Nations you will find a fiercely competitive series of divisions where promotion and relegation exists with all the drama this brings. The Rugby Europe Championship – or 6 Nations B – is the first level down where you will find a myriad of French born players wearing Spanish and Belgium shirts, South Africans playing for Germany and Tongans playing for Romania.

The next division down is the Rugby Europe Trophy where you’ll find the Polish men’s national team playing alongside the Netherlands, Portugal, Lithuania, the Czech Republic and Switzerland.

All unions at this level are trying to grow the sport in schools and at grass roots level but this will inevitably see greater dividends in the medium to long term. In addition to these programmes unions are utilising all the means World Rugby allow to strengthen their current playing squads. The affluence in the Netherlands allow Dutch clubs to attract quality English, New Zealand and South African players who have gone on to qualify for the national team through residency.

The Swiss, promoted three seasons ago, have become solid performers at this level in a short time by drawing on a pool of players who play week in week out in the tough French leagues across the border and have Swiss ancestry.

Polish domestic rugby is growing and the top league is becoming more cosmopolitan each season with clubs fielding South African, English, Georgian, Ukrainian and even an ex-Newcastle Falcon Kenyan international.

However, it is still a minority sport with an incredibly committed but nonetheless small pool of players available to national teams at all age levels. As a result, it would not be surprising if there were more players eligible to play for Poland living and playing abroad than in Poland itself – a player is eligible to represent Poland if they or one of their parents or grandparents were born in Poland.

To tap into their overseas legion, the Polish Rugby Union will be holding a trial at Rosslyn Park RFC in London from 3pm on Sunday 5th May 2019. The event is primarily aimed at any male or female player aged 15 years and over to showcase their skills to the coaches who are looking for talented players for the Polish national teams at all age levels up to the full national team.

As well as the full XV national team the full men’s and women’s Sevens teams competes in the top European competition called the Grand Prix series. The men’s U16, U18 & U20 teams compete in the annual XV and Sevens championships organised by Rugby Europe as well as friendly fixtures. The Women’s teams play predominantly Sevens fielding teams at U16, U18, U19 and U21 levels.

Bartek Rys, Chairman of the Rugby Poland Exiles Committee, hopes that that trials in the UK will open a new chapter in Polish rugby history. “We want to meet skilled players willing to play for our national men’s and women’s teams.

“Great Britain has for many years has been very hospitable for Poles and is a great place to grow young talent in clubs around the land.”

The event coincides with Polish Heritage Days weekend which is run by the Polish Embassy who want to promote and share the richness of Polish culture and heritage in the United Kingdom. The Polish Rugby Union want to share in this event and emphasise to those who have Polish heritage that even if you live, work and play rugby in the UK remember that there’s also a Polish team for you to support and represent.

To register for this and future events please send your details of how qualify to play for Poland and the level of rugby played to a.michaelson@pzrugby.pl.