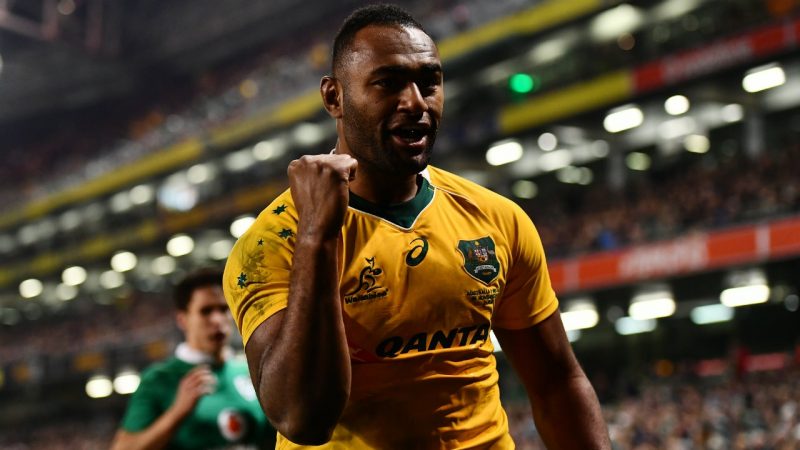 David Pocock proved to be an amazing asset for the Australian rugby side as he ensured that Wallabies made a memorable return to the Suncorp Stadium, by helping end a 15-month long winning streak of the Irish rugby team.

Pocock was influential in both defence and attack, emerging as the undoubted star for the Australian side as they successfully upset the Six Nation Champions on Saturday night (June 9) with an impressive score line of 18-9. The match was played in front of a full-capacity crowd amounting to 46,273 fans!

A great multitude of rugby punters had their money on the Australian side, and all of them laughed their way to the bank as they earned impressive returns on their investment! If you too have been contemplating betting on rugby matches but didn’t know where to start, you can grab a free bet to bet on Australian Rugby and test the waters before investing your own money.

The Wallabies were simply outstanding in their defence abilities and held their guard well as the Irish dominated possession as well as territory, but the latter failed to cross the line when it mattered. Had they won this game, the Irish would have further boosted their record of 12 straight wins. Joe Schmidt is now expected to make as many as 8 changes going into the second test.

Australian rugby team managed to score the only two tries in what proved to be a fairly difficult first test. They should have also had a third try, but were denied that amidst a big controversy.

Despite being behind 8-9 in the 60th minute of the game, a scintillating movement initiated by a Samu Kerevi hit was given the finishing touch by Israel Folau, sending the Suncorp Stadium crowd into raptures! However, there celebrations were only short lived as Marius Van Der Westhuizen, the South African referee overturned the try owing to an apparently meaningless backplay incident involving Adam Coleman and James Ryan. The latter proved to be Ireland’s best player on the night.

It wasn’t just the Aussie fans, but the Irish fans too were left bewildered by that decision. Phil Kearns, commentator and former Australian rugby team captain went to the extent of stating that the referee had lost the plot!

Regardless, Wallabies maintained their composure, led nicely by their front row reserves. They forced an important penalty close to the line, enabling Bernard Foley to bring Australia back into the lead, with the score line reading 11-9.

Pocock managed to extend the lead further with 8 minutes left in the game. Even though he was playing test rugby after a gap of 18 months, Pocock consistently relieved pressure for the Aussie side.

The first half was all about multiple bone rattling hits on the touring Irish side, particularly Conor Murray, the halfback who had a hard time throughout once he was ironed out early in the match by Kurtley Beale and Marika Koroibete.

The Six Nations Champions went into the halftime trailing for the first time in 2018. Thereafter, amazing efforts by Foley and others ensured a comfortable victory for the Aussie side.