Posted on 9th May 2014 by admin in Features, Young Gun 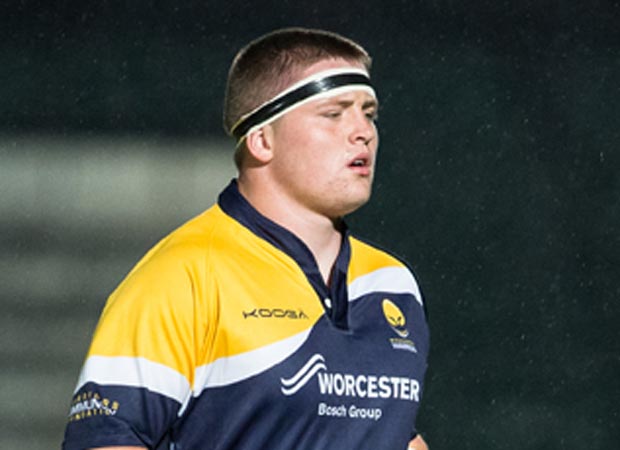 Jack Cosgrove is a prop with plenty of ambition and while Worcester might be on the verge of relegation from the Premiership, the loosehead insists he is at the right club to take him to the top.

The 19-year-old has one first-team appearance to his name at Sixways, coming off the bench in a clash with Sale Sharks in this year’s LV= Cup.

In a year of firsts, Cosgrove also made his debut for Scotland U20s in February.

And while Dean Ryan’s revolution appears unlikely to keep the Warriors in the top flight, Cosgrove is confident they will soon be back in the big time.

“I like where the club is going, Dean Ryan has shown his faith in young guys and I would say at the moment there is no better club for me in terms of getting opportunities.

“There are a lot of quality guys that have come in and are to come in, guys like Jonathan Thomas that have been very important to the squad.

“And there are more to come as well, being able to bring in those guys is a sign we are going in the right direction.

“There are a lot of good looseheads at the club at the moment, Ofa (Fainga’anuku) has been great and helped me out a lot and then to have someone like John Andress to learn from as well.

“Ed Shervington has been great as well and I have had a lot of one-on-one coaching with Ceri Jones as well, I cannot speak highly enough of those guys.”

Cosgrove has spent time in the lower leagues on loan at Doncaster this season, a time-honoured tradition in toughening up young front-rowers.

And Cosgrove admits that he has learned a great deal from his experiences, so much so that he has set his sights on breaking into the Warriors first-team squad within two seasons.

“It’s good to see how I’ve progressed thanks to my time with Doncaster and I’ve really enjoyed it there,” he added.

“It’s extremely physical, much more so than the A-League, and the level’s high throughout the league.

“There are guys coming up looking to make their breakthrough as well as those who have played at the very top and are just on the way down.

“The experience I have been getting has taught me so much, not to mention getting 80 minutes under your belt when you play; it has probably been the single biggest help in my development as a player.

“In the next season to two seasons I want to nail down that No.1 shirt at Worcester so between now and then it’s about taking any opportunity that comes my way.”

And while his accent is English, Cosgrove qualifies for Scotland through his grandfather and the loosehead admits he has no regrets over where his allegiances lie.

“Coming off the bench in the first game was an unbelievable moment that I will never forget,” he added.

“All my family were there and although we didn’t get the result it was a special night and the feed back I got was good.

“I was not in the initial squad for the England U20s and Scotland gave me the opportunity that I was not getting here.

“I want to play at the top end of the game so it was an easy choice, the majority of my family are Scottish anyway even if I don’t sound it!”