Shane Williams: How many back rows can finish like Tipuric?

Posted on 1st December 2016 by admin in Shane Williams 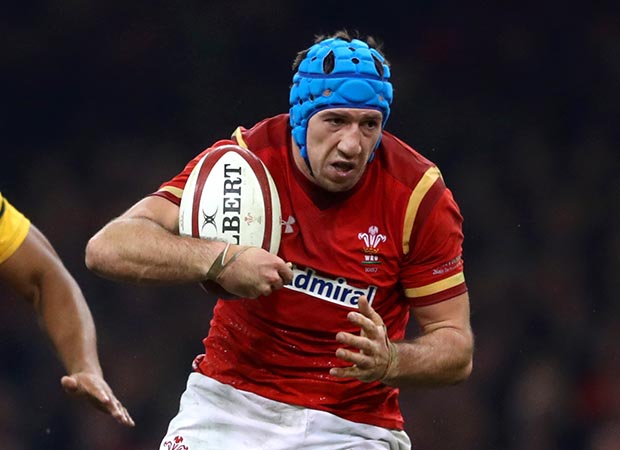 I’ve said it plenty of times, but I’m more than happy to say it again, Justin Tipuric is one of the most-skilful players I have ever worked with.

He showed again that he is a world-class player with his performance against South Africa that was well worthy of his Man of the Match accolade, and deserved that final try.

He was all over the Springboks in the first half, blocking a kick by Elton Jantjies, ripping the ball off Johan Goosen like candy from a baby and flicking out passes like a Test fly-half.

Then to cap it all, he finishes a try like a wing. He picked a wonderful angle with his run and then stepped past the full-back with the sort of footwork that I would have been proud of in my day.

Wales are blessed to have two fantastic opensides that would normally start each and every game for any other country.

The selection dilemma for Rob Howley was taken out of his hands this time following injury to Sam Warburton, but it will be an interesting call come the Six Nations.

It was fantastic to see Taulupe Faletau back in a Wales jersey for the first time since the summer. We have missed his athleticism and ability to beat the first tackle and get Wales on the front foot. He’s also a great all-round player and that showed in the way he had a hand in both Wales tries.

He took the line-out for the really well-worked drive that ended with Ken Owens going over. He then timed his pass to perfection to capitalise on Tipuric’s run.

What I was really pleased with was the way we physically beat the Boks. This may not be a great South Africa team, but they are naturally big guys, in fact they enormous, and are always brutally physical in the way they play the game.

But Wales not only handled that, they dished out some big hits of their own. Guys like Gethin Jenkins, Alun Wyn Jones and Luke Charteris stood toe-to-toe with the Boks and that allowed the likes of Tipuric to do what he did.

Scott Williams looked really comfortable in the No 12 jersey and that’s going to be another big decision for Howley come February, with Jamie Roberts itching to get back in.

That competition can bring the best out of Roberts, who had dominated that No 12 jersey for so long. It’s also just the sort of competition Wales need and they have the luxury of picking the right team for each match.

Wales moved the ball really well and did a great job in moving a big South Africa team around the park.

Wales made breaks and looked dangerous, but I would still like to see them make far more use of George North. We only saw him rally get a chance to run at the Boks a couple of times and that’s a waste.

But beating South Africa was something I never experienced with Wales, so I know just how much we should all celebrate this result.