Posted on 25th May 2016 by admin in Shane Williams 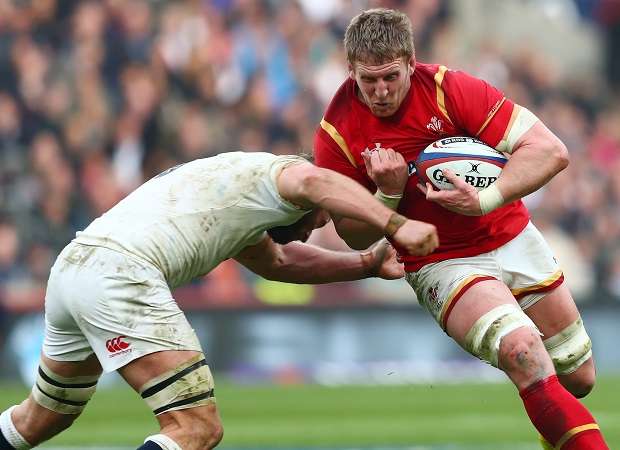 The return of Bradley Davies to Wales on a national dual contract next season came as a surprise to some, especially as he chose to join the Ospreys rather than the Blues, but it is good news for all concerned.

There is little doubt that being properly monitored and regulated – both physically and mentally – by the national team is going to give the players the best chance to perform more consistently at the highest levels for both their region and country.

But the biggest carrot for Bradley in returning from Wasps, one of the high flyers in the Aviva Premiership and indeed Europe this season, must have been to train and play alongside Alun Wyn Jones.

With Luke Charteris and Jake Ball they provide Warren Gatland with some great options in the second row, but Alun Wyn is the always the first pick.

It is interesting to note that while Bradley has won 54 caps since coming on as a 71st minute wing replacement for me against Scotland at Murrayfield, he has made only 38 starts for Wales. Of the 22 games he has started alongside Alun Wyn he has only won 12.

In fact, they lost their first six games playing together – three against New Zealand, Australia, South Africa and England. The only point this all goes to prove is that there is plenty of room for improvement in the partnership.

If they can grow to understand each other’s game more easily then who knows where they might be able to go? Perhaps Bradley has an eye on a first British & Irish Lions tour next season in New Zealand.

He will have learned a lot playing in England and I’m sure he and Alun Wyn will recognise that they face huge opposition for places on next year’s Lions tour with the Gray brothers, Jonnie and Richie, combining so well for Scotland and George Kruis and Maro Itoje proving so successful for Saracens and Grand Slam England.

While I’m obviously pleased to see Bradley choose my old club for his return to Wales, I do think it was the best option for him.

Going back to the Blues would have been too easy, too comfortable and, perhaps, less challenging.

Now he will have to battle to not only keep up with Alun Wyn on the field, but also in the gym and on the training field. The man is an animal who only knows one way to do things – flat out!

But while he will be trying to match the standards of one of the greatest forwards Wales has ever produced, he will also need to keep one eye on the rising young lock stars coming through the ranks.

Rory Thornton and Adam Beard have made huge strides this season and are hungry for success.

Throw into the mix a fit-again Lloyd Ashley as well, and Steve Tandy has got some fantastic combinations to play with in his boiler-house next season. The sparks are going to fly and the competition within the club can only be good for all of them.

Hopefully, Bradley and Alun Wyn can pack down together for Wales in New Zealand next month.

No harder place could there be for them to launch their new partnership, but Wales will need their power and commitment if they are to stand any chance of ending the 63 year wait for a win over the All Blacks.

Before they arrive in Auckland, though, they have the chance to bring England down a peg or two at Twickenham this weekend.

What an opportunity that is going to be for everyone after the defeat in the Six Nations.

England have improved dramatically since the Rugby World Cup and, even without those players who will be with their clubs in the Premiership final, they will be very strong.

But there is nothing quite like seeing a white shirt in front of you to stir the emotions for a Welsh player.

English rugby is in a very good place at the moment, but there could be no better way to head to New Zealand than with a morale boosting win over the auld enemy in their own back yard. Beat the Grand Slam champions at Twickenham and then anything is possible in New Zealand.

I’m sure Warren Gatland will play his strongest possible squad and there will be an element of revenge in mind after the side went missing for the first hour of the game in the Six Nations. I’m sure there will be a positive reaction and a much better start this time.

What a great opportunity this Welsh squad has ahead of it – a game against the best team in the Northern Hemisphere followed by three Tests against the world champions.

Let’s see what they are made of!