Sonny Bill Williams probably thought he would get away with it just as generations of All Blacks had been getting away with all sorts of blue murder. History would have told him that red cards were for suckers, not for Kiwis.

The man himself behaved as if the silver fern guaranteed immunity from being sent off, that he, like some who wore the jersey before him, were above the law. Until Jerome Garces put so many of his predecessors to shame and actually made the punishment fit the crime, New Zealanders had been given their marching orders once in a lifetime.

Before the second Test, Kiwis the world over could reject accusations of skullduggery by citing arguably the most shameful record in the book, that fewer of their players had been dismissed for foul play than any other Tier 1, or Tier 2, nation.

Two had gone in 112 years, a fact which had little to do with All Black sportsmanship and a great deal with too many referees failing for too long to make a stand. Williams smashing his shoulder into Anthony Watson’s face left the admirable Garces no option but to apply the force of the law.

Judging by his mealy-mouthed reaction to a replay of the incident in his role as an assistant referee, Jaco Peyper gave the impression that, had it been down to him, Sonny Bill would have been let off with nothing more damaging than ten minutes in the bin.

Thanks to their inside centre’s witless act, the All Blacks have unwittingly slashed the average time between sending offs from 46 years to 31. The next one, unless they box clever in front of M. Garces, is not due, therefore, until 2048.

While accepting that skeletons in cupboards across the rugby globe know no international bounds, it is a stain on the good name of the game that at least six All Blacks have never been brought to justice for crimes on the field. They never will.

Admittedly referees of yesteryear had to manage without recourse to technology.  There was a time, and it lasted until shortly before the advent of professionalism, when the Establishment gave the distinct impression of frowning upon any referee daring to mar an international occasion by sending anyone off.

Not the done thing, old boy. The Unions’ flat refusal decade upon decade to allow touch judges to advise on foul play reinforced the ‘see-no-evil’ culture.   When one referee, George Crawford, walked out of a Bristol-Newport match in September 1985 as a protest against gratuitous violence, the RFU might have backed the referee and come down on both clubs like a ton of bricks.

They tipped them over Crawford instead and gave the Ulsterman a severe reprimand when they might have been better served for applauding his action as an amateur referee motivated by nothing more than a love of the game as a diversion from a Metropolitan Police career which took him all the way to chief superintendent.

It was only some while later, almost as an after-thought, that they reacted to pressure and decided to reprimand Bristol if not Newport. Now safely out of harm’s way as mayor of Epsom and Ewell, Crawford would be interested in New Zealand’s very own ‘black museum’, hardly in the same league as Scotland Yard’s but one involving some of his refereeing contemporaries. 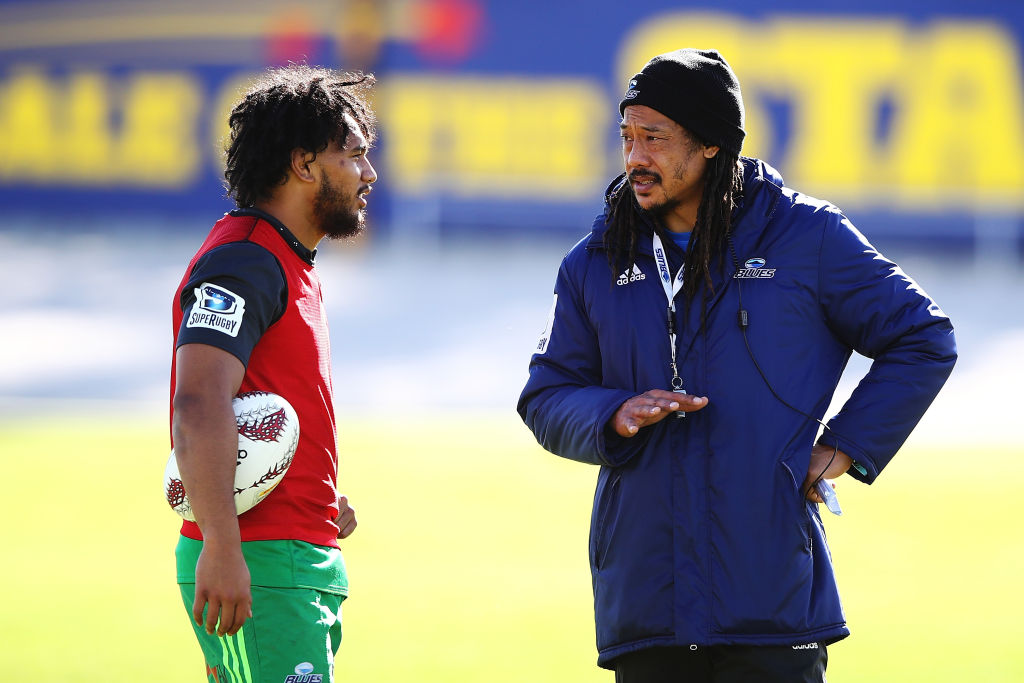 Grey area: Blues head coach Tana Umaga refused to be drawn on the 2005 spear tackle on Brian O’Driscoll when they met the Lions last month (Photo by Hannah Peters/Getty Images)

It features nine incidents of varying notoriety from within the last 40 years, each one a sight for sore eyes.

November 1978 at Cardiff Arms Park – the Andy Haden/Frank Oliver dive which Wales say tricked the late Roger Quittenton into awarding the decisive penalty. The English referee denied any such thing. No action taken.

December 1978 at Bridgend – All Black prop John Ashworth stamps on JPR Williams’ face leaving a hole in his cheek which required 30 stitches. Almost 40 years on, JPR has given up waiting for an apology. No action taken.

October 1980 at Stradey Park – Scottish referee Alan Hosie appears to send All Black lock Graeme Higginson off against Llanelli, then appears to change his mind after home skipper Phil Bennett makes an impassioned plea on behalf of the Kiwi. No action taken.

August 1993 in Brisbane – Australia wing Paul Carozza touches down for a try in the corner, then has his head smashed into the turf by a late foul from All Black prop Richard Loe.  Carozza leaves with a broken cheekbone, Loe stays. No action taken.

October 1993 at Reduth – Phil de Glanville, playing for South-West Division against the New Zealanders, is kicked in the face at a ruck. All Blacks said it was an accident. The home camp thought otherwise. No action taken.

November 1993 at Twickenham – Kyran Bracken is in the early moments of his England debut when All Black flanker Jamie Joseph stamps on his ankle, causing a diplomatic incident that rumbled on for days. No apology.  No action taken.

June 2005 at Christchurch – Brian O’Driscoll’s Lions series is over almost before it begins as victim of a ‘spear’ tackle from Tana Umaga and Keven Mealamu. There was, at the very least, a case to answer. The citing commissioner, a South African lawyer, rushed straight to the airport and caught the first plane home.

November 2012 at Millennium Stadium – All Black hooker Andrew Hore flattens Wales lock Bradley Davies with a punch from behind, apparently missed by South African referee Craig Joubert and his assistants. Hore plays on before being cited and given a four-week ban.

November 2012 at Murrayfield – All Black flanker Adam Thompson stamps on the head of Scotland’s Alasdair Strokosch. The All Black escapes with a yellow card from referee Nigel Owens but is cited and banned for one week.