Peter Jackson column: Rugby has become too destructive for own good

Posted on 17th June 2016 by admin in Peter Jackson 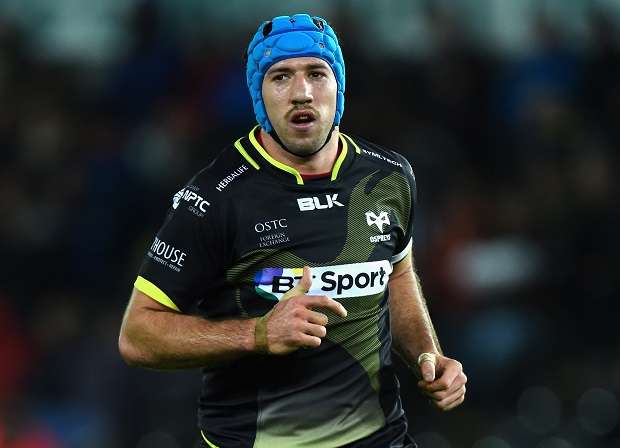 The human wreckage of one club’s season can be gauged from some brutal facts – 30 significant injuries requiring more than 20 operations. The most startling aspect of the Ospreys’ case history for the season just ended is not that it affected 30 different players, nor that the blows led to so much surgery but that the figures are considered in the trade as “pretty normal”.

Connacht, for one, would concur. In the course of becoming the most surprising league champions of all, they were obliged to use a grand total of 46 players. At more than one stage of the nine-month slog they were without virtually a complete team.

Other clubs in different leagues laboured under the same handicap. They shrug it off as an occupational hazard in a sport which at the highest level has long made a mockery of its historic claim to be one for all shapes and sizes.

The big beasts have taken over. The power game becomes ever more so with the dawn of every new season, raising collisions to the point where the damage cannot always be seen, as with those forced to sit the summer Tests out because of concussion, such as Justin Tipuric.

He is one of the 30 knocked out of action at various stages of an Ospreys’ season where they failed, again, to make a dent in Europe before finishing a long way adrift of the Pro12 play-offs.

Their injury catalogue began during the first match last September and it was still being added to three weeks after their last one a month ago. Wales centre Ashley Beck, the first casualty, had still not reappeared when Danny Lydiate became the last as a consequence of Wales’ embarrassment at Twickenham a fortnight ago. Beck had been out of action after breaking an ankle the previous February when he came off the bench as a second half substitute against Ulster in Belfast only to rupture knee ligaments. His season was all over in six minutes.

No sooner had the Ospreys lost one of their hefty Wales contingent than they lost another with Rhys Webb’s shattering removal from the World Cup the following day. As if that wasn’t bad enough, Ospreys paid a still more painful price for the damage done elsewhere during the tournament.

Tyler Ardron injured a knee captaining Canada against France. Surgery followed after his return to Swansea, leaving the rest of his season in such a fractured state that he managed just two Pro12 appearances. His compatriot, Jeff Hassler, suffered similar disruption because of a World Cup blow that required shoulder surgery in April.

Ardron can at least look forward to starting again next season. Another Ospreys back-row forward, Tom Smith, suffered a worse fate. By October, after enduring six operations in 12 months, he gave up the unfair struggle to get his knee back in playable condition and retired.

In the same month the region lost their 18-Test centre Andrew Bishop, forced into premature retirement despite three operations on his back. By November the South African lock, De Kock Steenkamp, had been released, his Welsh career restricted to two matches in 14 months by Achilles tendon and hip operations.

It dogged them right to the bitter end and, in Lydiate’s case, beyond. Hanno Dirksen, the South African wing who had qualified for Wales before a serious knee injury laid him low, is now recovering from another, a second operation leaving him resigned to sitting out the opening months of next season.

Two other promising members of the new generation, Rory Thornton and Olly Cracknell, suffered from concussion. The starker reality is that, far from being an isolated example of extreme misfortune, clubs across the country will have struggled to cope with blows as destructive as those nursed by the Ospreys.

The most alarming aspect of all is that such a crushingly long catalogue seems to have lost its capacity to cause alarm within the sport itself.

World Rugby will wring their hands and the Unions will blather on about player-welfare while arranging ever more Test matches.

Neither seems willing to acknowledge an uncomfortable truth, that, by its pulverising nature, the sport has become too destructive for its own good.