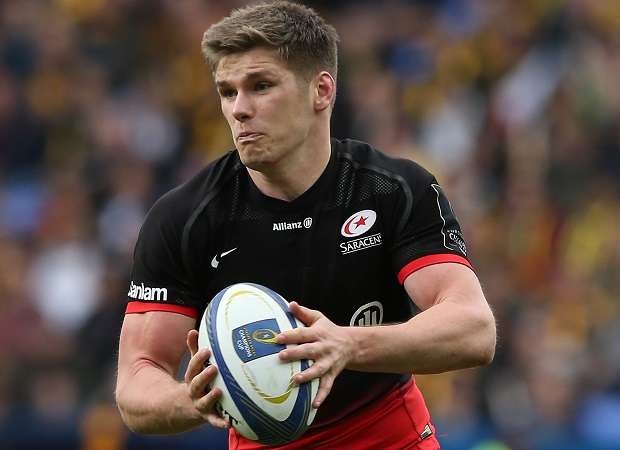 At close of play on Friday night, 23 players had been sent off in European club competition this season compared to 37 during the whole of last season.

Taken at face value, those facts would seem to suggest one of two trends – that players are better behaved or that referees are missing a few tricks too many. Another set of figures leaves no doubt they are missing more than a few.

Already this season, more players have been cited for red-card offences, found guilty and banned accordingly than the previous season. There have been 36 such cases across the three major Leagues and two European tournaments since September, two more than in 2014-15 with six weeks of the current campaign still to run.

In other words, two-thirds of those who ought to have been given a straight red in accordance with the Laws of the game at the time of the incident, either spent ten minutes in the bin or carried on playing as though nothing had happened to stop them.

Nobody in his right mind expects the referee to see anything and everything in the maelstrom of 80 minutes but he does have an imposing support team to help him ensure that nobody escapes the long arm of the law.

The more resources put at his disposal, the less excuse the referee has for failing to take appropriate action. He can call on his two assistants and if two additional pairs of eyes are not enough, he has recourse to the magic eye, the one that sees everything as operated by the TMO.

Why, with all that at their disposal, do referees still fail to see what at times is not just strikingly apparent but blindingly obvious to those watching on television? Joe Marler’s kicking of Grenoble hooker Arnaud Heguy during Harlequins’ Challenge Cup semi-final and Owen Farrell’s dangerous tackle on Wasps’ scrum-half Dan Robson are the most recent examples.

Farrell got off lightly with ten minutes in the bin before a disciplinary tribunal suspended him for two weeks on the basis that the referee, Romain Poite, blundered in not showing a red card. Marler ended up banned for the same period after escaping any punishment during the match.

Measuring the degree of danger in any tackle is not difficult when the degree is serious enough to leave the spectator wincing at the head-high collision he or she has witnessed. Fergus McFadden’s hit on Damien Hoyland during Leinster’s Pro12 match against Edinburgh last month was the most dangerous I have seen all season.

It was more of an assault than a tackle yet the referee, Marius Mitrea and the TMO, Dermot Moloney of the IRFU, failed to see anything wrong with it after looking at the video evidence. Mercifully, the citing commissioner, Tim Lowry also from the IRFU, saw it for what it was, acted accordingly and McFadden got three weeks.

Delayed justice is better than no justice but nothing is as effective as justice meted out on the spot. Too often, as the escalating number of citings illustrate, the offender is allowed to stay on the field, thereby giving his team every chance of being able to show that crime does pay, at least in the short-term.

Football referees can be every bit as fallible as their rugby brethren, as seen during the week’s Champions’ League semi-finals in Munich and Madrid but at least they have the excuse of having effectively no recourse to technology.

The safety net provided by the TMO in rugby does not exist in soccer.

Their rules prohibit their referees from taking a second look, a luxury which in rugby, an infinitely more complex code, ought to be yielding more effective results.

Between them referees and TMO’s got it wrong on the cases of Marler, Farrell and, worst of all, McFadden. The system is designed to leave no excuse for far more red cards and far fewer citings, instead of the other way round.