Posted on 14th April 2016 by admin in Peter Jackson 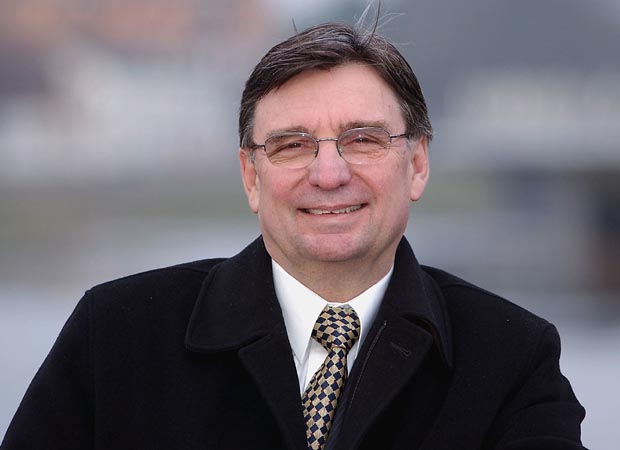 The Dragons’ ‘For Sale’ signs had no sooner gone up at Rodney Parade than a controversial figure began putting some distance between himself and his regional creation.

David Moffett, the architect of  Welsh Rugby’s much-maligned regional structure, took off from London on Friday morning after a private visit. Had he wanted to get as far away as possible from the idea of buying the Dragons, then the WRU’s former chief executive could hardly have gone to greater lengths.

By the time he touched down yesterday, Moffett, below, was 10,000 miles away, in Australia. Conspiracy theorists would have had a field day if only they had known that he had spent the last few weeks ‘on holiday’ across the border in England.

The idea that Moffett had come to evaluate the lie of the Dragons’ land on behalf of prospective buyers would have been hard to resist. Undaunted by his failure to take over the Welsh Rugby Union, why not engineer another daring mission and take over one of their four regions?

The man himself dismissed any such notion in language which left no room for doubt.

“There is no way on God’s earth I would invest in a professional rugby team in Wales,” he said for starters. “Why? Because I think all four regional teams have been quite appalling.

“Despite having been given millions and millions, they have been abject failures. They have won nothing in European terms. The same cannot be said of the Irish teams.

“Their four provinces produce all the Irish international players and yet they have been able to win the big European prize, not once but on several occasions.

“What’s more, the Welsh regions have done very little to engender support from within the regions they are supposed to represent. Look at the crowd, or rather the lack of it, for the Scarlets’ home fixture against the Blues last week – below 10,000 for an important game.

“It supports my belief that they have failed to excite enough supporters at the clubs within their region. Anyone thinking about investing in the Dragons should look very hard at it. Unless you have very deep pockets, I cannot imagine anyone would want to buy into a professional franchise.

“In my view, there is only enough room for three professional teams in Wales – one in the north, two in the south. Welsh rugby cannot support four teams.

“People will pooh-pooh me for saying that. But you take one team away and you have a lot more money to share among  the other three.”

Moffett created five regions back in 2002 one of whom, the Celtic Warriors, went out of business after two seasons. Now he admits he made a mistake.

“Yes, I was the architect but I have a track record of putting something in place and changing it if it doesn’t work,” he said. “I did that during my time as chief executive of the New Zealand Rugby Union.

“They had a system of how the game was going to be funded and it would have made the Union bankrupt. I changed it so we went for a risk-and-reward approach.

“The WRU now need to change and cut the number of regional teams by one. There may have been an argument for three from the very beginning but it was never going to happen.

“My motto is that the soft option is always the wrong option. The guy who told me that, over lunch when I was running the NRL (National Rugby League) in Australia, was Kerry Packer. He spelt it out and said, ‘son, don’t you ever forget that’. I haven’t.

“The WRU have got to stop taking the soft option. It will be painful but sometimes in life you have to go through pain. They should be giving the regions three years to get their house in order and if they haven’t done it by then, one of them has to go.

“The world has changed in the 13 years since they came into operation. The only change the WRU have made in that time has been to get rid of (Roger) Lewis (ex-chief executive) and (David) Pickering (ex-chairman).

“Since I put the regional teams in place Wales have won three Grand Slams and they are no longer the laughing stock of world rugby. But the regions are as far away from winning the European Cup as they’ve ever been.”

There can be no denying that but the regions can at least show Moffett and other doubting Davids the world over that they have enough box-office appeal to fill the Principality Stadium for the Judgement Day double-header on April 26. How close they get remains to be seen.