Home / Features / Columnists / Nick Cain / All Blacks will have to dig deep to keep that No.1 tag

All Blacks will have to dig deep to keep that No.1 tag 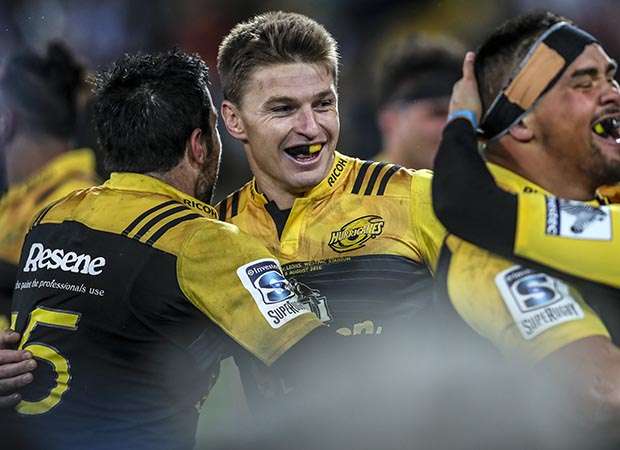 By the time England are next scheduled to play New Zealand in the autumn of 2017 it will have been three years since the teams met. Their last Test, in the 2014 autumn series, finished in a narrow win for New Zealand at Twickenham – and with the All Blacks not due on English soil for another year, the chance for Eddie Jones’ team to measure themselves against the world champions will have to wait.

It might take a lot longer if Steve Tew does not get off his high horse. As revealed in The Rugby Paper last week, the NZRU’s chief executive is currently demanding a 50 per cent split of  Twickenham’s £6 million gate for New Zealand the next time they play England at the ground. He is also demanding that the Northern Hemisphere season be rejigged to accommodate the Southern Hemisphere seasons which runs from February to November.

England should tell Tew to get stuffed. So far, that is exactly what his RFU counterpart, Ian Ritchie, is said to have done – even though the language may have been more diplomatic. Tew is attempting to leverage New Zealand’s influence as double world champions to the maximum, while forgetting that although there is respect for the sustained excellence of the All Blacks on the rugby field, it does not extend to their arrogant administrators.

This is especially the case when, having failed regularly to fill the relatively small stadia in New Zealand for Test matches over a number of years due to poor marketing, let alone those in Super Rugby, the NZRU try to muscle-in on overseas gate money.

The consternation shown by Tew, and his NZRFU flunkies and media mouthpieces, after the All Black Sevens side were unexpectedly ditched out of the Olympic tournament in Rio, underlined the dangers of thinking that because your team is wearing a black shirt somehow the rest of the world should pay homage to it.

The burning question over the next two months will be whether New Zealand are capable of making their Southern Hemisphere rivals, South Africa, Australia and Argentina bend the knee in the 2016 Rugby Championship.

Given that this SANZAAR tournament features the four semi-finalists at the 2015 World Cup playing home and away, it should be the gold standard of the international game. However, with New Zealand winning the title 14 times in the last 21 years, and Australia (four titles) and South Africa (three titles) languishing a long way behind, it has been unhealthily lopsided.

Argentina, who joined the Rugby Championship four years ago, have yet to win a title. However, their 2015 World Cup surge will mean they are taken seriously despite the Jaguares – who are almost the Pumas in disguise – having a disappointing inaugural Super 18. Argentina will be a threat to everyone, especially on home soil, but the main challenge to New Zealand is still likely to be old foes Australia and South Africa.

The last side to beat New Zealand was Australia this time last year in Sydney. The Wallabies won 27-19 with a sniping try by replacement scrum-half Nic White – who has since departed for Montpellier – seeing them home.

That victory laid the foundations for Australia to land only their second Championship title in 13 seasons, but it was the All Blacks who won the silverware that counted most when they romped home in the last quarter of the World Cup final at Twickenham a couple of months later to beat the Wallabies 34-17.

Australia will fancy their chances of starting this Championship campaign by gaining revenge in Sydney – not least because their squad is more experienced now than a New Zealand outfit undergoing an overhaul. 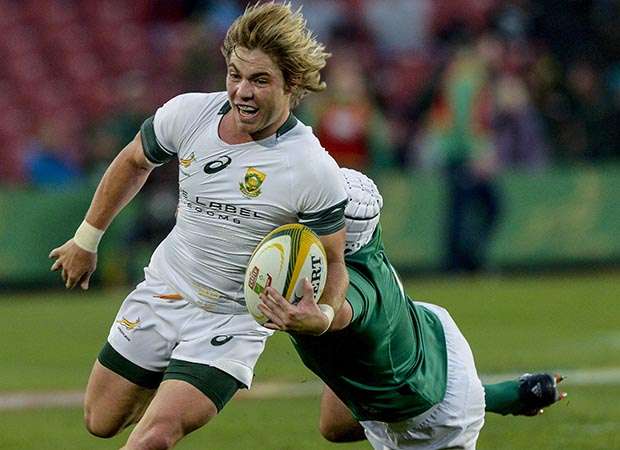 I suggested recently in these pages that on their summer tour Wales did not apply enough defensive pressure to rattle a New Zealand side shorn of the immense experience of Richie McCaw, Dan Carter, Ma’a Nonu, Conrad Smith, Tony Woodcock and Keven Mealamu. Add to that the injuries to quicksilver wing Nehe Milner-Skudder and the Achilles heel injury sustained by Sonny Bill Williams in Rio, and newly-reappointed head coach Steve Hansen is having to dig into the reserve bank.

Australia know they cannot afford to give New Zealand the amount of leeway the Welsh did. The Wallabies also have the benefit of home advantage in the opener, and a deep desire to put their humiliating 3-0 series defeat by England in June behind them.

The Australians will have taken note in particular of how key players in the New Zealand backline were hustled out of their stride when the Highlanders were swamped in the Super 18 semi-final against the Lions in Johannesburg.

The Highlanders boast All Black attacking linchpins Aaron Smith, Ben Smith, Waisake Naholo and Malakai Fekitoa, but faced with the pace and aggression of the Lions around the fringes and out wide, the aura of Kiwi invincibility was shattered.

Aaron Smith is acclaimed widely as the best scrum-half in the world, but he was matched for skill, speed, and tenacity by the Lions and incumbent Springbok No.9, Faf de Klerk, above. At the same time Lions fly-half Elton Jantjies outshone Lima Sopoaga, wing Ruan Combrinck lost nothing by comparison with Ben Smith and Naholo, and outside-centre Lionel Mapoe was more incisive than Fekitoa.

All of them are included in coach Allister Coetzee’s 31-man South Africa tournament squad even though the tables were turned on the Lions in the Super Final in Wellington, where the Hurricanes won a scrappy match at a rain-sodden Cake-Tin. However, the best of the South African franchises will have done enough to give Australia coach Michael Cheika food for thought on how to stick a spanner in the New Zealand works.

Whoever succeeds Carter at fly-half, whether Aaron Cruden or the sparkling Beauden Barrett, top, will be top of the Aussie and Springbok hit lists. Cruden, below, is the more orthodox and experienced of the two, and will probably get the nod because Hansen likes his grit. Hurricanes playmaker Barrett scored the decisive try of the Super 18 final, and is frequently a match-winner on the counter-attack, but there are still concerns over his goal-kicking and capacity to run a Test for the full 80 minutes from fly-half.

The All Blacks also face being targeted in areas in which they have been peerless for decades. In midfield the likely centre pairing of Ryan Crotty and Fekitoa does not have the same menace to it as one permed from Ma’a Nonu, Conrad Smith and Sonny Bill Williams.

Crotty and Fekitoa are much more than journeyman, and both are good finishers, but neither possess show-stopping talent of the sort Nonu showed with his sign-off try at Twickenham in the World Cup final.

Then there is the back row, where the departure of McCaw puts a much heavier load on the shoulders of No.8 Keiran Read and veteran blindside Jerome Kaino. The contenders for McCaw’s vacated 7 jersey are Sam Cane and Ardie Savea , the younger brother of All Black wing, Julian. 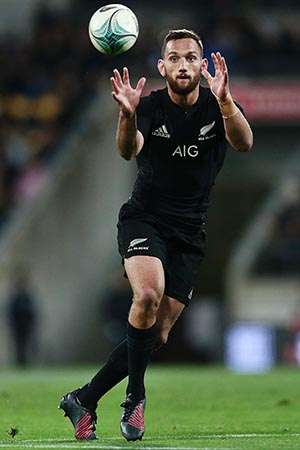 Cane is the front-runner, but it is worth noting that many of his 34 caps came as a replacement when understudying McCaw, and therefore his international experience is not as extensive as it looks. It’s fair to say that there is nothing that the Chiefs captain and openside does not do well, but the idea that he is a second reincarnation of McCaw is fanciful.

Cane, 24, has not yet become the constant menace McCaw was at the breakdown, and nor does he have the same uncanny right-place right-time radar of his mentor.

The point of difference that Ardie Savea brings is that he is quicker than Cane and has fast-twitch dynamism, but at 22 he is still green at elite level and much more likely to shoot down blind alleys. Where Cane is earning a reputation for being wise for his years and able to think clearly under pressure, Savea is more impulsive.

This week Kaino, 33, was talking up the merits of not only Savea but also the young Wallaby backrower Sean McMahon. He described McMahon, who was wrapped up pretty effectively by the England pack in June, as “an absolute freak”.

Fulsome praise of this sort is often reserved by the All Blacks for the bloke they most want to play against, because they are confident they have got his number. Kaino added: “Those games (between Australia and England) could have gone either way – in a few of them the bounce of the ball went their way.”

Kaino’s entitled to his view, but for all three Tests to have been won by England on the bounce of the ball is playing too fast and loose with the evidence.

However, not quite as fast and loose as Tew’s threats about refusing to play at Twickenham if England are not prepared to pay £3 million to host New Zealand.

Call his bluff. If it takes until Japan 2019 before England next play New Zealand, then so be it. In the interim the RFU should warn the NZRU that if the All Blacks boycott Twickenham they will no longer support Lions tours – which are one of sports tourism’s biggest money spinners – going to New Zealand.