Nick Cain: Fiji were fab but 7s is a glorious sideshow 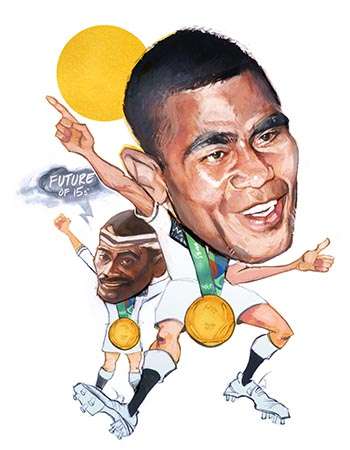 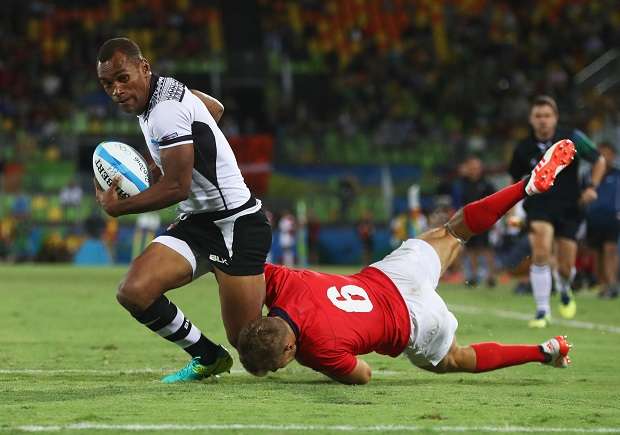 Congratulations to Fiji for winning their first medal of any sort at the Olympics, and making it gold by dominating the Rio Sevens in scintillating style with their power, athleticism and basketball handling skills.

Congratulations also to a Great Britain team which exceeded all expectations to win the silver by beating South Africa, Argentina, New Zealand, Japan and Kenya along the way. That they did it despite the handicap of not being able to play as a team in the World Sevens Series – unlike all of their rivals – was all the more noteworthy.

It was unfortunate for GB, and their outstanding captain Tom Mitchell, that they were demolished 43-7 in the final at the Deodoro Stadium after saving their worst performance till last, while Fiji delivered their brilliant best. The harsh reality was that GB were out of gas following a strength-sapping semi-final against South Africa, whereas Fiji, coached astutely by former England Sevens coach Ben Ryan, still had an almost full tank after cruising past Japan.

Fiji is the nation which cherishes the Sevens game more than any other, and it is the one which has excelled at it more than any other. I can vouch for that as a regular visitor to the Hong Kong Sevens who witnessed Waisale Serevi’s magic when the Fijians were in their pomp in the late 1980s and 1990s and the abbreviated code first achieved lift-off on the global sporting calendar.

It’s that love of Sevens that made it fitting that Osea Kolinsau’s side had their reward, not only sparking wild celebrations in Fiji, but also providing great sporting entertainment to the TV-watching millions around the world.

platform of the Olympics to show that rugby is a vibrant spectacle which combines athleticism, skill, power, pace and sportsmanship.

By the end of the tournament Sevens had proved that it is a great addition to the Olympics, making one of the most successful first appearances on record. The IOC will vote next year whether to include Sevens beyond the Tokyo games in 2020, and on this evidence it is a no-brainer.

However, to those jumping on the Sevens bandwagon before the Fijian players had finished their communal singing and prayers in thanks for victory, it’s time for a reality check. While many pundits were pontificating about Sevens taking over from 15-a-side as rugby’s new driving force, they were also revealing their lack of knowledge about the realities of the abbreviated code.

The Sevens in Rio was in a different stratosphere to most elite rugby in terms of aerobic fitness, and it was played by highly trained professional and semi-professional athletes. Even for the most dedicated and fit amateur club player Sevens is a gruelling prospect. That’s why, when faced at the end of training with a game in which just Seven bodies patrol a full-sized pitch, many of their team-mates head for an early bath.

The reality is that Sevens is not a perfect fit for all of rugby’s diverse body types, especially those in the front five of the pack, or those who have an allergy to lung-busting exertion.

That is why, as far as the amateur ranks anywhere are concerned, I am unconvinced that there is suddenly going to be a mass exodus from 15s to Sevens.

In developing rugby countries the likelihood is that touch rugby would be the most obvious introduction, with players then gravitating to whichever form of the contact game suits them best. However, the idea of hundreds of thousands of new converts flocking to Sevens specifically seems far-fetched, especially when most rugby clubs see it as an adjunct to 15s.

The sheer physical demands of the sport are reflected in the World Sevens Series schedule. The top end Sevens pros generally spend three months doing intensive training before embarking on a five-month season which features ten tournaments in different parts of the world. This usually sees two tournaments played on consecutive weekends before a break of anything between a month and six weeks before the next pair.

My hunch is that if you were watching Sevens tournaments as opposed to 15s matches every weekend the lack of tactical variety would soon dull the appetite of spectators, and the physical demands on the players would see them in bits.

The trick with the Olympics, which comes about only every four years, and with the annual World Sevens Series, is that less is more. Sevens is compelling viewing basically because it is served up in short, intensive, entertaining bursts.

For those reasons it is essential that World Rugby/IRB encourage national unions to maintain the strongest links between 15s and Sevens, and to treat them as part of one game rather than creating two different sports. If that means utilising Sevens to develop promising U20 talent which competes in the Olympics en route to becoming the new generation of 15s stars, it’s a win-win.

By contrast, two separate sports could see Rugby Union fragment with 15s and Sevens competing for the same pool of resources in terms of players, coaches, fans, sponsors, stadiums and facilities. Take that route and the feelgood factor from Fiji’s golden display in Rio will soon lose its lustre.