Nick Cain Column: Refs must crackdown to prevent this abuse 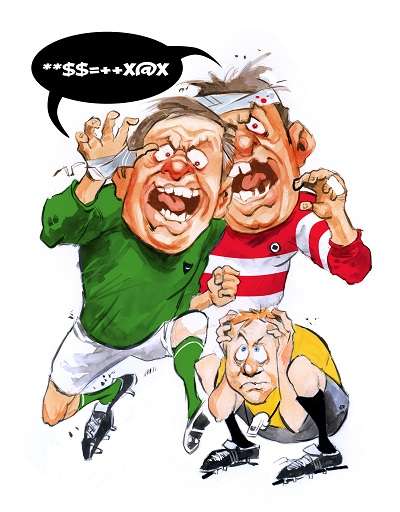 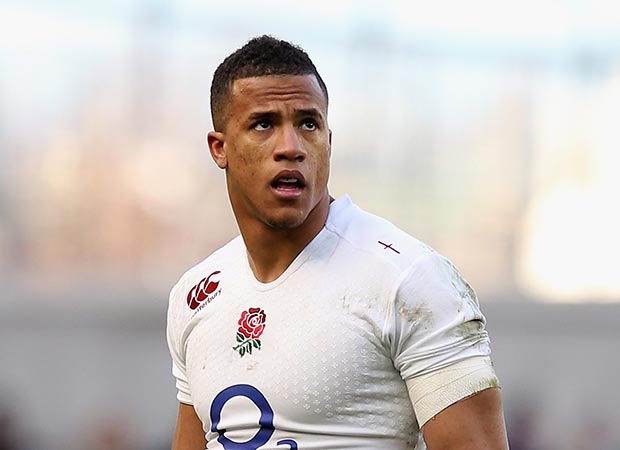 The growing unease in English Rugby Union’s refereeing ranks about the rise in football-style abuse of officials, as well as a marked decline in sportsmanship on the field, was highlighted in The Rugby Paper’s front page lead last weekend.

While a degree of sledging and banter has always existed between players – and broadly speaking has been accepted – officials have flagged up their concerns that verbal rants and yob behaviour aimed at them has increased to unacceptable levels.

The trend, usually linked with football, is reflected in a worrying increase in coaches, players, and supporters targeting referees with aggressive, insulting and intimidatory language. The decline in standards is also evident in the sharp rise in players trying to influence officials to punish their opponents, often by brandishing dummy cards.

The decline in standards was reflected in the shenanigans at the Rec a fortnight ago when Bath and England winger Anthony Watson was sent off for a dangerous but accidental upending of the Saracens full-back Alex Goode as he rose for a high ball.

This appeared to trigger a behavioural meltdown precipitated by Saracens winger Chris Ashton – who Watson had stumbled over before crashing into Goode – jumping up and appealing for a card and then shoving the Bath player in the back.

When the melee that followed was broken up, and Watson was shown the red card by referee Greg Garner, he was clearly angry at Ashton’s hand in his early exit, and vented his frustration with a volley of invective directed at the fourth official. This, even though it was the referee’s decision to issue the red card.

To make matters worse, an irate Bath supporter then attempted to berate Garner after entering the changing room area after the match, and had to be removed.

The concerns among match officials that abuse directed at them is a growing problem will not have been assuaged by the lenient two-week ban given to Watson by an RFU disciplinary tribunal this week. When you consider that Dylan Hartley was sent off in a Premiership final and banned for 11 weeks for a verbal tirade in which he called Wayne Barnes  “a ****ing cheat”,  it is not difficult to detect a clear inconsistency in their punishments.

It is important for the RFU’s disciplinary panels to recognise that such discrepancies in sentencing do match officials no favours. They frequently give rise to frustration throughout our sport, with the viewing public, coaches, players and referees incredulous at some of the decisions.

Watson’s hitherto good disciplinary record undoubtedly counted in his favour, whereas Hartley’s long rap-sheet counted against him, but the reality is that unless referees want to become hounded in the way they are in football they are going to have to take action themselves – and to demand that the disciplinary system backs them to the hilt.

They have powerful allies, with Eddie Jones making it clear this week that he was unimpressed by the way in which Ashton and Watson handled themselves – although he cut the Bath wing more slack than his Saracens counterpart.

Regarding Watson’s upending of Goode the England coach said: “Anthony Watson is one of the most gifted players under the high ball, and even he makes a mistake. I don’t know what he said to the fourth official, but obviously Ashton didn’t help either (with the push). So, he got angry, said something he shouldn’t have said to the fourth official, and has been penalised.”

It is also up to referees to lay down the law when it comes to deliberate obstruction and unacceptable levels of gamesmanship. The epidemic of players being cleaned-out or held-down off the ball to prevent them competing for it, or delay them getting up in support, has to be tackled with far greater vigilance by referees and should be yellow card offences. So should deliberate diving and shamming, or waving a dummy card to encourage an opposition player to be penalised.

Players appealing to the referee or his assistants at every high-ball, ruck, maul, scrum and lineout for preferential treatment is a growing carbuncle which needs to be removed. Nobody wants a mother’s meeting at every passage of play, and nor does anyone want to listen to a non-stop soundtrack of carping, humourless sledging between teams. Nor when a player has made a mistake should an opponent ruffling their hair in mock sympathy be tolerated. Warn offenders and then penalise them – and if they complain march them back ten metres.

Elite referees have not helped themselves by adopting a culture of talking to players non-stop, virtually offering a coaching session during a match telling them what they can and cannot do. This, inevitably, has encouraged players to talk back to them. In the past only the captain talked to the referee, and the game should revert to that.

Referees need help from national unions like the RFU, but they also need to help themselves in the battle to restore the values of sportsmanship that rugby has always prized.