Nick Cain: Sorry Clive, coaches should stay off the pitch 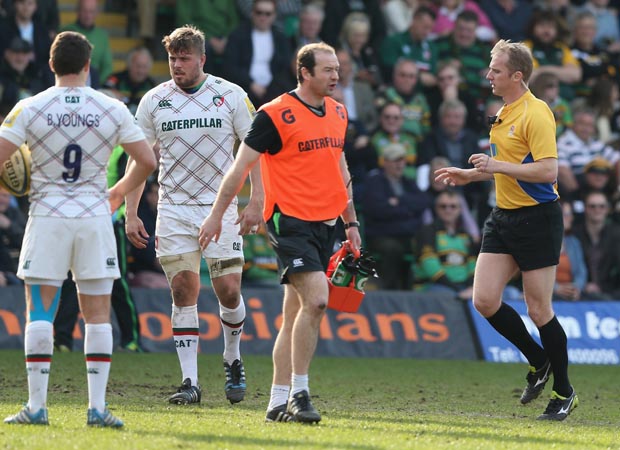 The cult of the coach gathered momentum this week when Sir Clive Woodward stepped into the debate on Alastair Cook’s cricket captaincy. England rugby’s 2003 World Cup-winning coach suggested that because media scrutiny and pressure was now so great on cricket captains like Cook and that it was time for the coach to take control.

Woodward wrote, “He should not be the totemic figure any more, that must be the head coach.” He argued that Peter Moores, the England cricket coach should have a “massively increased role and responsibility” and “take total ownership” of the team in tactics “(deciding batting order, bowling rotations, field placements etc), leaving the captain to concentrate on his game.

Woodward’s view is thought-provoking, but I disagree fundamentally with the concept of turning the captain into little more than a figurehead and making the coach all-powerful. What is interesting is that Woodward has drawn from his own backyard in calling for the coach to be chief tactician and team leader because it has already happened in Rugby Union – and not for the better.

As a player, and as a coach, Woodward always argued that rugby is primarily a players’ game. I agree with that view, and believe that it applies to most team sports (cricket included). It is a contest between the players on the pitch, where they pit their wits and prowess against each other.

The job of the coach is to be an expert selector and strategist, preparing his team to win the contest by maximising on their strengths and exploiting the opposition’s weaknesses. ‘Preparing’ is the operative word. However, as soon as their team takes the field, my belief is that the coaches influence should be curtailed.

The coach has the half-time interval in rugby (or the lunch and tea breaks in cricket) to alter tactics. The deployment of the bench in Rugby Union (which I would limit) gives coaches a further option to influence events. Outside that it should be left to the opposing captains and their teams to get on with it and use their own ability and tactical nous to get an edge.

This means getting rid of the match coaching that has encroached on every aspect of play in pro Rugby Union. Coaches will always want more influence and control – that’s the nature of the beast – and that drive for power is bound to increase when their livelihoods are at risk if results do not go their way. 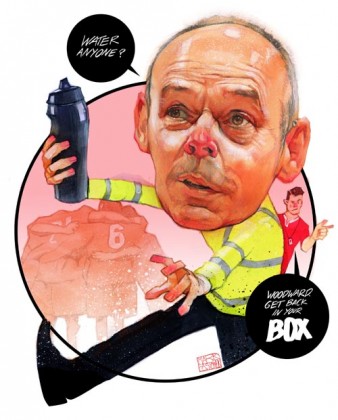 However, there is a balance to be struck between the control exercised by coaches, who are among the best paid participants in the pro game, and the wider interests of the sport – and the blokes in the yellow bibs are a menace.

Coaches pretending to be water-boys so that they can get on the pitch is risible in a pro sport, and it also diminishes the match as a spectacle.

Their presence makes the pitch looked like a school playground, and the breaks in play that are lengthened by their run-on run-off role punctures any dramatic tension that has been building.

Coaching during matches should be put back in its box and, thankfully, there are indications that this is happening. At the recent world Junior World Championships in New Zealand there were restrictions put on the number of water carriers and support staff allowed on the pitch, and in the technical area.

The benefit of relatively uninterrupted matches without the bib brigade hovering on the touchlines eager to impart some coaching gem was striking.

In some age-group matches there are only two water carriers allowed, and they must be reserve players only. There is also an instruction that no personnel may engage in coaching players at any stage during a match. This is what applied before the IRB relaxed the water-carrier ruling in 2011, introducing a ‘protocol’ which allowed Unions and tournaments flexibility in allowing coaches to coach during matches.

There are also question marks over just how effective match coaching is. For instance, you are not always going to get an injury break, allowing water-carriers on, at decisive moments. When the crowd is roaring and the captain has to make the crucial call he has to trust in himself, and his senior players, not the coach.

Nick Walshe, England’s double-winning Junior World Championship coach, offered this candid assessment of match coaching when I spoke to him recently about England shutting down South Africa in the closing stages of the 2014 final to secure a 21-20 victory.

“Sometimes you can overburden players with information… there is no point in getting messages on the sake of it, and to be fair to the boys, in the last 15 minutes they dug in. What are you going to say? Tackle? It’s pretty obvious. We did have an exit strategy, but to be fair they called the strategy to pick-and-drive and work from side to side themselves.”

The IRB appears to be tightening up their misguided water carrier protocol if a clause in an IRB Council meeting in May is followed through.

It stated, “Consideration is being given to further restricting the entry of water-carriers into the playing area.”

It is in the best interests of this sport – and cricket – to leave preparation and selection to coaches, and to encourage a contest on the field where the players use their own tactical acumen and skill to decide the outcome.

*This article was first published in The Rugby Paper on August 3.