Posted on 30th March 2016 by admin in Jeremy Guscott 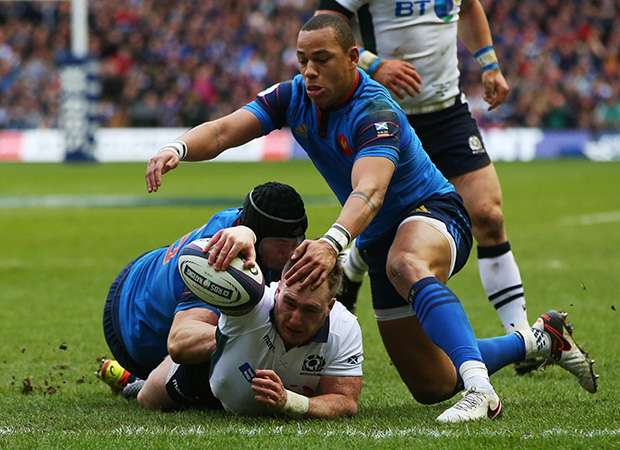 George Kruis did not get onto the shortlist for the Six Nations Player of the Year, but along with the  runner-up, Billy Vunipola, and the winner, Stuart Hogg, he was one of my players of the tournament. Kruis has grabbed one of those second row slots and made it his own in a very short space of time, having been fourth choice in the World Cup only six months ago.

He’s trained incredibly well and put in performances that make him impossible to leave out. With lineout calling it seems that some are born to do it, and some learn it – but there is certainly an art to it.

The gift Kruis has acquired is having the ability to make the right call at the right time, and we have all witnessed lineout systems break down when you have the wrong players in the wrong places. For example, last season when England had a great opportunity to score from an attacking lineout in Dublin, why would you throw the ball anywhere near Devin Toner, who is 6ft 10ins?

England’s lineout has got better with Kruis calling the shots, and when you look at the quality of ball that a smoothly operating lineout delivers you can see why coaches place such great importance on their lineout callers. Kruis has done well in the role for both Saracens and England, and although there was a wobble against Italy it was soon sorted out and put right.

The lineout is a key factor in giving your team momentum, and if you can win 100 per cent of your own ball and nick 40 per cent of the opposition’s – as England did against France with four steals – you put big pressure on them. You can make them sweat even more if you compete on their throw and are consistently disrupting their plans, whereas if you don’t you are simply giving them the ball.

I expect a 4 or 5 to jump in the lineout, scrummage hard, make his tackles, and carry strongly. Kruis does all of that, but the thing that gives him X-factor as a lock is that his engine is world-class. He makes an impact in all of those areas to the extent that you have the impression of him being constantly involved in the game, and being effective. He doesn’t go missing.

The other England forward in the mix is No.8 Billy Vunipola, and he is just starting to realise how good he is, and can be. He’s just got to want it enough, and to realise how much work goes into being a world-class player. Billy’s got all the tools, but when Stuart Lancaster was in charge he was swapping all the time with Ben Morgan. For the moment it’s between him and Josh Beaumont, and the chat he’s had with Eddie Jones appears to have inspired him.

Vunipola has good feet and pace for such a big man, and has that ability to lean into defenders and ride tackles. It usually takes two players to stop him, and when he’s at his best it takes three. Very few players have the ability to influence a game on their own in the way that Billy can, and whether he picks up from the base of the scrum, or attacks up-the-middle or around the fringes, he is threatening the defensive line and forcing it to buckle.

You saw it demonstrated most clearly in this season’s win against Ireland at Twickenham. They just had no answer to Vunipola – and there are not many players who single-handed can be that destructive. Eddie Jones takes the view that Billy can do it every time he pulls on an England shirt, and so far he is responding to the challenge positively.

There is a time in the careers of most players when the spotlight leaves you and it gets a bit dark, but I’m sure that Vunipola is such an asset that if it happens Jones will have some answers. We all mature at different stages, but Billy is now 23 and the signs are that he has got the bit between his teeth.

If it was the ups and downs in Billy’s form that gave Ben Morgan opportunities – and vice-versa – it will be interesting to see how he responds to the challenge from Nathan Hughes next autumn. Before then he will have to show that he can make the same yardage in Australia that he has against Six Nations opposition, but also to bring the same standard in defence in terms of using his power in the tackle.

Stuart Hogg has been threatening to make a mark on the Six Nations for some time, with his quality recognised by the Lions three years ago. The Scotland full-back can see space and opportunities where others don’t, and he has the speed, footwork and sense of adventure to exploit any gap.

Hogg’s passion sometimes overflows, and that is not something you would advocate for too many international players because cool heads win games. However, he produces inspirational moments of brilliance, and his show-and-go before gassing it from 50 metres against Ireland was spectacular.

Hogg needs to work on his passing, but that’s probably because when you can run round people for fun you don’t have to pass the ball too much. He is one of the most exciting backs in the Northern Hemisphere, and now in the world – and we hope to see a lot more of him.

Stuart Hogg is a worthy recipient of the Six Nations Player of the Year award, and the same would have been true had Billy Vunipola won it.