Posted on 19th November 2015 by admin in Jeremy Guscott 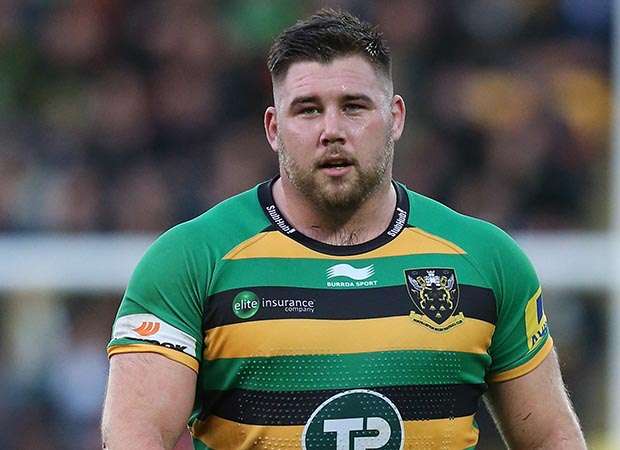 My big concern from England’s World Cup is that we saw a decline in their core strengths at the scrum and line-out. Those elements have to be rebuilt in much the same way as Michael Cheika dealt with his Australian scrum. It is that brutal. It is not a great advert for English rugby when our scrum and line-out is challenged by the likes of Fiji.  England should dominate teams like that at the set piece.

However, we have to accept that few England players would get into a Lions team if it was selected next week and, on paper, England could well finish third in the 2016 Six Nations.

Let’s not confuse huge numbers playing the game with the quality of the players at the elite end. The comparisons between football in England and rugby are becoming closer.

The chances of the England football team winning the next World Cup are remote, but the English club game is booming. The relationship between the Premiership rugby clubs and the RFU is going in the same direction as the Premier football clubs and the FA.

The expectation of England is also based on the huge financial resources of the game in this country.

There is also the sense that the England U20 team has been very successful, having made the last three Junior World Cup finals, and won two of them. But where has the development path of those players gone?

It has been restricted at Premiership clubs, often because of the number of overseas players getting match action ahead of them.

I don’t believe there is one outstanding candidate to take on the England coaching job, and the process to select a head coach is also worrying. There are some smart people in rugby, but unfortunately they are not all concentrated in the RFU.

I find it difficult to understand why the RFU chief executive, Ian Ritchie, has not appointed a director of rugby. I struggle to see why he is in the direct chain of command to select a head coach when he is not the most qualified person to make that appointment, and nor are the other people on his review panel. Why would he not appoint somebody qualified to do that job, especially when his business background has involved him in making appointments to executive positions?

The head coach decision is crucial. If I look at the success of teams in the past, there is a strong selector as head coach who has put some serious coaching brains around the team – Rod MacQueen, Clive Woodward, Graham Henry and Steve Hansen are all in that mould.

I’d like to think that England will go that way, with a head coach/manager who can select the coaching Yodas to develop their elite game. But at the moment I’m seeing nothing from Ritchie that makes that possible, and there is the sense that it is all too self-indulgent because he’s protecting his own position.

The RFU’s coaching sweep should be more ambitious, broader, and more inclusive than that. My view is that you start with a powerful, tough selector who can put in a strong coaching structure. I can see no reason why the next head coach, full-time, should not be in place before the start of the Six Nations.  He should certainly be in place no later than the summer tour to Australia.

Has the new head coach got to be English? Not necessarily, because it should be open to the best person for the job. However, all the coaches in the Premiership, whether English or not, are coaching international players – so, I don’t believe that, because they have not had actual Test level experience, they should be excluded.

Once the new coaches are in place they have some good talent to work with. The likes of Jamie George, Kieran Brookes, Joe Launchbury, Jonathan Joseph, Henry Slade and George Ford are just some of the young talent that can be encouraged and have their eyes opened to what can be achieved.

They will have a hard job to raise confidence, and to give the England players their minds, vision and enthusiasm back, and point them in the right direction. But that’s the job of coaching at elite level.

It will be hard because the England players have been told, robotically, how to play. From what I’ve seen from opportunities which have not been executed, there is a lack of player intuition because they have been TAUGHT how to play rather than COACHED how to play.

From the outside, it appears there is now a lot of uncertainty in terms of trust and respect within the inner sanctum of the England squad, following leaks to the media. I don’t want to hear that sort of thing, because you need a tight squad, and the unknown is always unsettling. The players need to clear the air and repair trust.

As for the new style of play, it is the England players who have to find their own style. That has not been apparent for some time, because for the last four years they have been playing to the style dictated by the England coaches.

The outlook for the Six Nations is not all pessimistic given that Italy and France also had poor World Cups, and England play them away while having the advantage of playing their two hardest games, against Ireland and Wales, at home.

However, first England are away against Scotland. The Scots nearly got through to the semi-finals and Vern Cotter is getting the best out of that squad, and inspiring them. The new England head coach has to get that first game in focus as soon as possible.