Jeremy Guscott: Stuart Lancaster must not bow to PRL double-standards

Posted on 6th May 2015 by admin in Jeremy Guscott 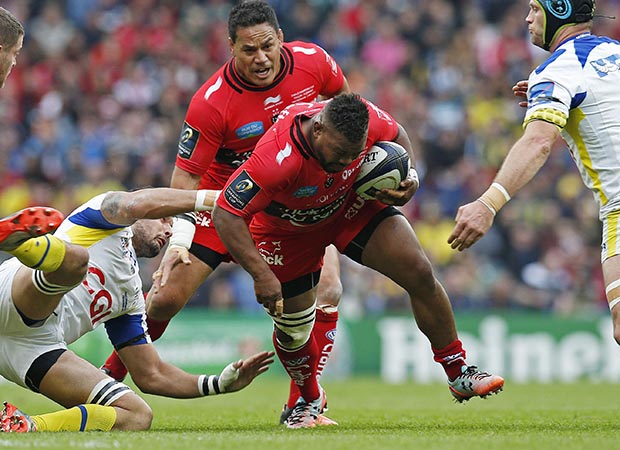 Stuart Lancaster should bring Steffon Armitage into the World Cup training squad he will announce later this month using the ‘exceptional circumstances’ ruling. If he is one of the 45 best English players then he has to feature in the squad, simple as that.

The main selection yardstick is that if everyone in England back-row contention is fit, does Armitage merit a place in the final six? For me, there is Billy Vunipola, Ben Morgan, Chris Robshaw, Tom Wood, James Haskell – and Armitage – with Matt Kvesic and Calum Clark outside that.

What England don’t have is a No.7 who turns over ball and changes the course of the biggest matches, and Armitage has proved that he can do that. At the very least Lancaster knows that, of the main contenders at flanker, Armitage is better than some, and on a par with them all.

If I was England coach I’d consider it essential to see and evaluate a player in my environment so that I could put the best team on the field to win a World Cup. Without doing that you don’t know whether you can work with a player effectively or whether he can fit into your squad and team plans.

As for the campaign by some England players to influence what Lancaster does in selection, I don’t blame them for trying to look after their own interests by suggesting that Armitage could destroy team morale, but it’s a bit immature. Players are not selectors in the professional game, and they should not try to be.

They have tried to put Lancaster between a rock and a hard place when it comes to selecting Armitage. Tom Wood, Tom Youngs and Nick Easter have mentioned how it would send out the wrong message to current squad members who remain in England.

Hearing comments like that, especially from Wood, doesn’t surprise me. Wood could do without the competition. If Armitage was selected the likelihood is that Robshaw would switch to blindside and the Northampton flanker might be on the bench or left out all together.

They have suggested that bringing in Armitage might change the squad culture, implying it will be different in a negative way. Youngs said how much hard work it has taken English-based players to get into the squad and that for someone to come in from abroad would be gutting. Is this inferring that a double European Cup winning overseas-based player hasn’t had to work?

There are also signs that a number of Premiership rugby directors are against the idea of Armitage being selected by England. The backdrop to this is the clubs have started negotiating a new heads of agreement between themselves and the Rugby Football Union, much of which is about how much remuneration they will receive for allowing their players to train and play for England. As a result they’ve made a lot of noise and had plenty of air time plus column inches for their views, all of it aimed at pressurising Lancaster not to pick Armitage.

This is a case of double-standards. There is not a club in the Premiership that has not signed overseas players, and if they are so keen on promoting everything about English rugby why don’t they just use home-grown players?

If Premiership rugby directors were in Lancaster’s position they would bring in an overseas-based player into their squads if they believed he would help them to win championships – yet they are happy to deny the England head coach the same leeway. For instance, how would Harlequins have liked their hands tied over whether they could sign Nick Evans, or James Horwill?

If a home World Cup, which might not happen again for 16 years or more, is not an exceptional circumstance to bring in a player like Armitage, then what is?

There is also a lot of hot air out there about an exodus of England’s best players to France. Very few English players will test the “exceptional circumstances” rule, mainly because they don’t need to. Rewards for top England players are as good as anywhere other than France – but the French clubs will only play huge wages in exceptional circumstances too, i.e. for those who are world-class crowd-pullers.

What Lancaster and others should ask themselves also is what’s the actual difference between bringing Armitage in at late stage, and doing the same with a Rugby League import like Sam Burgess? On one hand Burgess may have played two-thirds of a Premiership season, but on the other there will be plenty of English-qualified players wondering why he is being given favoured status in the England squad when he can’t hold down a first-team place at Bath.

Armitage is for certain a better openside than any of the second-choice options behind Robshaw in the Premiership right now. He has proved highly effective playing in a very hard French domestic league and in competition with the best of the best in Europe.

If the delayed French court case involving Armitage is inconclusive and Lancaster selects the Toulon openside in his 45-strong training squad, but he doesn’t play a game, then more questions will be asked. But, if he doesn’t make the cut, at least Lancaster can explain why. In the end, though, this isn’t about Burgess, Robshaw, Wood or Kvesic.

This is about Lancaster, Armitage, and exceptional circumstances – and England possibly winning the 2015 World Cup.