Jeff Probyn: Stars past their sell-by dates weren’t going to save Bristol 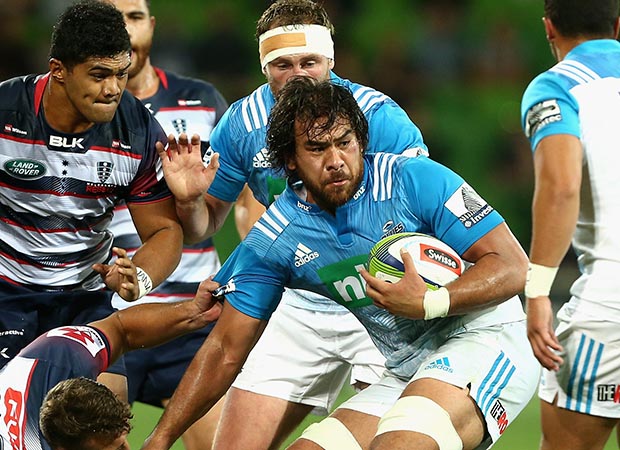 With just three games left to play, the desperation of the clubs at the bottom of the Premiership can hardly be imagined.

The odds are that Bristol will face the big drop although there is a mathematical chance that Worcester could, if they fail to win any of the remaining games and Bristol wins all of theirs.

Both face difficult run-ins: Worcester v Bath at home, Newcastle away and Leicester at home while Bristol have Wasps at home, Saracens away and finally Newcastle at home. It seems that Bristol will be left with the faint hope that London Irish will fail to win the Championship and one of the many clubs that fail Premiership entry requirements, win the league but cannot take their place at the top table.

Sad as it is to see Bristol (one of my old teams) join the yo-yo clubs (up and down in a season), it is probably their own fault as they, like those before them have failed to prepare for life in the Premiership.

I am puzzled why so many clubs fall short in the simple task of getting ready for the level of competition they will face.

Even the old excuse of the play-offs not giving enough time to prepare a squad fit to face Premiership clubs, is a bit of a red herring simply because if you have ambitions of reaching the top you take a long-term view. One that will see investment in players not only good enough to get you to the Premiership but good enough to consolidate there while the club settles.

Yes, it will cost a lot of money, most of which will have to come from a sugar daddy with deep pockets but that is the same for the clubs that are already in the Premiership if they want to compete for the top.

A scan of the Premiership table is like looking at a money list of investments over the years with the top six or seven clubs spending the most.

Nigel Wray has consistently bankrolled Saracens, transforming them from ‘bridesmaids’ to the ‘belles of the ball’ and one of the best clubs to watch even with a £12m deficit.

Wasps, almost bankrupt a couple of years ago, are flying high on the revenues generated by the Ricoh complex.

Those teams plus Bath, Leicester, Exeter, Harlequins and Northampton (admittedly with RFU help) have, over the years invested a fortune in players and coaches and ground improvements. What makes a Championship club think gaining promotion would make them good enough to compete?

Any club with ambition would have to invest in players at the level of the clubs they aspire to compete with. A failure to make that investment means a last-minute rush for players that causes disruption in the squad, further reducing the chances of success.

Bristol’s ‘star buys’ were well past their sell-by date and although maybe good for ‘one last hurrah’, were not up to the hard mental and physical slog of a struggling Premiership campaign.

The last year of Championship play-offs offers a slim hope for Bristol given that London Irish have lost only one game this season with some truly competitive clubs rivalling for the title.

For Bristol the lessons learned should enable them to regain Premiership status even if relegated, particularly with the first-past-the-post promotion system. The biggest is to invest in quality players and have the ambition to go one better than London Irish.

The news that Super Rugby is in turmoil with the loss of a number of teams should be no surprise as the cost of maintaining a league that stretches halfway around the world was always going to be onerous.

Add to that a confusing schedule of games and you can see why viewing statistics have shown a fall in numbers and fans have been voting with their feet as attendances drop.

Even back when players were happy just to be on the plane, rather than in business class and hotels were more in line with Travelodge than Hilton, the cost of transporting a team from Australia to South Africa, Argentina or Japan was prohibitive. Add in players wages and you can see why some financial realism is needed if SANZAAR are not to go bust.

The threat of legal action by some of the franchises won’t help as it’s likely to cost the Unions money they can’t afford and lead to more player redundancies.

A worry must be that while the better players will pick-up contracts with other franchises, the journeymen players who are the core of every team will be left to find employment where they can and that might be here in Europe.

An influx of players desperate for contracts could see our Championship clubs reaping the benefit of lower wage bills but that could be bad for the national team and the Premiership.

*It’s good to hear that my good old mate Brian Moore is on the mend. Although a pain, I’m glad he’ll be around for a bit longer, if only to stop Eddie Butler wittering on!