Brendan Gallagher: Will All Blacks be fresh to go again?

Posted on 17th August 2017 by admin in Brendan Gallagher 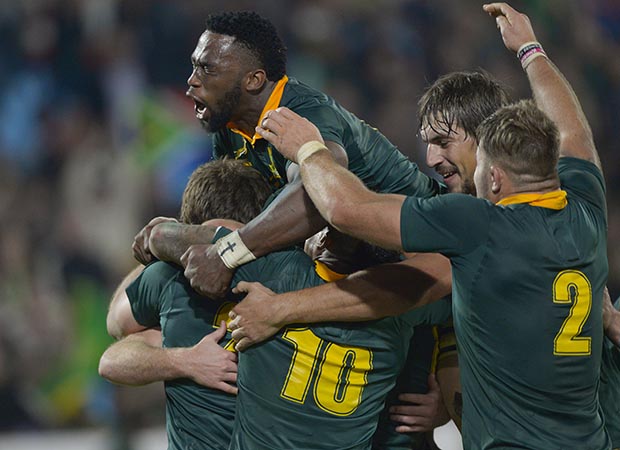 New Zealand have lost only two of their 27 Rugby Championship matches to date – there was also a draw against Australia in 2014 – so the search for signs of weakness is clearly on-going. Nothing thus far has derailed them, other than the quick fire three-match tournament in 2015 ahead of the World Cup when a rare loss first up in Australia put them on the back foot and saw the All Blacks finish runners up.

But perhaps there is a glimmer of hope this summer. The British and Irish Lions came very close to nicking the recent series and chipped away significantly at New Zealand’s aura of invincibility. They do occasionally make mistakes and get rattled, just as if you put them under enough pressure they will start missing tackles and shots at goal. They are not supermen. Just very good rugby players.

And how fresh will the All Blacks be over the coming weeks? That was a massive peak against the Lions and to ‘go again’ so quickly will be quite a challenge, especially for those who have also been putting in the hard yards in the closing stages of the Super Rugby competition. As any athlete will tell you peaking for two – or even three – Championships per year is a very tricky business.

We have only one real comparison in rugby’s modern era and that came in 2005 when arguably the strongest ever All Blacks team dismissed the Lions in an almost routine and pre-emptory fashion devoid of all the angst and stress we saw this summer.

The All Blacks looked world beaters but in their very next game – the opening of the 2005 Tri-Nations – they lost 22-16 to South Africa at Newlands with the Boks winning more comfortably than the score suggests.

Such was the quality of that New Zealand side that they did bounce back to win the tournament but it was a close run thing. They beat South Africa only 31-27 in the return game and although they defeated Australia comfortably away, it was four tries apiece back in Auckland when they clinched the title with a 34-24 win.

So there could be a few pointers there. Certainly, Australia know more than ever that the opening game against the All Blacks in Sydney is their chance to cause an upset. It’s a huge match and the Kiwis could be a little vulnerable and mentally jaded. That’s what the pint half full brigade among the Australians think anyway although of course it could work the other way.

Very few Rugby Championship games reach the intensity of the three Tests we witnessed against the Lions and although not everything went New Zealand’s way they will be battle hardened. If Steve Hansen gets his preparation just right New Zealand, with Sonny Bill cleared to take part, could play at such tempo and with such shattering physicality that it will all be over by half-time.

That first up game in the old Olympic and World Cup final stadium is the pivotal match of the entire tournament. Win that and New Zealand will be on their way. Lose and it will get interesting. One thing is for sure, Australia could be very battered, bruised and vulnerable if they emerge from their opening brace of matches against New Zealand with nothing to show for it.

As ever the schedule is very sympathetic to New Zealand with three consecutive home matches after their brief foray across the Tasman Sea. The tournament, as was the case last year, could be all over by Round Four which is a distinct flaw in its make-up.

Why the top seeds and perennial winners should always be given this advantage is unclear. Occasionally they should also suffer the inconvenience of three away matches in the first four. It might or might not make a difference in playing terms but it would certainly promote the idea of equality in all aspects of the competition.

A slight departure from the norm this year is that there will be no New Zealand games at fortress Eden Park which gorged itself on rugby during the Lions visit – which might give the other nations a glimmer of hope. Australia will expect a raucous reception at the House of Pane in Dunedin but New Plymouth and North Harbour don’t appear on the fixture list very often these days and we wait to see if New Zealand look quite so unbeatable as they tour the country.

If they do emerge from that quartet of matches unbeaten the writing will be on the wall and the All Blacks will have plenty of wriggle room ahead of their road trip to South Africa and Argentina.

An improving Boks could be the toughest nut to crack for New Zealand but first South Africa need to impose themselves against Argentina in their first two games, one in Port Elizabeth the other in Salta. The Pumas usually go pretty well against South Africa and will see that double header as a golden opportunity to launch their own campaign.

If South Africa come through unscathed from that opening brace the schedule falls nicely with the first game of their Australasia leg being Australia in Perth which can sometimes feel like a home match for South Africans. A win there would take the pressure off for their visit to Dunedin and mean it would be everything to play for in their final two games at home in South Africa. There are plenty of “ifs” in this scenario but it’s possible to make out a case for South Africa having a decent competition.

That leaves Argentina who are enduring one of those mid-World Cup dips which seem to plague them. The morphing of the squad from the Jaguares Super Rugby outfit – who still lose more than they win – into the Pumas Test team is still very odd with both advantages and big drawbacks.

The personnel is almost exactly the same yet the demands and challenges are very different. It’s hard to recall any national side that has consistently achieved success basing itself on one club or provincial team. The Pumas have chosen this path but until a second Super Rugby franchise from Argentina emerges and/or European based players become eligible one it’s a fraught road they are taking.