Posted on 1st June 2017 by admin in Brendan Gallagher 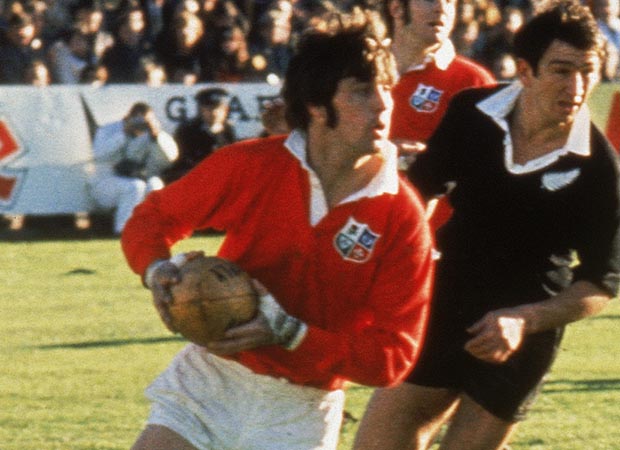 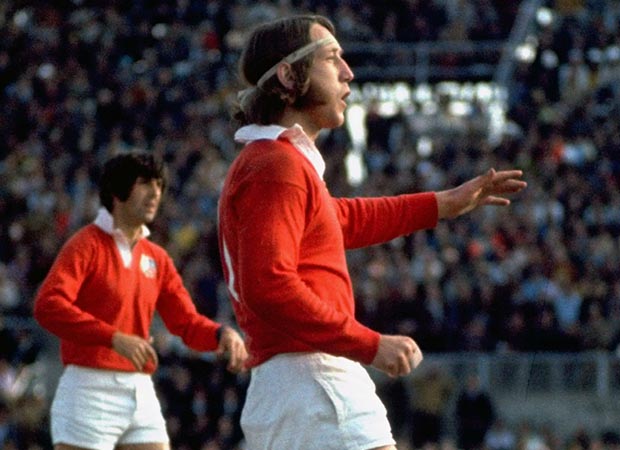 Ever present in 1971 and 1974 and a player who took the fight to the ‘enemy’ more than most. Gave the Lions a contagious physicality and competitiveness that even New Zealand and South Africa respected. Incredible last line of defence and dangerous in attack. Clear first choice but worth noting three great Scots – Ken Scotland, Andy Irvine and Gavin Hastings

14. Tony O’Reilly: In truth a toss up between O’Reilly and Gerald Davies who both boast the same strike rate in Lions Tests, O’Reilly six in ten Tests and Davies three in five. One was big, strong and fast the other was slight, elusive and fast. Take your choice. I’m going O’Reilly on account of 38 tries in all games during his two tours.

13. Jeremy Guscott: Guscott or O’Driscoll? Now there’s a question. Remember we are talking Lions only. I’m going Guscott. Huge contribution in the series win in Australia in 89, a winner in the second Test in New Zealand in 93 and a stand-out in South Africa in 97. BOD made four tours, scored a belter in Brisbane in 2001 but had to wait for Australia 2013 for a series win.

12. Mike Gibson: Endured the good and bad on Lions on tours with two wins and two draws in 12 Test starts but difficult to leave him out after his career high performances in New Zealand in 1971, both in the Tests and Provincial game. New Zealanders rated Gibson, above, as the best all-round back ever to visit their shores and many have seen no reason to alter that assessment.

11. JJ Williams: Often overlooked but with five tries in seven Tests the speed merchant from Bridgend has the best strike rate of any Lions player. Was particularly effective on the hard dry tracks of South Africa in 1974 when his chips and chases proved deadly. Sadly underused on the 1977 tour when the Lions backs struggled to work any openings for him.

Pretty much a dead heat between Barry John and Phil Bennett. Both enjoyed one stellar tour – John in 1971 and Bennett in 1974 – and both also had less enjoyable experiences. John was targeted in South Africa in 1968 and suffered a broken collarbone in the first Test, Bennett was also a marked man in 1977. The King by a whisker.

9. Gareth Edwards: Fairly straightforward choice. Ever present in 1971 and 1974 and ten Tests in all if you include the 1968 South Africa tour. Boasts a 65% win rate in those matches. Dickie Jeeps was another great Lions scrum-half with 13 Test appearances, second only to Willie John McBride

1. Ian Mclauchlan: For reasons unknown Ian Mclauchlan – Mighty Mouse – often gets forgotten because this is man who anchored the Lions scrum to successive series wins over New Zealand and South Africa, playing in all eight Tests. Only five players can claim that. Eight Lions Tests against the world’s best, one defeat.

2. Keith Wood: The shelf life of a Lion hooker tends to be short, they rarely tour more than twice. My short list is Keith Wood, Bryn Meredith, Peter Wheeler and John Pullin with Wood just getting the nod from Pullin. Three wins in five Lions Tests including a memorable MOM against the Boks in Durban in 1997.

3. Fran Cotton: How can you choose between Mudman and Pricey? Impossible. Cotton was a colossus in South Africa in 1974 and outstanding in 1977. He also managed the 1997 Lions in South Africa. Graham Price started 12 Tests on the bounce but in the unsuccessful 77-83 era. Cotton by a hair’s breadth although today we would simply give them 40 minutes each.

4. Willie John McBride: Superb tours in 1971 and 1974 the latter as captain but experienced hard times in 1962, 1966 and 1968 none of which yielded a Test win. Strong scrummager, mauler, enforcer. Ended up with a phenomenal record of 17 Test appearances made up of nine defeats, five wins and three draws 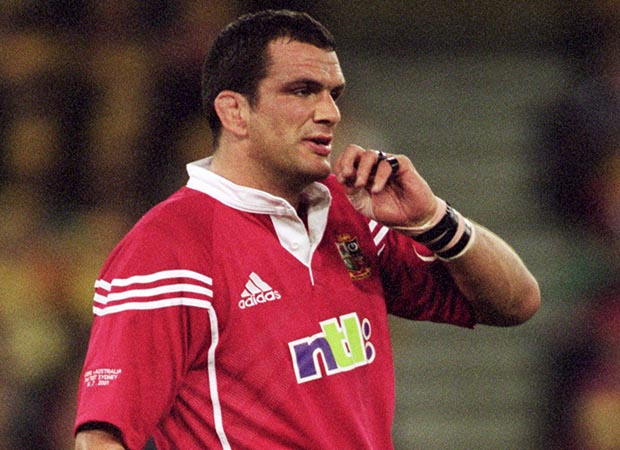 Before Sam Warburton the only man to captain the Lions in two series, left. Totem pole captain like McBride. Indomitable all-purpose lock. Very tough, physical, athletic. A massive mention, however, for three time tourist Gordon Brown who lost only twice in his eight Lions Tests. Broon of Troon is right up there with the other two legends.

6. Richard Hill: Was superb for the Lions in the first two Tests against South Africa in 1997 before being rested for the final Test and equally good in the first one and half Tests against Australia in 2001 before being assaulted by Nathan Gray when the Lions were leading. Roger Uttley and Blair Swannell from over a century ago (seven Tests, six wins) also outstanding

7. Fergus Slattery: Again impossibly difficult. Slattery toured in 1971 but was held back by injury but was on fire in South Africa in 1974 when ranked as the Lions second quickest player behind JJ Williams. Sam Warburton was exceptional in his two Tests in 2013 and Peter Winterbottom deserves a medal – all off his seven Lions Tests were against New Zealand!

8. Mervyn Davies: The Lions have boasted some superb No.8s but none better than Merve the Swerve who was ever-present in New Zealand in 1971 and again in South Africa three years later. One of the Lions hardmen who never took a step backwards. As a player, his defence was immense and his line-out ability invaluable.