Brendan Gallagher: Scots unlucky that Twickenham defeat was not considered a blip

Posted on 27th April 2017 by admin in Brendan Gallagher 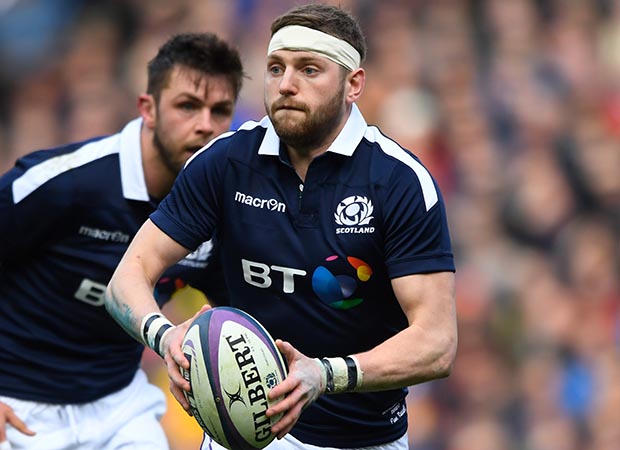 My heart sunk a little for the Scots on Wednesday when John Spencer read out the 41- strong Lions squad and there were just two Scottish names – Stuart Hogg and Tommy Seymour.

It seemed a very public slap in the face for a team that had beaten Ireland and Wales handily in the Six Nations and nilled Italy in their final game.

Glasgow Warriors have also produced one of the most eye-catching performances in European Club rugby history when they humiliated Leicester 43-0 at Welford Road. So much talent and all of it on a steep upward curve.

But it wasn’t entirely unexpected. Last week I sat down to compile my 37-strong squad for The Rugby Paper – we didn’t know the Lions were going to ease the belt a little and allow four extra players – and whisper it quietly my initial selection included just one Scot, the brilliant Hogg, the Six Nations player of the tournament for the second season on the bounce.

This can’t be right I thought in horror, I had surely overlooked somebody obvious. Selectors do that all the time but are usually saved by an observant colleague. And it can’t be fair, either. Scotland deserved a much bigger representation. They are a good side who, save for one humping against England at Twickenham, when they lost four players to concussion, lit the tournament up with their exciting brand of rugby and the sheer quality of some of their tries.

So I went through my squad again with a view to seeing if any Scots could be upgraded, which probably makes me a bad selector. Scots had been involved in almost all my 50-50 calls and I suspect that was the case with Gatland and his coaches as well.

In the back three I had Sean Maitland and Tim Visser – both consistently underrated for some reasons – contesting the final spot with Jack Nowell and Chris Ashton. It was the selection I had already debated most in my mind and after kicking it around for another 15 minutes I still went with my hunch choice Ashton who, given his Test exile more or less qualified as a bolter.  I wanted a try-scorer not a solid all-rounder. For that reason Visser was my next man in after Ashton.

So the Scots missed out very narrowly there, they could easily have had three Lions in the back three.

At centre Huw Jones would have made many people’s squads, possibly even Warren Gatland’s, but he is injured and can’t tour. Alas the Lions history is full of such hard luck stories and brace yourself, there will be a few more yet because the odds are that a couple of those who enjoyed a

celebratory beer on Wednesday night won’t actually make it on to the plane to Auckland.

Finn Russell, below, is a brilliant fizzing talent but given the physicality of a New Zealand tour it takes no great rocket science to understand why the stronger and more aggressive Dan Biggar was seen as the back up to Jonny Sexton and Owen Farrell.

Greig Laidlaw, though, did cause me to reconsider at scrum-half. He’s a really good experienced player, a nigh-on world-class goal-kicker, as tough as old boots and would have made a cracking captain of the midweekers.

Objectively there is no reason why he shouldn’t have been picked above Ben Youngs. Both would in any case be very much third choices behind Conor Murray and Rhys Webb.

Front row? Fraser Brown is just as big a hooking prospect as Jamie George in my opinion and has been starting Test matches but he did himself no favours with that rash yellow card at Twickenham and George does show up very well every time he starts for Saracens and finishes for England. A close call, yes, but no great injustice.

At lock, perhaps, I had been too harsh on Jonny Gray the Glasgow captain. Mindful of the drubbing Scotland had got at Twickenham I had gone with the rejuvenated Courtney Lawes but it was hellish close. England last month was very possibly the only poor game Gray has ever produced as a professional rugby player. He’s a tough boy, a prodigious worker and tackler and 99 per cent of the time solid at the lineout.

And, actually, when it all goes wrong for a side collectively, as it did at Twickenham, is there anything a single player can do to stem the tide? I quietly crossed out Lawes and inserted Gray but even then I was thinking the most “unfair” exclusion of all would be Joe Launchbury, one of the players of the Six Nations, who was clearly looking down the barrel if George Kruis made a successful return to action for Sarries against Northampton.

Kruis played the entire 80 and did well.

And finally backrow. I have seen very few words of criticism for Gatland’s selection in this department with the loosies being full of in-form Welshman and Irishmen and, of course, Billy Vunipola.

That fact remains though is that the outstanding backrow performance of the Six Nations by a country mile was when the Scotland loosies took on their Welsh counterparts – Sam Warburton, Justin Tipuric, Paul Moriarty and Taulupe Faletau – and after an even first half played them off the park. Yet no representation.

Hamish Watson, coming on as a replacement early on, was the key that day with a once in a lifetime close to the ground foraging performance full of vital turnovers which galvanised the Scottish trio. If Watson could just have kept his head above water at Twickenham when the ship was sinking he would probably have made the trip but, as with Gray, no one man can stem the flow when it goes that wrong.

There is an inherent illogicality here and I’m as guilty as the next man.   Scotland’s command performance and routing of the Welsh backrow at Murrayfield is clearly viewed as a one off, an aberration, that will not happen again.

And yet Scotland’s poor collective performance against England – a one-off performance in a very decent and consistent season for Scotland – is not viewed in the same light at all.

I tell you what though. Steve Hansen will have a CD of that Scotland v Wales games close to hand for the next couple of months. The lessons for an opposition coach on how to neutralise the Welsh backrowers are many and varied.