Guscott column: Cut subs to put the emphasis on attack 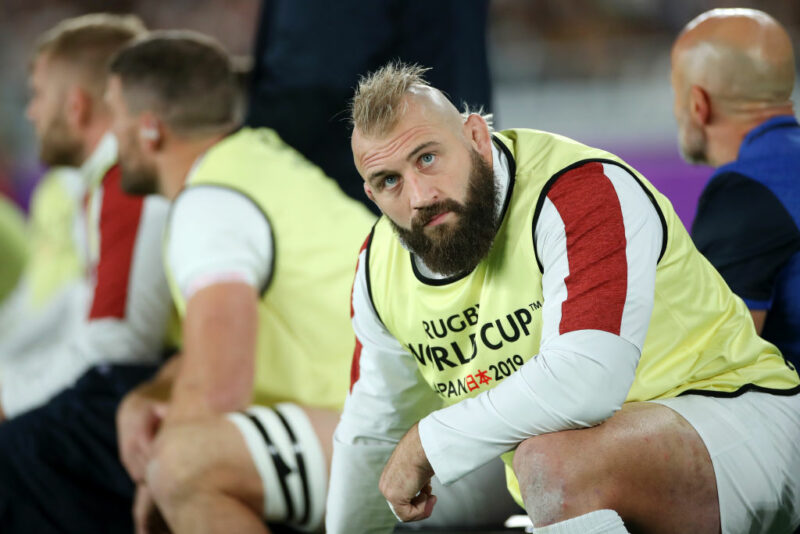 THE 2020 Six Nations has at times been riveting in gladiatorial sense, and hopefully we will get that sort of ending when the last round is played in October.

However, overall, I am disenchanted with the direction the game is taking, with the predictability of bigger and bigger blokes running non-stop into bigger and bigger opponents, scrum resets that take forever, and scrum-halves who spend all game box-kicking.

All the teams at the top end of the international game appear to be a much of a muchness, because they play in a very similar way, and are very closely matched.

We are seeing so much crash-bang-wallop rugby in which the strongest prevails and skill comes second, and I am struggling to see the intelligence in our sport at the moment – when it should be one of the leading factors.

We can have great stadiums, with great atmosphere, but at the moment a lot of the time the spectacle does not grab you. It would be a big improvement if scrums were set and packed down more quickly and efficiently, and the ball was then moved, because it would be more attractive.

There is also a growing issue with the number of home wins, and some teams never look like being beaten on their own ground – and in this tournament in particular there was a sense of England looking almost unbeatable at Twickenham.

What it showed is that the last four year World Cup cycle has ended for good, and this England side looks more powerful than it did during the tournament in Japan. My reading of it is that Wales and Ireland were flattered by their scorelines against England.

What will be interesting to see is whether, on the back of this power game, England can develop their attacking options further.

Anthony Watson’s try against Wales was brilliant in terms of great deception and execution, and England’s progression has to be in terms of developing their back play even more along these lines.

It is unlikely, however, that the game against Italy in October will be a measure of how far they have improved, and we will have to wait until they play the southern hemisphere sides in the autumn for that to happen.

The idea of the game being mainly about big blokes running into each other has limited appeal, and instead we need to see more technique and skill. The best way to make that change is to not allow so many subs to come on.

The game needs to fix its root problem with the number of replacements now, and not delay. As far as I’m concerned, you can have eight players on the bench, but you should only be allowed to bring two of them on as injury replacements.

There is a straitjacket about the way the game is being played at international level, and my fear is that Rugby Union is starting to become boring – and it is mainly because of the way the game has gone in terms of the number of substitutes allowed, and the influence that has on defences.

It’s why, when you get a great attacking try like the one Wales scored through Justin Tipuric against England immediately after half-time, that people are bowled over by how spectacular it can be. What they do not seem to realise is that long-range inter-passing tries of that sort used to be scored reasonably regularly, rather than very occasionally.

The problem we face in the Six Nations, and in other tournaments, is that there is now a far bigger emphasis on defence than there is on attack, and it is the number of replacements that is responsible.

To my mind you could now have eight forwards on the bench, rather than the 6-2 split Eddie Jones borrowed from South Africa, because the way the game is played none of the backs will be tired enough to need replacing.

But we definitely do not need eight more forwards coming on. If we reduce the bench and move back towards a game for all shapes and sizes it will make it a far more exciting game, not only to play in, but also to watch.

The power-play of England at Twickenham was effective because they had too much strength for Wales and Ireland – but why is there such a disparity?

We also saw the French rise up and start to play with more organisation and discipline, but then at Murrayfield we saw a return to the same old France, with the same old problems of shooting themselves in the foot when Mohamed Haouas was sent off for punching. It was a great pity because France brought a new dimension to the tournament thanks to the magic of Antoine Dupont at scrum-half, and the class and athletic ability of new captain Charles Ollivon.

Another who deserves special mention is No.8 Greg Aldritt, below, who was one of my players of the tournament. Aldritt is a machine, and so effective. Whether he is carrying, supporting, or tackling he has developed into a world-class player, and is a joy to watch.

However, the French rugby renaissance is not real yet, and my guess is that it will take them a couple of years for the players to get used to the new coaching regime of Fabien Galthie and Shaun Edwards.

You do not see the togetherness in the French team that you do with England and Ireland, because they are still depending on moments of individual ability from players like Ollivon and Dupont to make a difference, rather than it coming as a result of teamwork and strategy.

We also watched Wales in transition under Wayne Pivac’s new coaching group, and, like France, it will take a while before it becomes Pivac’s squad rather than Warren Gatland’s.

Ireland are also in transition, and while they are still reasonably solid in the forwards, you only have to look at the England game to see that Johnny Sexton has become more of a handbrake at fly-half than an accelerator.

The Irish are in danger of hanging on too long to some players, and the Connor Murray-Sexton combination will not make the next World Cup. The backline has got ability, but for coach Andy Farrell it is a question of timing in terms of when to make the change at fly-half – and the injury to Joey Carbery before the tournament was not a great help.

As for Scotland, they won two games, but the truth is that there will be no progression until they can win four of them. The best thing for the Scots is Adam Hastings coming on and doing a good job at fly-half, while their back row is also constantly in the fight.

It’s a waste of time talking about Italy, mainly because their ambition is getting less and less. At the moment they are a non-event.

When the last round is eventually played in October it will be a three-horse race, and Ireland will have a chance in Paris if they get a bonus point win over Italy. But with their last game being in Rome, England are favourites.