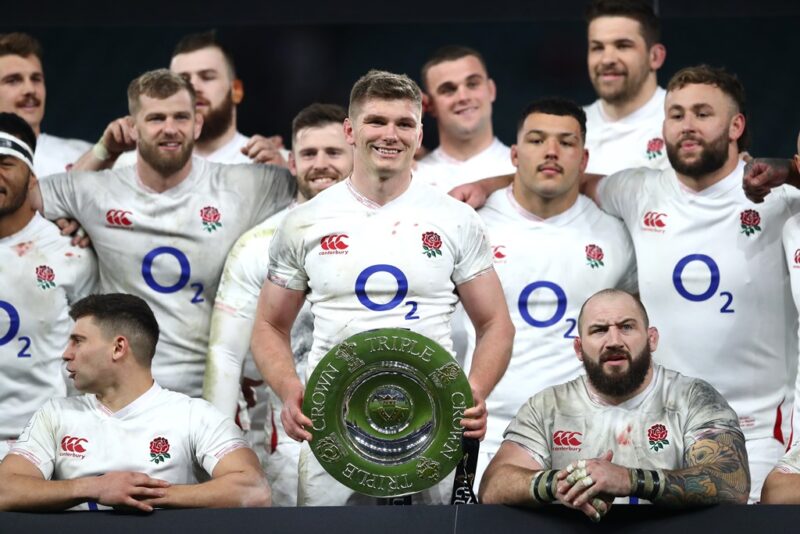 ENGLAND have built on their performances week to week throughout this tournament and yesterday’s display was a continuation of the forward pressure and dominance that they showed against Ireland a fortnight ago.

The big difference two weeks on is that the good forward pressure earned them territory and enabled them to play in the right positions resulting in good tries from the backs.

I talked about wanting to see more strikes from set moves and Anthony Watson’s opening try was superbly constructed and executed.

That for me was almost total rugby. It was clean set-piece delivery from the lineout, a good contest in the maul, a decisive inside pass, good running lines from Watson and his decoy runners finished off with skill.

The decoy runs all have to offer the necessary deception and then the ball carrier has to beat the first defender which Watson did well before showing his gas, fend and quick feet to get away and finish off past Liam Williams.

I love that – creative attacking moves to out-think defences – and I want to see more of it in top level rugby. It was a brilliant play, brilliantly executed.

And Justin Tipuric’s first try was also brilliant. We love seeing tries like that no matter who you support. But there will be a fair few England defenders left embarssed when they watch a replay.

Straight from England’s restart, with their kick-chase dawdling, Nick Tompkins showed ambition to set off from his own five-metre line and found Josh Navidi at pace outside.

Tompkins took the return pass on halfway and slipped it on to the supporting Tomos Williams who drew Elliot Daly and set Tipuric away. It was slack defence from England, especially in terms of concentration.

I would have thought they would come out buzzing at the start of the second half after being given clear messages in the break of what they had done well and what they had to improve on during what was a dominant first half display.

Come the end, that try didn’t affect the result but it rocked England a bit and Wales played much better in the second half, although still  second best in all but points scored.

With Biggar’s conversion making it a four-point game, England again made their superiority up front count as first Courtney Lawes won a turnover and then the pack won a scrum penalty which gave George Ford the chance to stretch the lead back to ten points.

From there England looked to be cruising with Manu Tuilagi adding another try until the ill-discipline allowed Wales back in. Ellis Genge was a bit unfortunate to receive a yellow card for straying offside but the red card to Tuilagi was an easy decision for referee Ben O’Keeffe.

Tom Curry had another all-action display in the back row but I’m not sure about him playing No.8 for England in the long-term.

It’s a massive change to the team dynamic compared to having Billy Vunipola there. But I understand the messages that Eddie Jones is trying to give to Nathan Hughes and Alex Dombrandt – he is telling them that you must be a hell of a lot fitter to play international rugby.

Both are better No.8s at club level than Curry; they are used to it and it is a specialised position. Dombrandt will get fitter and I can see him becoming genuine competition to Vunipola between now and the next World Cup.

The score line flattered Wales completely, they just weren’t at the races until the last ten minutes against 13 men.

They knew what they were up against facing a pack that didn’t have the Vunipola brothers in it. Huge ball-carrying strength was taken away from England but the speed at which they play at now made up for it.

A key improvement is England’s ability to spring up from the tackle and it is making them a more formidable all-round force.

The question that will be asked of this new-look England is: Yes, you can dominate these teams in the Six Nations but what happens when you play against South Africa who will smash you backwards?

At the moment I can’t see Simon Amor’s imprint as attack coach. I don’t mean that in a derogatory way I just don’t know what I am seeing differently from England.

They will be kicking themselves that they didn’t turn up against France in the Paris opener because if they had they would have a won a Grand Slam so they still need to work more on their mindset. You simply can’t pace yourself through a Six Nations championship.

The big positive is that England have upped their intensity and sides are struggling to contend with it.

Ireland failed to cope and Wales just couldn’t live with it which is quite a turnaround as Wales for so long have prided themselves on being one of the fittest teams in world rugby.