Home / Features / Columnists / Guscott column: England need to get smart or pay the price against Ireland

Guscott column: England need to get smart or pay the price against Ireland 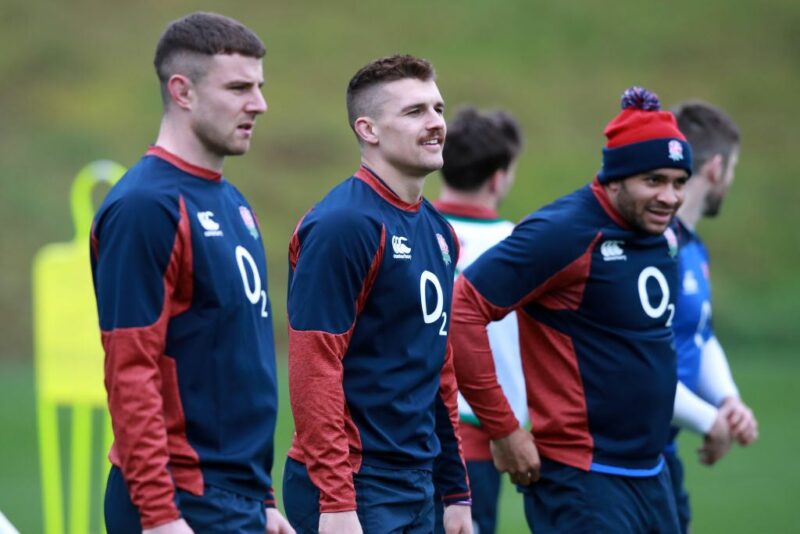 THE quality of rugby in the Six Nations has not been the greatest, perhaps because we have not been fortunate with the weather so far. Instead, we’ve seen flashes and glimpses of what it could be rather than sustained excellence.

As we get to the middle of the tournament, France and Ireland are still undefeated and riding high, having played two home matches, while their opponents in round three, Wales and England, will be looking to stay in the title race by knocking them over.

Ireland had an indifferent start against Scotland, but I enjoyed their performance against Wales, where they played with such precision that they had time and space to create opportunities out wide.

That is something that England did not have in their opening match against France, mainly because of the effectiveness of the new Shaun Edwards French defence – while it’s possible Wales missed him in Dublin, even though by now his defensive strategy should be part of the Welsh DNA.

I really enjoyed the World Cup because we saw some outstanding team and individual performances, but by comparison, the Six Nations has not been razor-sharp.

We have seen a trio of Frenchmen playing at a different level to the rest, with scrum-half Antoine Dupont emerging as a superstar after two games, and captain Charles Ollivon and No.8 Greg Aldritt very impressive up front.

Josh Adams has also been a treasure on the wing for Wales – he is a great pro who goes looking for work, plays consistently to a very high standard, and gives it his all – but that is about it in terms of eye-catching individual contributions.

However, the TV audience has not been been hitting the off button because we’ve had close games with England coming back against France in the second half, while Ireland v Scotland was also close.

On the debit side I could not believe what I was watching with England against France. Most of the English ball receivers did not start running until they caught the ball, and it did not help that the presentation of the ball at the ruck was poor.

You cannot run into double tackles from static ball like England did, and expect to make ground. With the exception of Jonny May’s two-try contribution the brain looked as if it had been taken out of the performance, because everyone else looked befuddled.

The review of the match for the rest of the England players must have been horrific. I was dumbfounded by how poor they were.

England’s resources are always talked about in terms of money and player depth, and yet there are no replacements coming through in terms of young scrum-halves, and neither are there any for Manu Tuilagi nor Billy Vunipola. That in itself is embarrassing – and the reality is that player development in England is not so great as anyone thought.

There is also bad news for Scotland because of the ding-dong between coach Gregor Townsend and fly-half Finn Russell. What is clear to me is that one player cannot live under a different set of rules in a squad, and if Townsend and Russell talk, and they cannot come to an arrangement, then Finn doesn’t play. Simple as that.

Russell’s absence has given Adam Hastings an opportunity at 10, and he’s done well. Hastings is accomplished, has good skills, is pretty consistent and has proved he can play at Test level. However, overall, Scotland do not seem able to push beyond the barrier of winning three games and, after a disappointing World Cup, it looks like another average Six Nations campaign – and next weekend in Italy they must win or the wooden spoon could be theirs.

Another Six Nations drawback is there is far too much phase rugby, which often seems to me to be a waste of energy. What’s wrong with two quick passes one way, in order to create space, and then changing direction quickly to go the other way – and if you haven’t found a gap by then it’s time to kick, but to be smart about it.

In lousy conditions like there were at Murrayfield last weekend you would have expected it to be kicked most of the time, because why would you want to play with the ball? The errors in judgement by England in those conditions were just poor. You should be able to do better than kick the ball out on the full four times in succession.

If England do not find the brains to play a smart game of rugby they will be on the receiving end against Ireland. The reality is that England are a long distance away from the winning form they showed in Dublin at the start of the last Six Nations.

By contrast, the Irish were very efficient against Wales, especially in the way they got round their defence. They made it look so easy, when normally no one gets around a Welsh defence in that way.

The good thing about England at Murrayfield was that their forwards turned up against Scotland in a way that they did not against France, and they grafted to stay in it to the end. It showed character, and they will need every drop of that intensity to beat an on-the-up Irish team.

This match is so much bigger than Farrell v Farrell, because England have to improve massively at Twickenham, while Ireland have to prove that they are the better-prepared and organised side.

My sense about France is that they are yet to develop an identity as a team, and are still a group of individuals. Their defensive line-speed has improved under Edwards, and they are more together, but Wales will be their biggest challenge mentally.

The French thought that they just had to turn up against Italy, and that’s why they struggled – however, they will go to Wales with confidence, and they have a crazy good backline.

Wales will go after Dupont, and they will also have to keep Aldritt and Ollivon quiet, because if they don’t, and France click, you will see some of the greatest rugby you’ve witnessed.

If France get this back row rumbling and releasing their backline at the right time, we could see the waves of attack we haven’t seen from them since the 1970s and 80s – but the chances are small.

Wales know that everyone in this tournament is beatable, including France, and Justin Tipuric has been in terrific form at flanker.

I like seeing Dan Biggar play flatter at 10, and the Welsh also have riches at scrum-half with Tomos Williams and Gareth Davies.

On top of that, Aaron Wainwright has yet to show his best form, Taulupe Faletau is feeling his way back at Test level, and Alun Wyn Jones always puts in a shift.

I back Wales to beat France at home and, given the run of results in this tournament so far, it’s their turn to play well.