Cain column: Pressure can turn even the best refs into homers 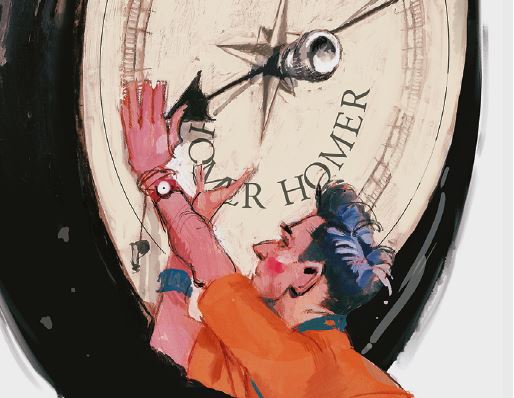 EDDIE Jones has a habit of stirring the pot, and he did it in the build-up to England’s Six Nations opener against France in Paris, when he claimed  Nigel Owens has a 91 per cent ratio of home side wins in the matches he has refereed.

For the record, Jones said about the decorated Welsh whistler in an interview on BBC Radio 5: “The referee we’ve got in the first game has a 91 per cent winning record for home teams. That shows you how hard it is to win. We are going to have to play exceptionally well to win that game, and that’s a great challenge for us because we are going to have to manage the referee.”

It is not my intention here to play judge and jury regarding Owens, who has shown on many occasions that he is a fine referee.

However, questions over the neutrality of referees is a potentially incendiary issue in professional sport, and therefore not one that can be taken lightly.

It seems to me that the issue in Rugby Union is not about accusations of outright favouritism verging on cheating. It is more about an awareness that referees have the same human frailties as the rest of us, and are therefore the victims of subliminal influences which might make them more favourable to one group than to another.

Most of us do not like to offend our hosts, and given that many unions push the boat out for referees in terms of hospitality, it is not too difficult to conclude that this might, in the most subtle ways, alter their perception.

As an adjunct to this, I have heard more than once that the treatment of referees and away teams at international post-match functions can vary significantly depending on whether the home team wins. If the result goes in their favour it will be convivial and upbeat, and if not the beer taps are soon turned off, and be prepared to make your own entertainment.

In this instance, Jones has made an important point about the preponderance of home wins in professional Rugby Union, at both international and club level, and the hidden pressures on referees to lean towards the home side.

The ‘Homer’, as in referees/ umpires favouring home teams, has been a controversial issue across the sporting spectrum forever.

In baseball there was a study into umpires which showed how much our perception can be influenced by the home factor.

It used statistical analysis from footage of matches to show that the strike zone – the area of space between the batter’s knees and mid-torso which a pitcher must throw through to get a strike – is perceived differently by many umpires when the home side is pitching.

Recent analysis of the Six Nations indicates a similar home factor among Rugby Union referees, given the percentage of home wins. It is a very significant factor, both in terms of the 3-2 split in home games, and in the overall number of home wins.

In the 2017 and 2018 Six Nations campaigns the split between the results of home and away matches was even more heavily weighted, with 11 home wins compared to only four away wins, which is 73.4 per cent in both seasons.

The important question is can we find a remedy for the home advantage conundrum? Talking to Wayne Barnes makes me think we can, and it should be compulsory reading for all referees, elite or otherwise.

Drawing on his experience of 90 Tests, Barnes has developed a refereeing template that is an antidote to the Homer syndrome, not because it deliberately sets out to do so — but because it recognises the home factor, and is based on strong, straightforward values.

“The art of refereeing is to have a clear mind every time you make a decision,” Barnes says.

“If you read the books of Dr Steve Peters, one of his themes is wanting to belong to the pack. So, if you’ve got an 80,000 full house at Twickenham, encouraging you to give one decision, you’ve got to be really strong of mind to not go with that pack.

“Has it occurred for me? I hope not, but I am not naive enough to say that it has not happened at some point to some referees. It’s the same in another way with the underdog – sometimes you might want to protect that team from having 50 points put on them.

“The art of refereeing is to be able to park all those external influences – whether it’s that the captain has played 100 times, or that you’ve got 78,000 people waving a daffodil at you – you say at this scrum, or at this breakdown, what is the best decision.”

It is possible that Barnes’ views have already had an airing in refereeing circles because last season’s Six Nations bucked the home factor for the first time, with a 50 per cent split between home and away wins, with seven each and one draw.

The only path for our sport is, may the best team win, home or away, and Rugby Union has to hold fast to those values.