Jackson column: Champions will be wary of wounded Ospreys 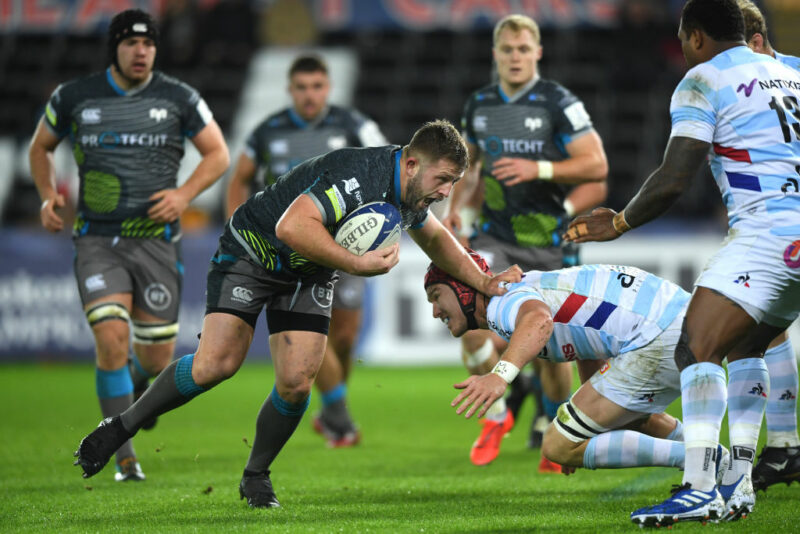 Saracens will look at the dishevelled state of their next European opponent and suspect that the usual New Year ambush awaits them in bandit country. No Champions Cup mission to Ospreys would be the same without one, at least not for the holders.

They have good reason for viewing their annual foray into hostile territory the way Wells Fargo viewed a stage-coach stop in El Paso, a case of getting in and out before anyone gets hit.

That Ospreys have not fired a single shot in Europe all season will heighten Sarries’ suspicion about stumbling into a trap at the Liberty Stadium come lunchtime on Saturday. They may be champions of Europe but they also know that such a title counts for nothing in the short ribbon of motorway between Swansea and Llanelli.

How ironic that England’s controversial club should find more trouble on the road in a country whose exit from Europe on an annual basis has become a foregone conclusion. And now they are on the cusp of making the most indecent exit of all.

Down to one qualifier where there once was four (season 2007-08), the lone Welsh is in danger of being turfed out without winning a single match. In the course of shipping points at the average of almost 40 per match, Ospreys have been torpedoed by more tries (22) than any other team in Europe.

A team with one point to its name from a maximum of 25 scarcely seems capable of helping itself, never mind anyone else. Munster, thrashing about in the hot water section of the same pool, need Ospreys to drag Sarries down if the Irish province is to catch the last boat to the quarter-finals.

Munster’s hope, and Sarries’ fear, is that the final two rounds coincide with the time of year when the Welsh beasts start flexing their muscles for the Six Nations. That Ospreys have barely seen their hefty World Cup contingent goes some way towards explaining why they have lost eleven on the bounce since scraping their only win of the season, 24-20 against Treviso three months ago.

Even if Justin Tipuric and George North do line-up next Saturday, Alun-Wyn Jones can hardly expect to be standing alongside them in the starting XV. A groin condition having kept him inactive since the third-place decider against New Zealand two months ago, he is more likely to be phased in off the bench, always assuming he is declared fit in the first place.

Sarries will be wary whatever happens and with good cause. They have been down this particular road twice before as Cup holders, to the same part of Wales, at the same penultimate round of the pool competition and suffered the same hair-raising result.

On each occasion they escaped with fortuitous draws, starting at Parc y Scarlets in January 2017. They drew that one 22-22 thanks to a stoppage-time try from Chris Ashton, engineered by Owen Farrell and duly converted by the man himself.

Twelve months later, on the same weekend at Swansea, they again managed to get out by the skin of their teeth. Farrell’s ability to match Dan Biggar penalty for penalty allowed them to avoid any lasting damage and cling on at 15-15 without a try in sight.

This time, with their margin for error reduced to zero by defeats in Paris and Limerick, a draw would leave Sarries free to concentrate on surviving in the Premiership, an achievement in itself given the 35-point penalty for breaching the salary cap regulations.