Jackson column: Byron Hayward carries the can for Wales’ flop against Scots 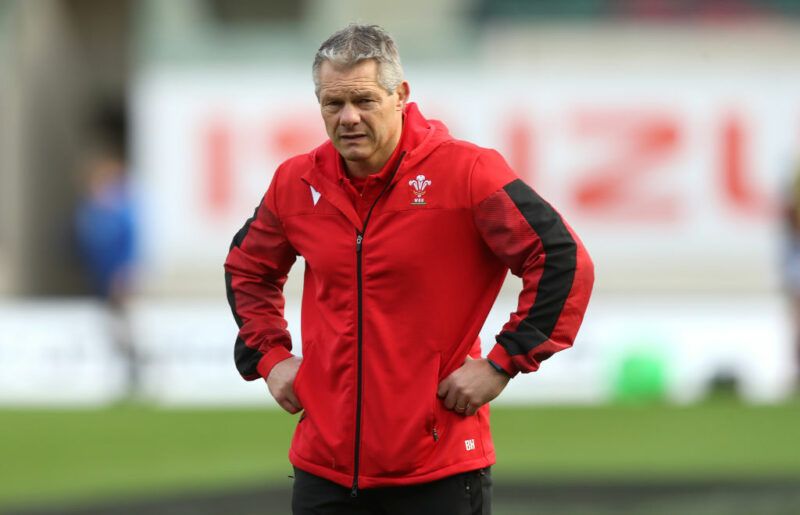 The most ironic fact of the Six Nations campaign is to be found deep down amid the morass of data generated over the course of the prolonged tournament. It records for posterity that France under Shaun Edwards conceded 13 tries in their five matches. Wales conceded two fewer over theirs despite their renowned defensive strategist relocating to Paris.

Taken at face value, the numbers appear to provide a favourable comparison for Edwards’ Welsh successor, Byron Hayward. They might have done had Wales not made him their ex-defence coach last weekend, a fate which lends credence to the old maxim about there being lies, damned lies and statistics.

hazards inherent in following the toughest of acts as set by Edwards.

That Hayward’s exit followed the debrief into the lame home defeat by Scotland seemed a bit odd. As defence coach, he would have been infinitely less embarrassed with the defensive performance than other coaches would have been with their spheres of operation, i.e. the power-failure of the pack and a back division of collective impotence.

So Hayward carried the can for the whole lamentable shebang, his departure seen, not unreasonably, as a tacit admission that Wayne Pivac had made a mistake by appointing him in the first place. One of Pivac’s first calls after he had been made head coach-elect in July last year was to ascertain Edwards’ future.

The Wiganer had announced his intention to rejoin his home-town club once his Wales contract expired at the end of the World Cup. A third Grand Slam prompted a rethink on Edwards’ part based on the fully justifiable conviction that he would at least be considered as Warren Gatland’s successor.

No such interview took place and his much-heralded return to Wigan dissolved into thin air.  The WRU did consider renewing his contract as defence coach but only for two years with an option for two more.

Edwards felt he had earned the right of a four-year deal. The Union pointed out that they had offered him the same length of contract as agreed by Pivac, Stephen Jones and Jon Humphreys.    France nipped in toute de suite, eager to give Edwards the security denied him by Wales.

Only then did they confirm Hayward’s addition to the new national coaching command. Like Stephen Jones and Pivac himself, he had been rewarded for his part in electrifying the Scarlets from 2016 to 2018.

In the stampede to decry Pivac for daring to preside over six straight defeats, irate Welsh fans choose to ignore or forget to remember how good the Scarlets were for most of those two years. At times they were so good they must have been an embarrassment to Warren Gatland.

At times, Pivac’s Scarlets were everything that Gatland’s Wales were not.  They played heads-up with a pace and panache superior to anything produced by any Welsh team since the 2005 Grand Slam under Mike Ruddock.

Scarlets were so good they went to Dublin on successive weekends and wiped the floor with Ireland’s mightiest provinces, starting with Leinster in the semi-final despite playing most of the match a man short after Steff Evans had been sent off.

Not content with three tries and a 12-point win over Leinster in their Dublin citadel, they scored twice as many tries and doubled the winning margin against Munster, routing them 46-22. At the end, Munster sent a congratulatory note to the winners admitting: “We knew what was coming but we couldn’t do a thing to stop it.”

Rassie Erasmus, then honing his skills in Limerick before reinstating the Springboks as world champions, said: “They totally outplayed us. They were excellent, put us under a lot of pressure at the breakdown and scored some unbelievable tries. We got thumped. End of story.’’

Admittedly, the Scarlets then had some important non-Welsh contributions from Tadhg Beirne and John Barclay but the essence of their team then are all there with Wales now: Liam Williams, Jonathan Davies, Rhys Patchell, Gareth Davies, Wyn Jones, Rob Evans, Ryan Elias, Samson Lee, James Davies.

All present and correct except for the former amateur boxer who coached them for club and country. Perhaps Hayward will be as baffled as the fans over how Pivac’s Scarlets and Pivac’s Wales have swung from one end of the spectrum to the other.