Cain column: Battered Dylan Hartley bitter ode to the dying of the light 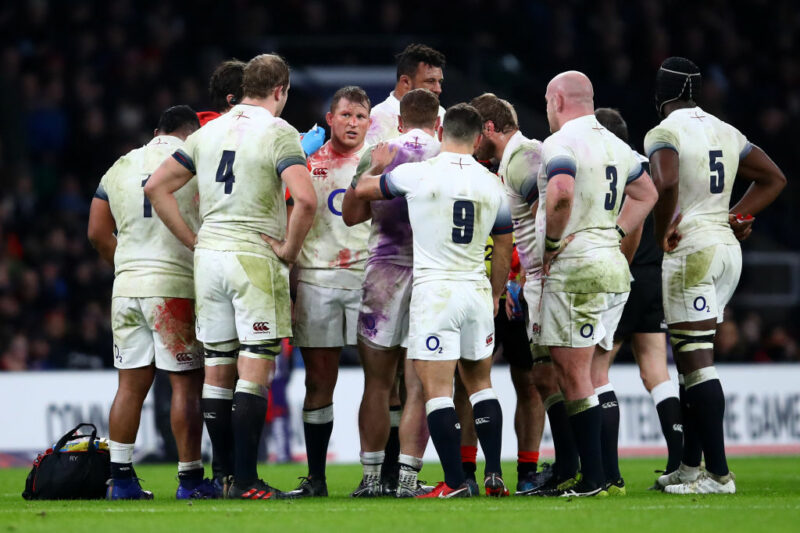 DYLAN Hartley might have preferred something more poetic when he was axed as England captain by Eddie Jones. Something like the opening line of O Captain! My Captain! The Walt Whitman poem penned after the death of American President Abraham Lincoln, which continues with the line, “our fearful trip is done”.

However, according to Hartley, there was nothing empathetic about the words that Jones used to tell his first captain, with whom he shared a Grand Slam and an 18-match winning streak, that their journey together was over.

It was more your basic Anglo-Saxon as Fast Eddie said: “You’re fucked, mate.”

It stopped the injury-ravaged Hartley in his tracks, ending his desperate attempts to prove his fitness in the hope of going to the 2019 World Cup. Since then, it has prompted Hartley, who was not the most loquacious of interviewees as a player, to break into verse of his own, revealing Jones as a ruthless task-master.

He said of Jones’ methods in an interview in the Telegraph: “Even by the standards of the 6am texts he delivers while running on the treadmill, which make the recipient’s balls tighten and the brain melt, this phone call was brutal. He was effectively ending my England career with three words.”

The bitterness in the reflection is not difficult to relate to, but where Hartley, and others in pro rugby are concerned, there is a sense that it masks an uncomfortable reality. Namely, that hugely competitive, determined, ambitious players are often their own worst enemies when it comes to looking after body and soul.

The gnawing insecurity that injuries will cost them their place in the line-up, and their livelihood, has often driven players to accelerate return to play after injuries that have not had enough time to heal fully.

Whether that is true of Hartley, who suffered a series of injuries and concussions, including the chronic 11-month knee injury that eventually forced him to retire, only he knows.

When Hartley announced his retirement last November, he said that although the months leading up to it had been difficult mentally and physically, he had no regrets. He said: “My career wasn’t perfect, but I wouldn’t have had it any other way.”

Now, with the Telegraph stating that at, “aged just 34, his body is broken and he struggles to walk downstairs,” Hartley is looking at his time in the pro game through a different lens.

He remembers the gruelling England training camps under Jones as a form of purgatory. He says he would not allow his family to join him because, “it would have felt like a prison visit”.

Hartley says that the porridge doled out by Jones was grim. “Anyone who looked even slightly out of shape had about as much chance of survival as a wildebeest wandering into a herd (sic) of lions. By match day I was absolutely fucking bollocksed.”

He added: “If I’m honest, it was just turning up, wanting just to get through the game and win so I could have a nice week, an easier week, with Eddie.”

My observation is that Hartley’s fitness issues, based almost entirely on the physical wear-and-tear he had sustained during his career, had been evident in his performances for Northampton well before Jones picked him as captain.

While Hartley’s set-piece skills were unquestionably Test quality, he had been struggling to make the impact in the loose, especially in terms of mobility and dynamism, that he had shown earlier in his career.

Unless there is something wrong with the conveyor belt, an international player is always going to be under pressure to hold on to their shirt – and with the younger, more mobile, Jamie George challenging hard, Hartley was no exception.

With George consistently piling on the pressure, especially after winning selection as the Test hooker on the 2017 Lions tour, whereas Hartley was left behind, Jones was left between a rock and a hard place with his captain.

Eventually, however, Hartley’s injury troubles proved insurmountable, and gave Jones his get-out clause. Even so, Hartley says bluntly that he felt, “like a piece of meat, thrown in the bin because it was past its sell by date. I’d had enough of being governed by Eddie”.

His former captain’s frustration is palpable when he says: “My generation of players have been crash dummies for a sport in transition from semi-professionalism. It would be wrong to attempt to skirt the unavoidable truth that, as players become bigger, faster and stronger they will be chewed up and spat out quicker. It is a given, therefore, that we need to insist on the highest standards of care.”

Hartley’s version of O Captain! My Captain! is a warning to the pro game that there is a duty of care towards players which should never be taken lightly.