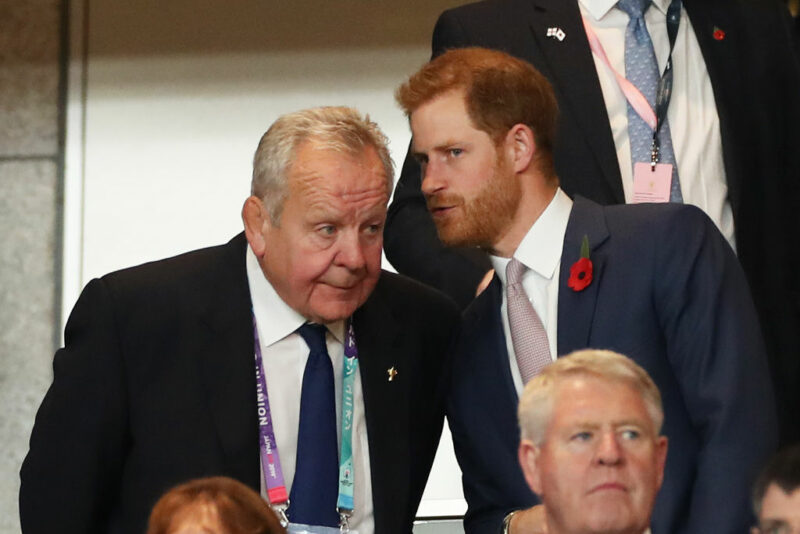 SIMON Halliday has been calling for a seat at World Rugby’s negotiating table since he was appointed chairman of European Professional Club Rugby (EPCR), the body which runs the Champions Cup and Challenge Cup, in 2015.

Those calls from the former Bath, Harlequins and England Grand Slam centre/wing have usually been unsuccessful, with World Rugby sticking to the ancient mantra from the amateur era (when they were the IRB) that they will only deal with national unions, not clubs.

This notion is barking mad in a professional sport in which, in the two biggest unions in the game, England and France, the primary contracts with international players are held by the clubs, rather than by the RFU and the FFR.

Yet, World Rugby find themselves virtually incapable of consulting with the French and English clubs before they hand down edicts on an international schedule which is meant to take precedence over everything – especially when it is dealing with weighty matters like a global season.

This “top-down” mentality, which is endorsed by SANZAAR unions who have never understood fully that the English and French unions have never had primacy of contract over their international players, is at the heart of the impasse over the global season.

It is also why World Rugby have got a blockage in their global season pipeline that almost certainly will not be shifted by the time they hold their proposed council meeting this week.

Halliday says there are a number of sticking points, with the most serious logjam centred on the idea of the European season having to be completely altered to fit into a two-month international window in October/November, pushing the game in the northern hemisphere into a summer rugby season in July and August.

He believes that this move, rather than sticking with two separate international windows – one in June/July, and the other in November – is totally contrary to the interests of the club game in Europe.

Halliday says: “What is wrong about having two international windows rather than a two-month block, which means that at club level we will be haemorrhaging money? I do not believe there is an understanding at World Rugby about how damaging an October/November window will be to the club game in Europe, to the tune of hundreds of millions of pounds in lost revenue.”

This explains why the clubs have warned already that if World Rugby attempt to impose an October/November window it will be met by a refusal from the English Premiership and French LNR to release their players for international matches.

Their rationale is straightforward. A December start to the domestic league season in Europe would mean an unacceptable level of fixture congestion and length of season. Irrespective of whether the Six Nations was moved from a February start to a March start, it would see the domestic and European club game playing their biggest knock-out matches into July – which would clash with the June/July international window.

Halliday has members on his EPCR board representing all the main club bodies, and he says they are unified and determined in their opposition. “For the first time ever the Premiership, the LNR, and the PRO14 are absolutely in the same place. They are connected in what they are saying – and insist that any proposals for the international game also have to work for the club game.”

He points to the common understanding that players want to do the best for their club and their country – and therefore that the two elements have to co-exist.

“We are fully on board with making this work for everybody – but we do not want to be told, ‘thank you, we will let you know what we decide’. That cannot be right when we are sharing the same assets, the players.”

There was a little bit of a breakthrough in the middle of the month when Halliday was included in a World Rugby conference call, in which England captain Owen Farrell and former All Black centre Conrad Smith were also invited to participate.

Both players came out strongly against a two-month October/November international block due to levels of playing and travel fatigue.

Which brings us to the World Rugby governance review headed by Sir Hugh Robertson, a former Conservative MP who was Sports Minister during the London Olympic Games. This was announced by World Rugby chairman Bill Beaumont soon after he was re-elected as their chairman in May.

The first thing Robertson should do is to insist that all the game’s main stakeholders – which includes the northern hemisphere clubs – are included in any talks relating to plans for a global season, and any other major initiatives.

He should also hold Beaumont to his promise to “take more heed of the players”, especially when it comes to fixture congestion and player welfare.

Robertson should let it be known when he intends to finish his report, and how much he is being paid to do it – or whether, like the Lord Myners report on Premiership Rugby, he is doing it as a public service.