Posted on 23rd June 2020 by admin in Columnists, Features 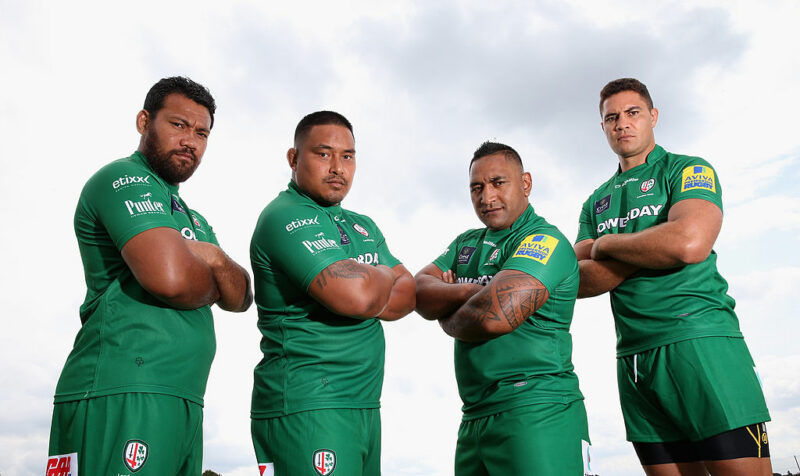 When it comes to set texts for students of the game – the unredacted script of Pitbull’s Punch-Ups, for instance, or The Midfield Mastery of Sam Burgess – one book towers above the competition: The Complete Rugby Footballer by Dave Gallaher and Billy Stead, the two New Zealand “originals” of 1905 whose ideas still reverberate throughout the Union code.

It is stretching a point to suggest that the compelling interview with Dan Leo in these pages last week will one day occupy top spot in the canon, but his account of the failures of governance at this fractured point in the sport’s history and his plea for a fair trade deal to generate growth in the Pacific region demands attention.

The argument by Leo is all the more powerful for the light he shines on political interference and corruption in Fiji, Tonga and his ancestral island of Samoa. There are no rose-tinted spectacles being worn here. Leo sees the facts in front of his face as clear-sightedly as anyone in the game.

How sad, then, that he holds out little hope of meaningful action from World Rugby, the non-governing governing body. Sir Bill Beaumont, its recently re-elected chairman, continues to draw together the game’s “stakeholders” – don’t you just hate that word? – in search of solutions, but as there is not even collective agreement on the problems to be addressed, Zoom may exhaust its own bandwidth before a lasting deal is struck.

World Rugby has developed a habit of congratulating itself on the things that go right in rugby while dodging blame for the things that go wrong, usually by hiding behind its own lack of authority over individual national unions. The old joke about the Sermon on the Mount sums it up. “The meek shall inherit the earth…if it’s alright with the rest of you.”

There again, decision-making has never been the long suit of those in power. Back in 1989, a name change or two ago, the International Rugby Football Board sanctioned a five-match tour of Springbok country by a World XV in honour of the hard-line South African Rugby Board – a step so far out of kilter with the mood of the anti-apartheid moment, it was either wilfully perverse or hopelessly bone-headed.

Maybe it was both. And if neither description floats your boat, you can always fall back on the single word uttered by Archbishop Desmond Tutu. He called the venture “obscene”.

There were no players from New Zealand in that tour party – after the ruinous upheavals of the Springboks’ visit in 1981 and the fall-out from the “Cavaliers” return trip five years later, the country had seen enough – but each of the remaining “foundation nations” was represented. After all, this was not one of those grimy, hole-in-the-wall “rebel” tours organised under cover of darkness by the desperate on behalf of the greedy. It was an official production.

Official, but profoundly wrong. That much was obvious from the unprecedented level of slippery evasion before departure and grovelling mea culpas after the event, especially in Wales.

And the sour smell hung around for an age, with some of those involved subsequently admitting they had received handsome payments for their trouble. If IRFB members, devout believers in the amateur ideal, knew about the money at the time, they were guilty of a charge of hypocrisy in the first degree. If they didn’t, they were asleep at the wheel.

While World Rugby insiders claim the insufferable self-importance of the old IRFB went the same way as the old name and that things are infinitely more enlightened now, Leo’s experience suggests that the arrogance of the past has yet to be fully eradicated.

He may be the man with most to say about the plight of the islands, but neither he nor his Pacific Rugby Players Welfare group has a voice in World Rugby circles. He says that attempts to generate a dialogue with the organisation have been unsuccessful, to the extent that his emails invariably go unanswered.

Things have reached a pretty pass when the best informed, most energetic and articulate campaigner for islands rugby is not only surplus to requirements as far as World Rugby’s own Pacific working group is concerned, but is also unaware of the identities of those serving on it.

“The system is built to keep the rich nations rich and the poor nations poor,” Leo remarked. “It has to change.”

Leo is dead right on both counts. Unfortunately, he is also right to wonder if he is banging his head against a brick wall.

Last week, the government of the United Kingdom was driven into a policy U-turn on free school meals by Manchester United footballer Marcus Rashford. If only the so-called government of Rugby Union was as open to persuasion.