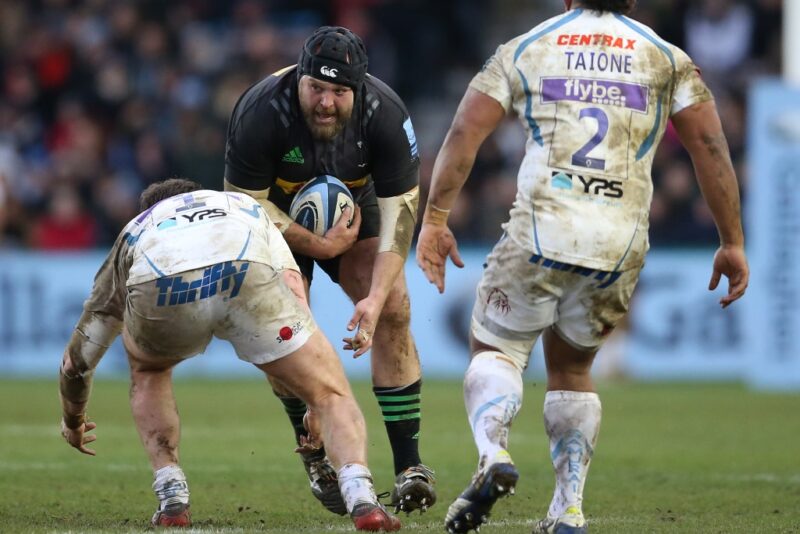 The game in England is slowly edging towards a dangerous conflict that threatens to undermine the whole of Premiership rugby and could impact on the RFU as well.

It is no surprise that the Rugby Players Association are against a permanent reduction of wages for their members but the club owners have now upped the stakes by agreeing to a cut in the wage cap.

Assuming that all clubs were either at, or pretty close to, the wage cap, the cut will mean one of two things: either all the players will have to except lower wages or squad sizes will have to be reduced.

The RPA are rightly insisting that clubs honour the contracts of their players at current levels despite the obvious threat of long term redundancy, in the hope that when lockdown is finally ended the game will flourish.

For those players who have time on their contracts the future may seem good as clubs will be legally bound to honour those contracts, but this will only be a short-term benefit. In fact it’s possible that by forcing clubs to pay, it could end a number of players’ professional careers and even threaten the survival of some clubs.

The agreement to lower the wage cap should be a watershed moment for the game with the owners realising that the losses cannot go on at their current level for the long term and restructuring is more than overdue.

It remains a fact that wages are generally far too high for everybody in rugby given the revenues that are currently generated and particularly as it’s probable we may not return to pre lockdown levels for a couple of years.

Ultimately, the only reason that wages have reached the levels they are now at is the result of a bidding war between the rich leagues for the stars of the game (mainly from the southern hemisphere) in the hope of buying success.

Some will say that the current scandal of wage cap breaches and coronavirus have disadvantaged the Premiership as is proved by the number of top players leaving the league – but nothing could be further from the truth.

The bidding war still continues but with one major change as there is a new ‘kid on the block’ Japan, who have only recently seriously entered the European player market and are doing to the Premiership what the Premiership did to all the other leagues and unions by taking players for a higher salary.

If the Premiership want to keep their star players it is likely that the axe will fall on all the average Premiership players, those who don’t reach international standard and can be replaced cheaply by academy players hopeful of a professional contract.

Greg Bateman of the new breakaway Rugby Players Epoch union has pointed this fact out, although I disagree with his view that it may not inspire as many people into the game.

Young players don’t aspire to be a part of the professional game to become an average player, they want to be a star and if they want to be a success they have to have an inner belief that they are the next ‘best thing’ to happen in the game.

From the moment they are selected for an academy, the dream of being the next Jonny Wilkinson, Owen Farrell, Martin Johnson, Lawrence Dallaglio or any one of a number of the big names of the game, is one step nearer and is the driving force of their ambitions.

It may mean more of those that don’t make the grade leave the game but there will still be more than enough young hopefuls to supply a constant stream of talent for the Premiership and below.

If the Premiership hold their collective nerve it’s possible that the next generation of players would be entering the game when wage levels for all players are at a more sustainable level and with players having lower expectations.

For the current internationals, lower club wages shouldn’t be an issue, given the extra money they get from the union for being part of the international match day squad added to any extra sponsorship they get as individuals.

Obviously, an international career may not last that long, but once you’ve made it to the required level you can join the ‘gravy train’ of players earning their pensions overseas.

With the club game slowly taking the first steps to restarting, the last thing that it needs is a protracted legal action that will only make money for the lawyers and take more money out of the game, let alone the threat of a possible strike.

Unfortunately, RPA chairman Mark Lambert’s assertion that players are the lifeblood of the game, is only true of the amateur game because as a professional you agree to be a commodity, bought and sold by the highest bidder and then discarded when you’re no longer wanted.

I have to say my view is that it shouldn’t just be the players who take a hit, all staff, especially the highly-paid executives and coaches, need to have a permanent salary reduction as well if the game is to survive and prosper.