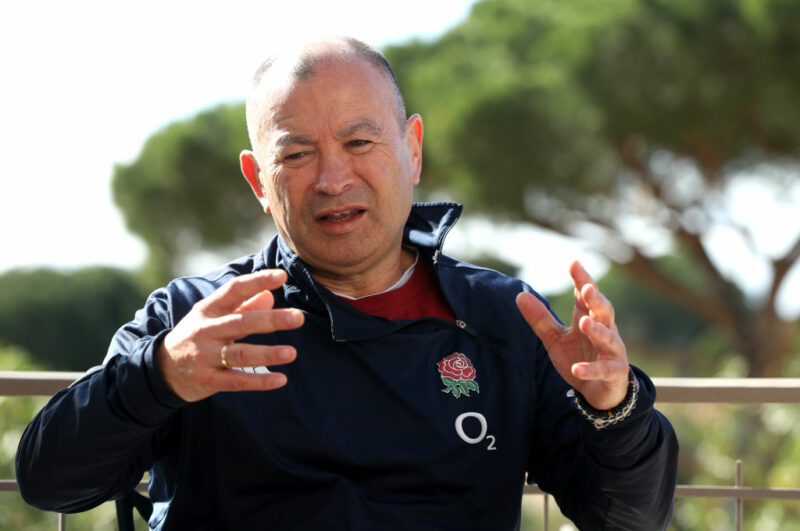 IT is great to get the input of coaches like Eddie Jones, but also those at all levels of the game, on the debate about numbers of substitutes. It’s not so much an all or nothing argument, as about finding the right balance so that the game becomes more exciting to watch, and to play.

Player welfare is crucial, so having three front row replacements available is important – but that does not mean that all of them have to play, or any of them, unless there is an injury.

I’m still of the mind that you can have eight subs on the bench if you want to, although I’d prefer only three, with two covering the front row, and one utility. The main change would be that none of them can come on unless a starting player is injured, and if teams are tempted to cheat they should be aware of the consequences. Those are that a player feigning injury in a pro sport is fraudulent – and that it will damage reputations if they are discovered.

This means that Rugby Union will require a system of recording and substantiating all injuries, and regulations will be put in place enabling audits, spot-checks and testing aimed at detecting fake injuries.

Making the game more entertaining is a challenge to each player in terms of conditioning, but it is worth remembering that Simon Shaw, the 6ft 7ins, 20st Wasps, England and Lions lock, consistently played 80 minute matches when he was in his early years at Bristol.

One of the commercial values of rugby has to be its entertainment, and at the moment, with the game encouraging multi-phase possession and suffocating defence, it has become too predictable, and frankly quite boring.

Private equity investors in Rugby Union like CVC will recognise that more entertainment equals more value, and that makes it a no-brainer for them to push for the game to throw off the straitjacket it is wearing.

England head coach Jones has suggested that the number of subs comes down to six, but the actual number is not as big a consideration as whether the 15 players who have been picked to start, forwards or backs, are conditioned to play for 80 minutes. This makes complete sense, whereas I have never heard a good explanation for why there should be eight subs. Who needs them, and why? Please explain.

An eight-man bench gives coaches too much leeway in selection. Why not make it harder by giving them less room to make selection mistakes by trimming the numbers on the bench?

We could reduce the bench to perhaps five from the start of next season (two front row forwards, a utility back five forward, and two utility backs), with injury-only subs allowed.

It would mean that players have to pace themselves more, and that most front five forwards will have to get used to playing for another 25 minutes. This will involve a change of conditioning programmes, although, even now, they should be ready to play a full 80 minutes.

If you can bring on eight subs from the sidelines the spectacle becomes stale. Too many matches are being won by big, powerful teams that can defend very strongly, and overall it is becoming less of a game for all shapes and sizes.

For instance, the world champion South Africans have just two small players in their starting line-up – Faf de Klerk and Cheslin Kolbe – although Makazole Mapimpi is only just over 6ft.

If you reduced the number of subs available to the Springboks it would be significant, because many of their big forwards would get tired and leave them more vulnerable in defence.

To most of us that would be a good thing, because it would change a game that has become too one-dimensional and lacks clever tactical options. It would open the game up, with more opportunities to attack, creating a sport with more variety and less predictability.

However, if I’m South Africa I don’t want to change anything. If I can keep bringing my ‘bomb squad’ mix of six forwards and two backs off the bench in every match, and not have to worry about my starting 15 becoming fatigued, I might be able to hold on to the World Cup for a very long time.

Even so, the Rugby World Cup is still the third biggest global sports tournament, and I believe that decreasing the number of subs will take it to another level in terms of intensity and entertainment.

Let’s return to 30 players on the pitch, as opposed to 46, with first choice pitted against first choice , and forget about ‘finishers’. Some people say that no one should go back to old ways, but if it benefits the game, then why not?

What we are seeing more often than not is two defences smashing hell out of each other for 80 minutes, and that’s pretty sterile compared to what we had with 15 against 15.

We’re not talking about changes to the laws, but about changes in numbers of players on the pitch, physical conditioning, and mindset.

Another change under consideration is summer rugby – although what needs to be made clear is that it is spring, summer, and autumn rugby.

If it was to happen I hope we are not talking bone-hard grounds, but well-watered and tended green grass surfaces on which there would be no problem going to ground.

The thought of playing in the spring, summer and autumn does not turn me off. There is the positive to have less of an overlap with the football season, and its monopoly of broadcasting and newspaper/website column inches.

If there were clashes with Wimbledon, golf, cricket, football, athletics, and racing, you could consider playing in midweek, or on Friday night, for a short period. If I don’t have to watch rugby in the cold wind and rain in December and January, would I miss it as a player or spectator? No, it will be happy days.