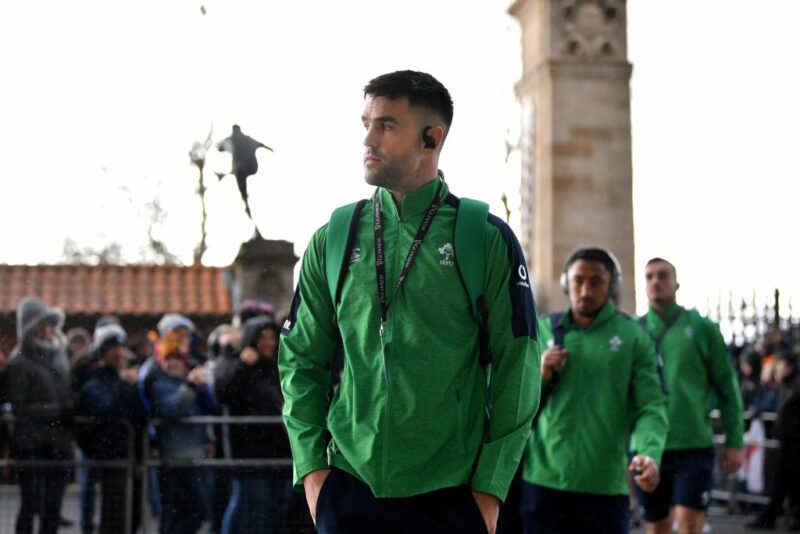 IF the 2021 Lions are to win in South Africa, having at least a couple of outstanding scrum-halves is a pre-requisite – and it is one of the few areas in which Warren Gatland may have concerns.

It is not that Gatland is short of pedigree No.9s, because Conor Murray’s record as the Lions starting scrum-half in all three Tests against New Zealand, as well as twice off the bench in Australia in 2013, is unimpeachable.

However, the Irishman will be 33 by the time of the tour, and his form this season has not hit the heights it has in the past. If Murray remains fit the Lions head coach knows he can rise to the occasion, but there have been recent signs that the wear-and-tear has taken a toll.

Set against that, Gatland backed Mike Phillips to last the course in Australia in 2013, even though he was not the force he was in South Africa in 2009 – and the tall Welsh nine held up his end of the bargain in a successful series.

Gatland will prize Murray’s winning Test credentials, but he is not sentimental – and, although at his best the Munster veteran has no peers as a tactical kicker from the base, he will want clear signs next season that he is back at the top of his game.

This is because the Lions will face a Springbok side with three scrum-half dynamos headed by 2019 World Cup winner Faf de Klerk (28), and completed by try-king Cobus Reinach (30) and the livewire Herschel Jantjies (24).

There is a body of opinion that Gatland’s best bet is to cast his scrum-half net in the direction of Wales, because there are three candidates for the Lions Test berth in Gareth Davies (Scarlets), Tomos Williams (Cardiff Blues), and Rhys Webb (Ospreys).

The 25-year-old Williams has been making headway, and is challenging strongly for the Welsh jersey in a three-way tussle with Davies (30) and Webb (31), who rejoins the Ospreys next season after a couple of years in the international wilderness after opting to play in France for Toulon.

Webb remains a powerful, fast-breaking handful from anywhere in the opposition 22, while Davies proved again during the 2019 World Cup that if you give him an inch around the ruck anywhere from 70 metres out, he has the sprinting speed and elusiveness to take a mile – which usually ends with him planting the ball over the line.

Williams is also fast around the fringes, and his contribution to the last-ditch Justin Tipuric try against England in the Six Nations showed off his counter-attacking instincts.

There are two further Irish candidates in John Cooney and Luke McGrath. Cooney has been so sharp for Ulster in the last two seasons that he has forced his way back into international contention at the age of 30, taking his tally to 11 caps during this season’s Six Nations.

McGrath (27) has been Murray’s Ireland understudy for the past four years, and has been highly effective also as the starting nine in Leinster’s constant push for European Cup glory, earning a winner’s medal in 2018, and a runners-up medal in 2019.

Ali Price (27), and his Scotland understudy George Horne (25) will also be on the Lions list. Price’s rapid acceleration and willingness to take on defenders will make him the front-runner of the two Glasgow Warriors scrum-halves, especially in dry South African conditions.

On the debit side, Price’s sometimes wayward kicking game will come under scrutiny, and Horne will have to wrest the Scottish shirt off his rival before he can be considered as one of the three scrum-halves chosen in the Lions tour party – although his versatility in also playing fly-half is a bonus.

The English contenders are likely to be headed by Ben Youngs (30), who Gatland picked for the 2013 and 2017 tours, although he withdrew in 2017 due to a family illness. In 2013 the Leicester scrum-half earned two Lions caps, coming off the bench in the first Test win, and then starting in the second Test defeat before Phillips was restored for the third Test finale.

If form this season was a yardstick then Danny Care would also have a shout. However, like Willi Heinz, the Kiwi-born Gloucester scrum-half who ousted him from the England squad, the Harlequins veteran will be 34 by the time the Lions arrive in South Africa – and Gatland will be tempted to look for younger blood.

A scrum-half bolter seems unlikely, but Dan Robson and Ben Spencer are two experienced Premiership nines who have credentials to step up. Both are counter-attacking threats, and Robson has experience of South African conditions after helping the England Saxons to a two nil series win over South Africa A in 2016.

Spencer’s long-range sprinting speed is in the same bracket as Davies, and he also has the accolade of being the only scrum-half candidate outside Youngs to have played in a World Cup final – even if it was a late curtain-call.

The Lions scrum-half field looks wide open, with all to play for once the restart gets underway.