Posted on 6th May 2020 by admin in Columnists, Featured, Features, Shane Williams 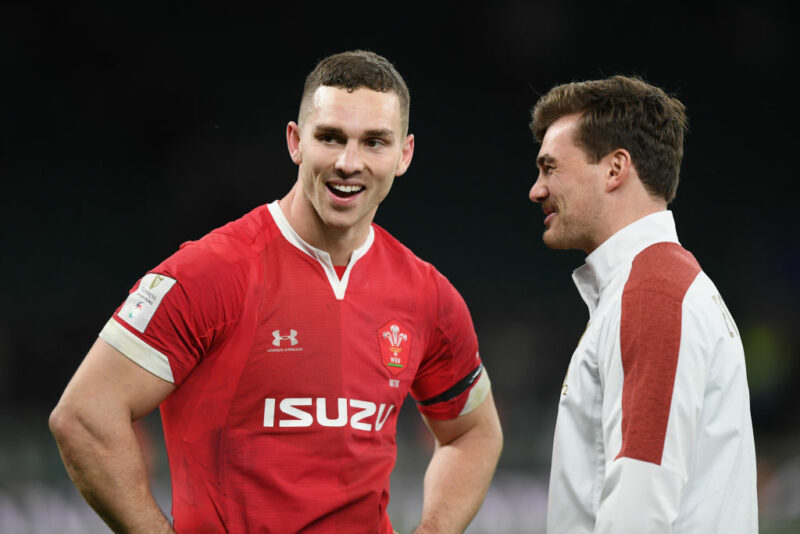 They say every cloud has a silver lining and for Wayne Pivac the beauty of the current lockdown is that it has given some of his older squad members the chance finally to get a decent break from rugby.

Nobody could have envisaged the current crisis in which we find ourselves, nor would anyone have wished it upon anyone else, but it could end up being a real bonus for the likes of thirtysomethings Alun Wyn Jones, Dan Biggar, Ken Owens, Justin Tipuric and Leigh Halfpenny – and George North, 28.

If you chart their workload back to the summer of 2017, when they all toured New Zealand with the British & Irish Lions, and then through last year’s World Cup campaign, it has been horrendously intense for club, country and Lions.

Pivac said last week that he had given his players some time off recently and he must be delighted that his senior pros have been able to put up their feet and rest their aching bones. Alun Wyn, Dan and ‘Captain Ken’ lead the way with 13 international appearances in six months, while George and Tips are one behind.

What the enforced break has also done has eased the pressure on long-term injury victims Gareth Anscombe, Jonathan Davies, Rhys Patchell, Ellis Jenkins and James Davies. And it has afforded Taulupe Faletau some priceless time to ensure his broken bones are fully healed.

I really have no idea how some of those boys have kept going given the punishment they put themselves through on the training field and the hits they are singled out for on the pitch. They can only come back in better physical and mental condition after the break.

The fact they were all in Pivac’s side to face Scotland in the unplayed final game of the Six Nations in March shows they are still very much in his plans for the World Cup in 2023 and there is no substitute for experience when you get onto the biggest stage in the game. The most successful teams in the tournament have been the ones filled with older, more experienced players who have tasted both success and failure on the way to their destiny.

Perhaps the biggest example of that was Martin Johnson’s England team in 2003. They won in Australia on the back of character, dogged determination and a wealth of experience. They knew the game inside out and that’s why they won the World Cup.

It was the same with Richie McCaw’s All Blacks. They were supposed to win it in 2007, but blew it through inexperience. They then made amends at the next two tournaments after learning some hard lessons.

I went to three World Cups with Wales and at only one of them did I feel we had a chance of winning. In 2003, I was thrown in at the deep end and I don’t think we ever really thought we could go all the way.

Four years on in France, we played some great rugby, but fell to Fiji in that infamous game in Nantes and failed to get out of our pool. Looking back we paid for thinking we were going to go through – once again, a fatal lack of experience.

Ironically, 2007 was probably my best World Cup and I scored more tries then than in 2003 or 2011. In New Zealand in 2011 we went in fitter and better prepared than ever – and really believing we could win the tournament.

We had a huge training camp in Poland and even the younger players in the squad, Halfpenny, Biggar, North and Jonathan Davies, felt we could win. We had a great mix in the squad and I still view it as the World Cup that got away from us.

There will be a place for some of the younger players currently on the fringes of the Welsh squad as the clock ticks towards France in three years’ time, but they will have to be ready to make the most of their chances when they get them.

When you look at the three squads of players – the team Pivac picked to face Scotland, a team made up of injured players and replacements and then a side of youngsters – it will be interesting to see how many make the final line-up in 2023.

Once Pivac gets Jonathan and James Davies, Josh Adams, Tomas Francis and Anscombe back fully fit he will have a much deeper squad to choose from later this year. Their return could drastically alter the face of his top team, but he must also look for fresh blood.

He was forced to bring in Gloucester’s teenage try machine Louis Rees-Zammit because of his outrageous form and it will be nice to see him given his chance. I thought he should have been given a start against Italy, but he says he is ready to both bide his time and grab his chance with both hands when he is given it. I can’t wait!

We’ve all see Taine Basham graduate into a mainstay of the Dragons pack this season and I’d love to see the Wales U20 skipper Jac Morgan exposed to the top tier of rugby. There is a little bit of bias there, given he is a Brynamman boy and I went to school with his mum and played rugby with his dad, but I was really impressed with the way he handled playing for the Scarlets against Bayonne in the European Challenge Cup.

Everyone keeps telling me he is too small, but lots of us have been told that over many years in these parts and gone on to prove people wrong! Just watch him at the breakdown and see how good he is.

There is a new front row being groomed in the shape of Rhys Carre, Ryan Elias and Leon Brown and second row Adam Beard has already got a Grand Slam and World Cup under his belt.

I’m missing rugby as much as anyone, but in times like these you do realise there are more important things in life. I’m sure George North will understand that when he and his wife, Beccy, celebrate the imminent arrival of their first child.