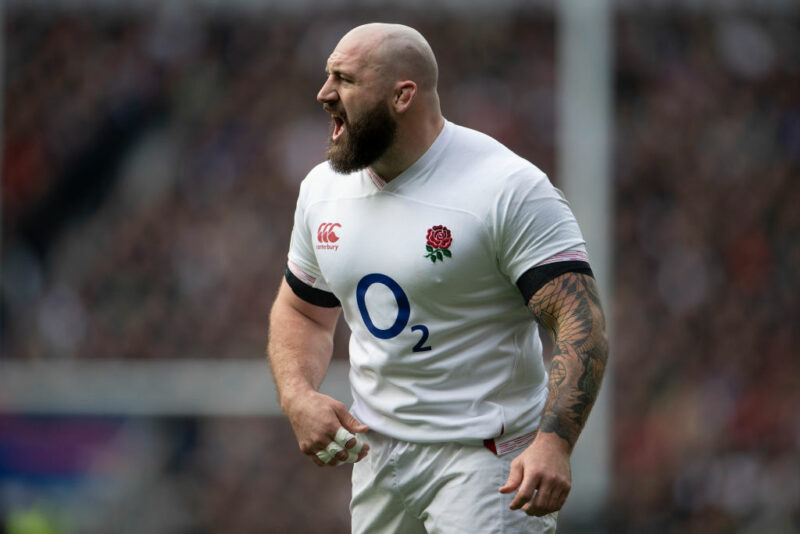 A year from now the jockeying for position at loosehead for the 2021 Lions tour of South Africa should be in full spate, with the squad usually announced in mid-April.

As with every position in the tour party it will be fiercely contested, especially as the loosehead is often the most important attacking scrummager in the front row. This will be critical because the scrum has been restored as one of South Africa’s key weapons by their World Cup-winning coach, Rassie Erasmus.

England were reminded of this to their cost in the 2019 World Cup final in Yokohama five months ago when Springbok No.1 Tendai Mtawarira made such a mess of their scrum that it gave them an insurmountable mountain to climb.

The good news for reappointed Lions head coach Warren Gatland is that there is no shortage of ambitious looseheads trying to muscle their way to the front of the queue.

England have the most proven depth in the position, although Ireland, Wales and Scotland all have strong candidates.

Joe Marler, a 2017 Lions tourist with 71 England caps, is enjoying an Indian summer to his career, Ellis Genge has emerged as a hungry young fighter, and, despite Mako Vunipola slipping down the England pecking order during the recent Six Nations, he has credit in the bank. Vunipola was the Lions’ incumbent during all three Tests in the 2017 drawn series with New Zealand.

Gatland also has the advantage of the inside track on the Welsh front row, and picked Wyn Jones and the heavy-duty youngster, Rhys Carre, at loosehead in the last of his Wales selections against South Africa in their narrow 2019 World Cup semi-final defeat.

The Lions head coach knows he can also rely on a seasoned Irish contingent of Jack McGrath, who held his corner when he came off the bench for Vunipola in the Test series against the All Blacks, the old Leinster warhorse Cian Healy, and Munster’s Dave Kilcoyne.

On top of that there has been the Lazarus-like return from injury of Scotland’s Rory Sutherland. The Edinburgh prop was the forward rediscovery of the 2020 Six Nations, giving the Scottish scrum much-needed authority and ballast, as well as packing a punch as a carrier in the loose.

Gatland has a mental picture of just how destructive a loosehead like Mtawarira can be, because the powerful Zimbabwean-born prop, now retired, earned cult status among Springbok fans after ambushing the Lions scrum in Durban in the first Test in 2009, swinging the series decisively in favour of the Springboks.

Gatland was the Lions forwards coach on that tour, and he and scrum coach Graham Rowntree were subsequently criticised for selecting one of the great footballing props, Gethin Jenkins, as their starting Test loosehead in front of Andrew Sheridan, one of the most formidable scrummaging props of that, or any, era.

The South Africans were allowed to emerge virtually unscathed at the scrum, despite fielding their captain, John Smit, who was their 2007 World Cup-winning hooker, at tighthead.

When the giant Sheridan eventually got his chance to start in the third Test in Johannesburg the Lions scored an emphatic 28-9 victory – but, having lost the first two Tests narrowly, and overlooked the chance to attack Smit from the outset, it was too late.

Gatland has always had a preference for mobile props who can offer a significant contribution around the pitch, whether in defence or making hard yards around the fringes, as long as they can deliver on their own put-in at the scrum.

By the same token, big powerhouse props who are scrum-wreckers but do not offer as much around the pitch are more of a luxury in Gatland’s book, than a priority.

However, since being appointed head coach of the last two Lions tours, the series win over Australia 2013 and the drawn series in New Zealand in 2017, Gatland’s front row selection instincts cannot be faulted.

In 2013 his starting loosehead was England’s Alex Corbisiero, who, when injury free, was dynamic as a scrummager and carrier. Corbisiero was one of the luminaries in the 41-16 third Test triumph which clinched the series against Australia, not only scoring a try after two minutes, but also playing a big part in putting the Wallaby scrum into reverse gear.

In 2017 Vunipola – who had understudied Corbisiero in 2013 – earned his stripes against the All Blacks, holding his ground at the scrum and carrying/tackling his heart out.

Having been targeted by the Springboks in the World Cup final, Vunipola has a score to settle with their tight-head strongman Frans Malherbe, as well as his Saracens team-mate, Vincent Koch, who is their bench No.3.

However, a year is a long time in this sport, and the competition between Vunipola and his rivals for the Lions loosehead shirt will be intense. It should also ensure that Gatland is very well-equipped to combat South Africa in the area they consider a traditional strength – the scrum.