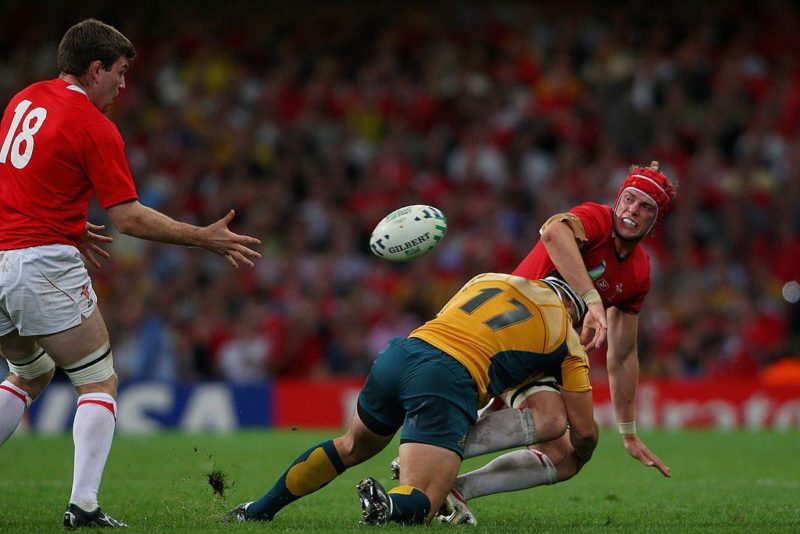 His first World Cup ended on the western coast of France with Wales plunged into a national crisis which forced them to dig deep for a new coach.

The next global tournament, in Auckland four years later, took his country to within a foot or two of the final only to fall short at Eden Park when Leigh Halfpenny’s long-distance penalty floated down under the bar instead of over it.

His third shot at the biggest prize fell somewhere between the first two, a late Springbok try at Twickenham doing for Wales roughly what they had done to England in stealing a win which cost Stuart Lancaster, Andy Farrell and the whole shooting match their jobs.

If Wales go further this time than they have ever been and justify their status as No. 2 by reaching the final in Yokohama, Alun Wyn Jones will probably have climbed to the top of another chart.

He heads for Japan with every chance of ending it as having started more World Cup matches than anyone else, a distinction held jointly at 18 by Richie McCaw and the newly-installed chairman of the Lions, Jason Leonard.  Jones has made 13 and it would have been more but for the Fijians’ riotous romp around Nantes knocking the Welsh out at the pool stage and paving the way for Warren Gatland’s entry as head coach.

Twelve years on, Jones is the only one left standing from that crew.  The countdown to his fourth World Cup begins on Tuesday with Wales naming an outsized squad for the pre-Japan schedule featuring a summer return to their favourite camp in the Swiss Alps.

If Gatland does what he did at the same stage before the last World Cup when he cast the net far and wide to include 47, then everyone who is anyone can expect to find their name somewhere amid the chosen many. By coincidence, Wales have capped 47 players since the end of last season.

Blues hooker Kristian Dacey got his cap but has since slipped down the pecking order. At least he is still playing, unlike the luckless Osprey Eli Walker, a wing of rich promise before recurring injury bludgeoned him into submission.

The other uncapped players from the training squad of four years ago still have only one cap between them. While Ospreys lock Rory Thornton got his against Samoa two years ago, Dragons centre Jack Dixon is still waiting.

Even allowing for such long-term casualties as Aaron Shingler and Ellis Jenkins, Wales are better equipped for this World Cup than they were for any of the previous eight. Even the prickly captain will agree with that, privately if not publicly.