Bath to enter race with Racing 92 for Pumas star?

Posted on 4th August 2020 by admin in Featured 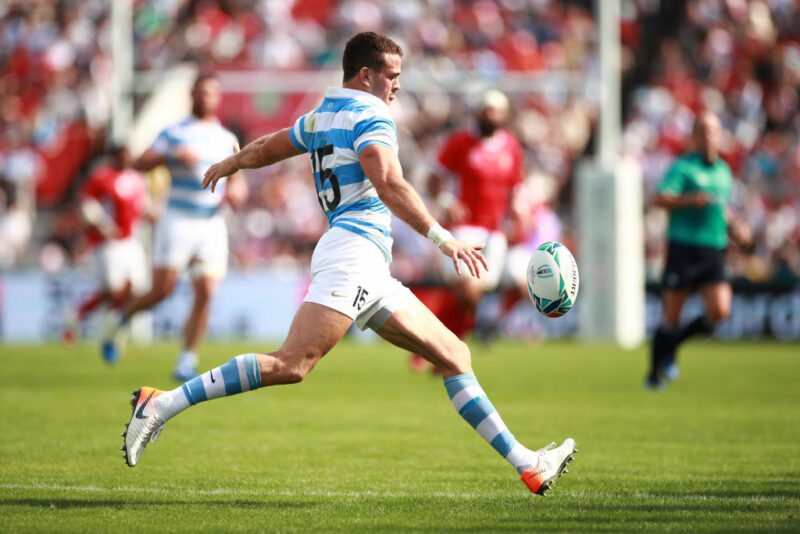 BATH are still looking to sign a full-back which could mean they are taking a look at Argentina international Emiliano Boffelli.

Boffelli is one of several Puma stars from the Jaguares who are looking to move to Europe after being told in June to look elsewhere for deals.

Nominated for World Rugby Breakthrough Player of the Year three years ago, he can play centre, wing or full-back.

Racing 92 were understood to be looking at him but appear to have gone cold on a move, while Bath are still looking to beef up their backline.

Elsewhere, London Irish are set to add to their ever-expanding foreign legion ahead of the return to action with a move for former Worcester Warriors hooker Agustin Creevy.

Creevy, who has skippered the Pumas in 51 of his 89 Tests, is set to join the Exiles just a week after confirmation Tom Homer and Rob Simmons were on their way there, as The Rugby Paper reported last week.

The Exiles have been looking to reinforce the middle of their front row which has been hit by the departures of Dave Porecki and Saia Fainga’a.

Creevy, 35, who spent a couple of seasons at Sixways, will battle Motu Matu’u to become Declan Kidney’s first choice with Ben Atkins available to add some support.

Creevy decided to move back to Europe – where he has also played for Montpellier – after doubts about the Jaguares’ future in Super Rugby.

We understand that the Exiles have managed to keep hold of all their big-names like Sekope Kepu, Adam Coleman, Nick Phipps, Waisake Naholo and Curtis Rona.

Director of rugby Kidney also announced that England 7s international Charlton Kerr was joining and we believe another lock and a couple of backs will be on their way to the club.