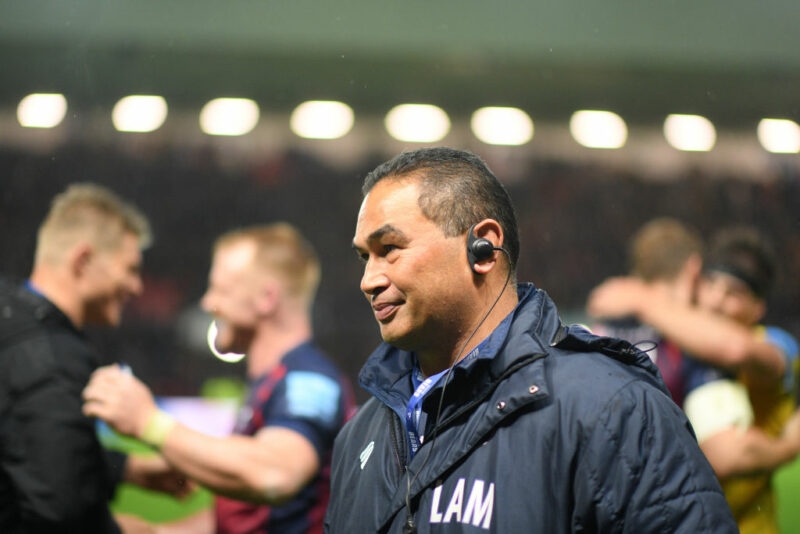 I wouldn’t underestimate anything about Pat Lam, because his pedigree and talent as a coach is proven, which is why Bristol have put their faith in him.

Even with the resources that Bristol have, it’s not easy to join a club and establish a new culture, while, at the same time, getting the respect of everyone involved. However, Lam’s track record indicates that he has done exactly that.

Lam not only got them promoted from the Championship to the Premiership at the first time of asking when he joined in 2017, he ensured that they stayed up, finishing ninth in the top league last year (2018-19).

Now the plan has moved on, and this season Bristol have taken the next step, which is to start competing with clubs at the top end of the table like Exeter. Given that Bristol are in third place they are certainly established as contenders this season, alongside Sale and Northampton, with Wasps also possibly having a say.

Hopefully, if the season restarts as planned in mid-August, we will find out if Bristol have a squad strong enough to challenge Exeter. If not, no one can accuse them of lacking ambition – and there is no bigger sign of intent than the way they have persuaded the Fijian World Cup star, Semi Radradra, to leave Bordeaux for Bristol.

Bristol is a great city with good transport links, and it’s a good place to live, as well as to play pro rugby, so with any luck Radradra will soon settle-in. The prospect of Radradra, who is brilliant whether he plays at outside centre or on the wing, linking with Charles Piutau at full-back is stunning – and I just can’t wait to see it.

These are two of the most spectacular attacking players on the planet, and if they click then Bristol will be box office.

Kyle Sinckler joining Bristol is another big plus, and having become established as a world-class tight-head prop I can understand him negotiating for a level of remuneration that he believes reflects his standing in the game. Harlequins could not get to that figure, but Bristol did.

Quins are in mid-table, and although Bristol had a bit of an ‘iffy’ period around Christmas, they have regrouped and having climbed higher in the table, they are making a statement. They are saying to Sinckler, and others, that this is where we are going, so come and join us – and maybe their pitch is that bit stronger than Quins.

It is interesting because a lot of the Bristol squad outside All Black back rower Steven Luatua and his England counterparts No.8 Nathan Hughes and lock Dave Attwood, are not well-known.

However, what Bristol have done is to introduce a handful of world-class players into a squad of good club players, with the intention of inspiring and encouraging them to raise their game. That will apply to their half-back pairing of Harry Randall and Callum Sheedy as much as anyone.

There will also be an injection of competition for places within the Bristol squad with the arrival of the Saracens pair of flanker Ben Earl and 10/12/15 Max Mallins on one-year contracts. Earl has broken through into England back row contention this season, and will want to sustain the impact, but Lam could find that a backline slot for Mallins is more of a puzzle.

Piutau is much more dangerous at full-back than he is on the wing in my book, and that means that Mallins will either have to battle it out with Sheedy at fly-half, or take on a utility role.

Can Bristol push Exeter all the way? In a two-horse race Exeter have been there and done it, winning the Premiership title for the first time in 2017, and have also had to deal with the disappointment of coming a close second to Saracens on three occasions.

There’s every chance that Exeter will win their second Premiership title if this 2019-20 season is finished, and that they will play Bristol in the final – but next season (2020-21) I expect that Bristol will be serious contenders.

The Bristol squad seem very responsive to what Lam has put in place, but if you want to create your own era it is about keeping your standards high every week. I joined a Bath team that was winning in the mid 1980s and we continud to win until the mid 90s to create a successful era, but Bristol have not done that since the 1970s, when they beat Bath on a regular basis.

Bristol played like a big city club back then, but since that period they have not managed to do so again – until now.

With Lam coming to the club and Steve Lansdown’s money underwriting the arrival of world-class players, they should be able to step up and challenge Exeter.

My question mark over Bristol is if they are strong enough at scrum-half and fly-half. Randall had some good raps before lockdown, and Sheedy was steady and executed really well at times – but when it comes to competing for titles most teams in contention have serious ability at 9 and 10.

Bristol like to play a quick, free-flowing attacking game, but I’m not always sure that’s the right strategy in the Premiership. Wasps tried to do it, and although they got close with all their star imports – especially when Piutau was with them – ultimately, they didn’t manage to get over the line.

That’s why it will be a surprise if Bristol cause an upset this season, although Exeter will also have to readjust at scrum-half with Nic White returning to the Brumbies and Scotland scrum-half Sam Hidalgo-Clyne joining them from Lyon.

Bristol should have the beating of local rivals Bath and Gloucester, but Exeter are another matter. The Chiefs director of rugby, Rob Baxter, gets most things right, and they might have had other titles if Saracens had not broken the rules. But that’s gone now – and they have the remedy in their hands.