Lions tour contenders RANKED – Faletau is a step ahead of Vunipola

Posted on 22nd May 2020 by admin in Columnists, Featured, Features, Nick Cain 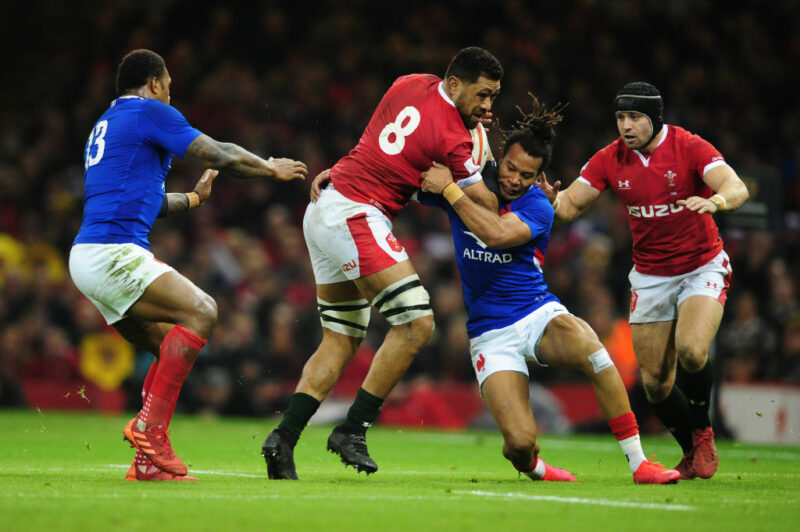 Atwo-pronged Lions No.8 assault force of Taulupe Faletau and Billy Vunipola should be enough to make the Springboks think twice about their capacity to overwhelm any back row that the 2021 tourists field in the Test series.

The Anglo-Welsh combination of Vunipola’s steamroller close quarter carrying, supplemented by the speed and dexterity that his cousin brings to the party would be something to savour – especially given Faletau’s outstanding form as the starting No.8 in the 2017 Lions in the drawn series against New Zealand.

There are, however, a couple of big hurdles for Faletau (6ft 2ins, 17st 4lbs/110kg) and the super-heavyweight Vunipola (6ft 2ins, 20stone/127kg) to vault over before the South Africans are forced to sound the alarm.

The first is that the No.8s – who both have Tongan parentage – are increasingly injury-prone.

Injuries explain why Vunipola has already missed one Lions tour, having to withdraw after being selected in the 2017 squad, and it was a similar story when Faletau was forced to pull out of the Wales squad just before the 2019 World Cup.

Furthermore, this season Vunipola missed the entire 2020 Six Nations campaign before lockdown, while Faletau had a relatively low-key tournament which ended in the narrow Welsh defeat at Twickenham in March.

The common denominator for both these powerhouse back row forwards of Polynesian descent is that both their nations were on the receiving end of crucial defeats by the Springboks in the 2019 World Cup, with England going down in the final, and Wales in the semi-finals.

Vunipola, in particular, has ground to make up after his big-match authority went absent in Yokohama as part of an England pack which lost the chance of becoming world champions, having been outmuscled by the South Africans in every department.

This included a back row contest in which he was overshadowed by his opposite number, Duane Vermeulen. In fact, Vunipola’s international record against the Springboks is heavily in arrears, having won only one of the five Tests he has played against them during his England career.

Nick Cain’s ranking of who should start at No.8 for the British & Irish Lions in 2021

If any of an array of aspiring British and Irish No.8s for the 2021 tour requires a reminder of what it takes to face down the Springboks they can take inspiration from the example set by Tim Rodber in the decisive first two Tests of the 1997 series.

The big Northampton No.8 hit the heights with displays of such uncompromising physicality in the defensive line that it was the South African forwards who blinked first.

It would be surprising, given the size of the Springbok back row that the 2021 Lions are likely to face, if they could afford to play one of the smaller No.8s that have been in vogue in Europe over the last couple of seasons.

However, it would be a brave decision to take that tactical route against South Africa. The only justification would be if Gatland is convinced that if the Lions employ a smaller, much faster back row, they could play at a pace that the Springboks are unable to live with.

However, the risks of that backfiring against a nation that prides itself on the fitness of giant back row forwards like Pieter-Steph du Toit are high – and truncated modern Lions tours allow little room for selection experiments.

It is intriguing that CJ Stander, the Munster and 42-cap Irish No.8 who came off the bench for Faletau on the 2017 tour, highlights just how fixated the South Africans are on the size of back row forwards.

Stander (6ft 1ins, 17st 13lbs/114kg) decided to opt for Ireland over his homeland after being told by a senior South African coach that he was too small to play No.8, and should switch to hooker if he had international aspirations.

The conundrum that Gatland faces is that most of the bigger No.8s in the British and Irish selection pool, such as the two Scots, Magnus Bradbury and Nick Haining, Ireland’s Caelan Doris, and Alex Dombrandt, the exciting uncapped Harlequins prospect, are inexperienced.

Bradbury and Haining (both 6ft 4ins and just over 18st/114kg) are in the foothills of their Test careers, but are mobile carriers who could be suited to the fast surfaces, especially on the high veld.

The Irish youngster, Doris (6ft 4ins, 16st 10lbs/106kg), is even more callow having had his Test debut against Scotland in February curtailed by a head injury, and, despite his promise, at 22 this tour could have come a year early for him.

If there is to be a back row bolter, then Dombrandt might have done enough to attract Gatland’s attention – even though the Quins No.8 has yet to convince England’s Jones to give him a gallop.

Dombrandt, 23, has the size (6ft 4ins, 18st 7lbs/118kg), line-breaking power, and handling ability to do damage in South African conditions, and if he can raise his fitness to Test level there should be no impediment to him pushing hard for inclusion.

Overall, Faletau leads the way because he is a proven Lions Test No.8, but if Billy Vunipola remains fit and hungry, and peaks at the right time, he has the credentials to make the shirt his own. However, there will be no handouts.