Posted on 16th January 2020 by admin in Featured 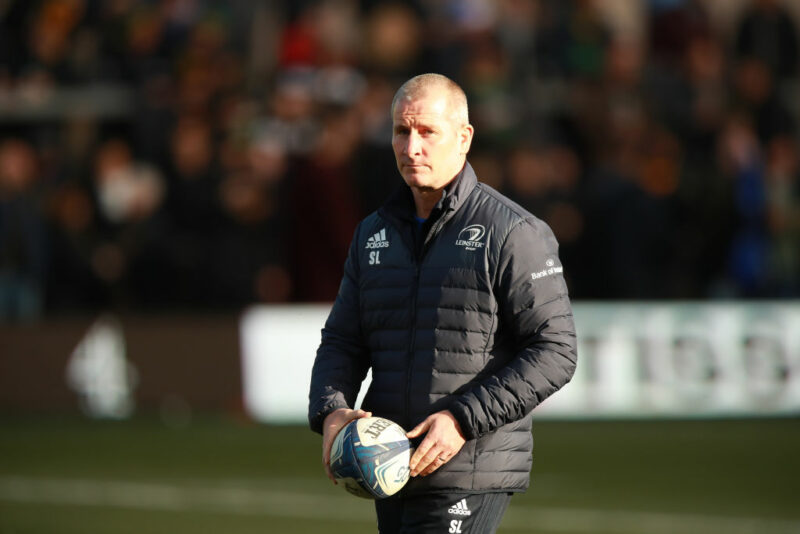 STUART Lancaster says Yorkshire Carnegie couldn’t have made a better appointment than bringing Phil Davies back as the club’s director of rugby.

Davies returned to the club last week after Carnegie sacked Martyn Wood and former England boss Lancaster has already met up with the Welshman to offer some support.

Lancaster told TRP: “I feel sorry for Martyn because he did a great job in putting the squad together but obviously the board decided to go in a different direction, and the only direction that could possibly turn things around would be with Phil.

“Phil came into the club in 1996 when the club was in the old fourth division and his enthusiasm and passion for the project, the club and the city took us from that position all the way into the Premiership and to victory in the Powergen Cup Final.

“He was there ten years and what he achieved was remarkable.

“A lot of ex-players I speak to speak with tremendous affection for their time at the club, and Phil was a huge part of that.

“To come back now, knowing the city and the club as he does, there is no better man to get the team back on track.”

Despite the success Lancaster is enjoying as senior coach with all-conquering Leinster, Carnegie is still the club closest to his heart.

The 50-year-old was the first player to make more than 100 appearances for Leeds Tykes before becoming the club’s academy manager.

In 2006, he succeeded Davies and led the club back up to the Premiership at the first attempt before England came calling.

Son Dan has become a mainstay of the Carnegie midfield and Lancaster senior has been a regular attendee at games.

“Even if Daniel wasn’t there, I’d still be invested in it. The club was formed while I was there, I played all my career there, I was academy manager there and director of rugby.

“Leeds needs a rugby club in the heart of the county and Phil will do his best to try and keep the team in the Championship first and foremost and then build a long-term sustainable future for the club.”

Carnegie are rooted to the bottom of the Championship with just one point.

With last week’s loss to Cornish Pirates followed by a home game against runaway league leaders Newcastle and then a trip to Jersey, Davies couldn’t have asked for a tougher start.

But this is a man who coached Namibia, with a playing population barely stretching into four figures, at two Rugby World Cups.

If Carnegie do survive, it would probably be a bigger achievement than the 2005 Powergen Cup win given what has gone on at Headingley over the past year.

Davies told TRP: “It is a massive challenge, about as big as it can get. We have one point, and Bedford have eight. The challenge is massive, but not impossible.

“We’re going to have a go at it; we won’t be short of enthusiasm and endeavour. Those were the hallmarks of the Leeds teams of old.

“It is all about maximising the potential of the team and seeing where that takes us. Hopefully it’ll take us to survival. If it does, fantastic, if it doesn’t, we’ve still got a plan moving forward.”

“They’re all wonderful rugby men,” said the former international, capped 46 times by Wales. “But, to be honest, the table and scoreboard are the last two things we’re looking at.

“We are where we are and now it’s about trying to push the club forward.”

Davies’ first game back sees him come face-to-face with one of his predecessors at Yorkshire Carnegie – Chris Stirling, Kiwi boss of the Cornish Pirates who sit at the other end of the table – second behind Newcastle.

Not that that worries Davies – his immediate focus is on performance.

“The boys’ enthusiasm and effort to want to learn and improve has been really encouraging,” said Davies,  confirming the team now trains three times a week as opposed to twice.

“All we can do is look to build our performances and get the basics right, like our defence.

“We have a lot of attacking talent, but we have got to provide that talent with a platform to play.

“Hopefully, going into the Nottingham game (on January 31) and beyond, we’ll  see some green shoots.”

Carnegie are also looking to bring in additional coaching support.

Davies, 56,  confirmed that Colin Stephens, another former Llanelli and Wales international, is someone he’ll be looking to work with.

Money has also been found to bring in “a maximum of four to five players”.