Posted on 25th November 2019 by admin in Columnists, Featured, Features 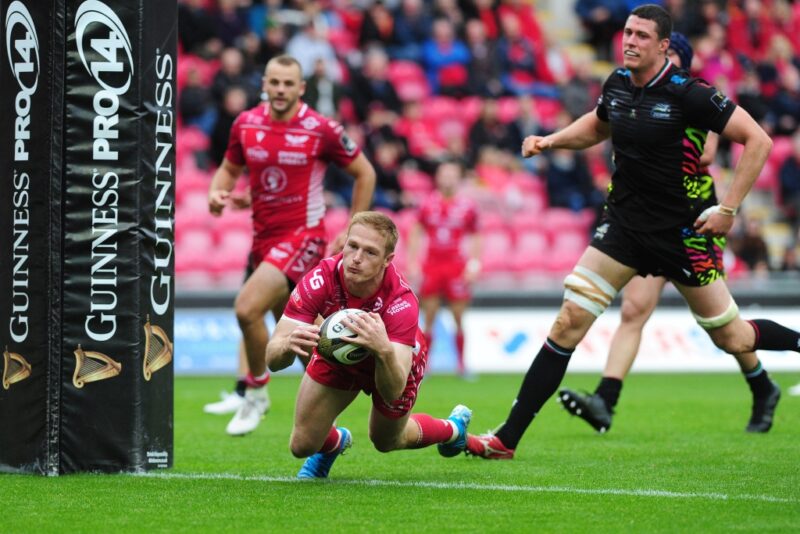 IN any walk of life, my belief is you have to strive to better yourself in every way you possibly can. It’s a mantra I applied to my rugby career and I’ve stuck to it in retirement, but it’s also one that I think rings true for anyone, whatever their profession.

That’s what Johnny McNicholl and Willis Halaholo have done by moving and eventually qualifying to play for Wales – tried to take the next step in their career and they shouldn’t be castigated for that.

Both players are now eligible for Wales via World Rugby’s three-year residency ruling and have been selected in Wayne Pivac’s first squad straightaway.

There has been a lot of flak flying about over them coming straight into the international set-up and there have been critics – one of which was my former team-mate Gavin Henson.

It has been unfair on the two men and Wayne too. As a head coach you pick the best players at your disposal  and if McNicholl and Halaholo fit into that category right now, then that is fine by me.

Every team in the world has players born in other countries playing for them.

There are many players from the Pacific Islands wearing New Zealand and Australian shirts. There are a few with France too, as Wayne rightly pointed out last week.

Why should Wales be any different? I wholeheartedly agree with World Rugby’s decision to raise the qualification period from three to five years, but it’s not McNicholl or Halaholo’s fault they came to Wales before the ruling was changed.

If you had asked them both at the time, I doubt either would have said playing for Wales was an aim of theirs, certainly not initially at least.

Now it is set to become a reality against the Barbarians on Saturday and I’m sure it’s something both players will be looking forward to.

I think both players can have a big impact with Wales, much like Hadleigh Parkes has done. Parkes qualified for Wales on residency too and is now a firm favourite with Wales supporters.

Time will tell whether that will happen to McNicholl and Halaholo, but I’d expect both players to get a chance to impress against the Baa- Baas.

I’m sure they will get good receptions from the Wales supporters at Principality Stadium and I’m looking forward to seeing them in action.

Halaholo is an exciting centre. He has plenty of power and the physique to cross the gain line, but he’s also got great distribution and a stepping game too.

McNicholl is another player I like. He’s not a flashy winger, but like his Scarlets team-mate Parkes he does the basics very well in attack and can play full-back as well.

One thing I think he will have to improve on for the highest level is his defence. That hasn’t been shown up too much in the PRO14, but it might do on the biggest stage. That’s why I think he will play on the wing rather than at full-back.

I went down to the Scarlets recently to interview Brad Mooar and got a very good vibe about the place and we all know how good McNicholl has been down there.

The Barbarians game is a great opportunity for some of the younger players to impress, too. I like the way Wayne has gone about naming his first squad.

It’s exciting to see young players like Taine Basham and Shane Lewis-Hughes in the squad while there will be plenty of others brought in to experience the international set-up.

That’s a good approach – drip feed in the next generation and they will have senior guys like Ken Owens and Justin Tipuric to work with and learn from. I’m sure either one of those two will be captain against the Barbarians. Guys like Basham will be looking to them to see what the required standard is.

I’m excited to see what sort of team takes to the field at the start of a new era in Welsh rugby. The result doesn’t really matter, but it would be good for Wayne to get off to a winning start in a high-scoring and entertaining game, especially with Warren Gatland in charge of the Barbarians.

I expect Halaholo and McNicholl to play a big part in a Wales win and I’m sure they’ll both be very proud to pull on the red jersey.

Both players have made homes and settled down in our great country and I know they each have children who have been born in Wales. Hats off to them for doing so and we must welcome them as our own – just like we did to Hadleigh.

The bottom line is that Willis and Johnny are fine players, eligible to represent Wales, and they need our full support.