Posted on 13th October 2019 by admin in Columnists, Featured, Features 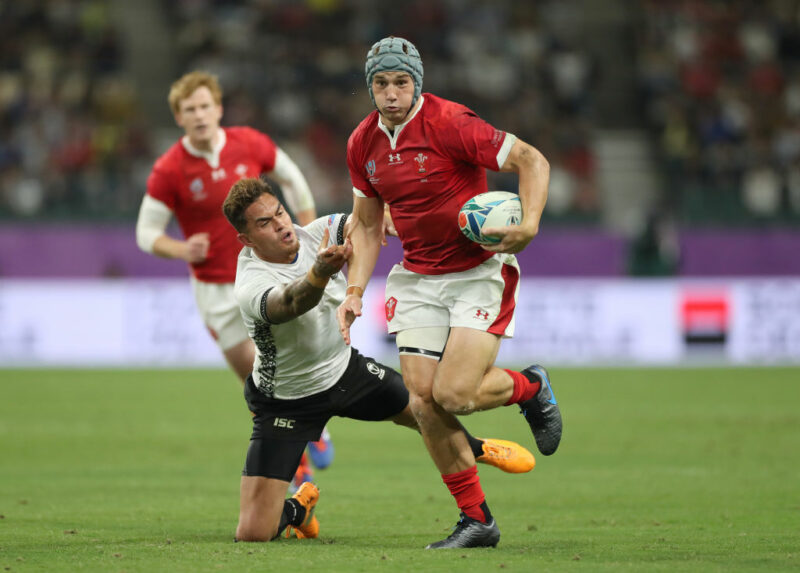 WALES are battered and bruised, but they are also battle-hardened for the World Cup’s quarter-finals and that is where you want to be instead of undercooked.

The tournament’s last-eight stage is now going to be very, very interesting given the impact of Typhoon Hagibis. Cancelling games is far from ideal for the organisers.

There will be teams going into the quarter-finals who will have had long breaks before crucial games – that’s the case for both France and England. If Wales beat Uruguay today – as they should in comfortable fashion – they will play Les Bleus and I know which camp I’d rather be in. It’s Wales all day long.

Warren Gatland does have injury worries over key players in the back-line, the main one being Jonathan Davies. I’m praying his knee problem isn’t too serious as he is such an important figure.

If he were to be out of the latter stages my confidence in Wales going all the way in Japan would be diminished. That’s how vital Jon is. He’s world class and we saw that in the win over Fiji.

The way he ran straight through the Fiji side to set-up Josh Adams’ hat-trick try showed him at his trademark best. He always seems to produce on the big occasion.

Hopefully he gets the chance to continue that in Japan.

I’m sure Welsh supporters will also be fretting over Dan Biggar, George North and Liam Williams. Those three are all sitting out the Uruguay game and Warren’s selection is totally the right call.

The team have had incredibly tough battles with Australia and Fiji in the Pool stages. Giving the first-choice players a break and letting them recharge the batteries is the way to go. Guys like Rhys Patchell, Hallam Amos, Owen Watkin and Aaron Shingler will be raring to go against Uruguay and I can only see a bonus-point Welsh win.

That would see Warren and the boys finish the Pool stages with a perfect record. The only other Welsh team to do that in previous World Cups was the class of 1987 at the first tournament.

We know that side went on to finish third and I sense something similar happening in 2019 – my only hope is this Welsh outfit can go two places better and lift the Webb Ellis Cup!

Whatever happens in the knock-out rounds, Wales will go into it in fine fettle. While there are one or two  knocks to consider, crucially Warren Gatland’s players are not underdone. Speaking to the Wales back-room team they are very happy with where they are.

If guys like Paul ‘Bobby’ Stridgeon are happy, then so am I and so should the Welsh supporters. Bobby knows exactly what is required for a team to deliver on the big stage when it matters most.

However, if I was in the English or French camp I would worry about being underprepared. The cancellation of the game between those two sides is a sad step – and it’s not ideal that New Zealand against Italy has also gone.

It has caused all sorts of chaos and bad press for the tournament which is a real shame. But I’m not sure what else World Rugby could have done. It has to be a case of safety first.

During my playing career in Japan we were all made aware of the danger of typhoons. I played matches in all sorts of conditions – wind, rain, hail and much more besides!

I didn’t have a match cancelled or delayed due to a typhoon, but I know from living in the country how dangerous they can be. I can understand why people are angry at games being abandoned, but it’s a small price compard if they were held and a player or spectator was hurt.

World Rugby made the rules on a typhoon impacting on games clear before the start of the tournament so I’m not sure they could have done much more on that front.

I do feel sorry for guys like Sergio Parisse and Leonardo Ghiraldini who have been denied a huge Italian farewell against New Zealand.

There is also the huge issue of Scotland’s game with Japan and whether that will be played this morning. To be knocked out of rugby’s biggest tournament by the weather would be the cruellest of blows. If that were to happen, I’m sure the fallout would run and run, but typhoons are not to be messed with.

It’s just a huge shame for the fans who have forked out the money to come over here. There will have been huge numbers who have spent thousands of pounds and with England against France such a big game I’m sure some supporters will have travelled just for that one. They will of course get a refund on their ticket, but that won’t make up for their disappointment.

Back to Wales and while Warren has said the players who have the chance to face Uruguay today can seal a quarter-final match day spot, I can’t see too many changes for the France game from the side which played against Australia.

Of course if Jonathan is ruled out then Owen Watkin would have to come in at centre. That would probably be a straight swap with Hadleigh Parkes staying in the No.12 jersey.

I’m looking forward to seeing Aaron Wainwright at No.8 against Uruguay. I think he’d struggle a bit there against the biggest and most physical sides, but for Uruguay his combination of pace and power could see him excel. It might be enough to earn him a start against France back on the flank.

That game will be back down in Oita and the fact Wales have been in the south of Japan is perfect. Warren and the team have had none of the disruption some of the other teams have had. They will play a French side who haven’t had a run out for two weeks. That’s not ideal.

France would have wanted to go into their quarter-final with a lot better preparation, especially given their performances so far. They’ve been poor and typically French. They edged past Argentina and were underwhelming against both the USA and Tonga.

Wales should be confident of beating them regardless of France’s off-field troubles, and the way those things are going only gives me more confidence a Wales win is what will happen.

The stars are aligning for Wales. After the departure of Rob Howley early on, the tournament couldn’t have gone much better. They are likely to end the Pool stages with four wins from four while having been tested hard along the way in tight games.

Wales have come out the right side of those results and that’s vital. You don’t want to go into a World Cup quarter-final without having had a test. Whatever their coaches say that is the position both France and England are in. Wales should be confident of making the semi-finals and from there anything can happen.