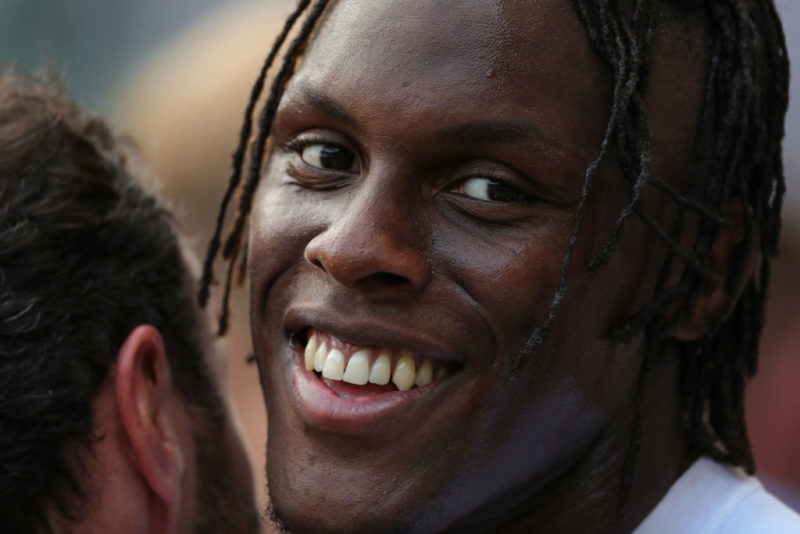 ENGLAND’S performance against Ireland last weekend was hugely impressive even though it was in the context of a warm-up game.

The margin of victory and the manner in which it was achieved was pretty compelling given that you expected both teams to go into the match with a similar mental approach.

However, it was soon apparent that England’s mental state was in a lot better place than Ireland’s, despite them being pretty well at full strength.

Their coach Joe Schmidt certainly wouldn’t have expected that display from a side that was only missing fly-half Johnny Sexton and James Ryan in the second row – but it also needs to be put in context.

The match at Twickenham was not at the same level of intensity as it was the last time these two teams met in Dublin in the Six Nations. On that occasion – with Ireland having just beaten New Zealand, as well as being the reigning Grand Slam champions – the intensity was off the charts.

After Jonny May’s rapid try England continued to hit Ireland hard through precision kick-chase and returned home with an impressive victory which ended the Irish run of success. Last weekend we saw a different England, with the 10-12 combo of George Ford and Owen Farrell meaning they could go wide more quickly and more accurately, as they showed with England’s beautifully executed and finished first try by Joe Cokanasiga.

There was also a change of emphasis in the way the forwards were used in attack. Whether it was Kyle Sinckler, Maro Itoje, George Kruis, Jamie George or Billy Vunipola doing what he does, they carried strongly and made good yardage continuously.

This allowed Tom Curry and Sam Underhill to find space around the inroads made by the big forwards, which is exactly what you want your flankers to do.

On top of that, there was the invaluable bonus of having the ramming ability of Manu Tuilagi and Cokanasiga to cause the Irish defence even more problems.

The consistent carrying potency of their forwards, along with the power of Tuilagi and Cokanasiga, meant that England were able to attack Ireland anywhere across the field. They could crash it up, sometimes as many as two or three times, before going wide through their two distributors, Ford and Farrell.

This is not to say that it would not have been as effective if Henry Slade had been in the backline, but it was very clear that Ford and Farrell have such a good understanding that they were very much in sync.

There were other examples of England clicking in a similar way, such as when Itoje scored his try from a good link with Ben Youngs – and how many teams have a tight-head prop like Sinckler who can not only scrum but also open up defences with his passing?

I would like to see more of that pass from Sinckler to Underhill because its subtlety took the Irish defence by surprise, and it meant that the openside cut straight through rather than having three tacklers lined up to smash him.

It was a pass to put someone into space, and you see New Zealand do it with not just one pass to put an unmarked forward through a gap, but sometimes two or three passes among the forwards before they find the opening.

If England can use those forward options in the same way, but more often, then they will score even more tries because of the space it will give their backs. It really is powerful: the perfect storm of a front row, second row and back row loaded with carriers, and then Curry and Underhill there in support. It’s almost poetry.

They could try it against Italy on Friday evening in their last warm-up game before going to Japan.That would be the next evolution of an England side which played to a high level against Ireland, and kept going to expose them.

The other good news is that the two flankers did not diminish the strength of the pack. I didn’t see a weakness there.

All-round I’d give that display an 8.5 out of 10. Ford looked good against the Irish, and it’s great for Eddie Jones to know that whether he picks a midfield combination of Ford, Farrell and Tuilagi, or alternatively Farrell, Tuilagi and Slade both are very good options. The only observation I would make is that if it is Ford, Farrell, Tuilagi, then it is much better balanced if Cokanasiga is on the wing because of the physical threat he brings.

I look at the Ford-Farrell combination from the sense that they are a threat through their passing rather than their running – but if I was part of a team looking at Ford, Farrell, Tuilagi and Cokanasiga running at me then I’d be asking myself where the ball was going, and not having much of a clue.

What we also learned against the Irish is that Tuilagi can be as devastating in a confined space as Billy Vunipola, and that is some statement.

There are more variables that can go wrong in attack when you have to co-ordinate running, passing and timing, than there is in defence, where it is all about mindset and technique. What was impressive about England’s attack against Ireland is that apart from a few errors the majority of time it was sweet.

There are still a few issues to iron out. I don’t envy Jones when it comes to picking a back three from Cokanasiga, May, Elliot Daly, Anthony Watson and Jack Nowell.

You wouldn’t want May or Nowell at full-back, and personally I’d go with Watson at 15 and let Daly compete against the other wings. If you do not know full-back well enough – and that comes with experience at 15, which Daly does not have a lot of – then you will know that if you are caught flat-footed like he was by Bundee Aki, then you’re toast.

At scrum-half you would probably stick with Youngs despite the fact that he was not commanding against Ireland, and a couple of box kicks were too long. However, Willi Heinz is pretty consistent, so there’s competition and pressure at 9 that there probably isn’t in too many other positions.

Italy provide England with a good opportunity to bring all of their World Cup warm-up lessons from the big win over Ireland and the two games against Wales to bear. By delivering a performance with intensity and accuracy against a side which usually defends solidly they will go to Japan in a good place.