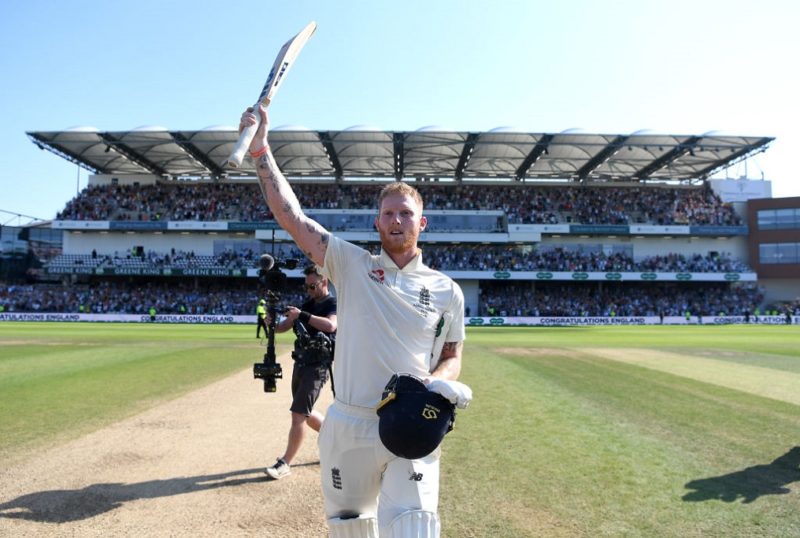 ENGLAND’S stand-by No.9s like the Saracens duo Ben Spencer and Richard Wigglesworth, as well as Dan Robson (Wasps), will have no doubt tuned into Eddie Jones’ broadcast that they should maintain peak fitness.

The message from the England coach is that they should be streamlined and pin-sharp in the event they are required to step in if either Ben Youngs or Willi Heinz is sidelined by injury.

The importance of sheer hard graft and attention to detail in training will also not been lost on the Red Rose back-up scrum-halves following the miracle innings by Ben Stokes last week which won the third Ashes Test to keeps England’s hopes in the series alive.

In the immediate aftermath of the Stokes heroics against Australia, one cricket commentating grandee after another stressed that he is the hardest working cricketer in the England squad. They said Stokes has a reputation for training long after his team-mates have departed, practising so assiduously that he makes the most difficult skills looks second nature.

Many scrum-halves will relate to the Stokes regime in which practice makes perfect, because ‘closed’ skills like passing from the base with utmost speed and accuracy, as well as box-kicking for specific hang-time and distance, are staple parts of their training.

What every scrum-half on the fringes of the England squad also knows is how quickly things can change at World Cups. If they needed a reminder they need only look back to Stephen Donald kicking the winning penalty in the 2011 World Cup final as New Zealand’s fourth choice fly-half.

Donald’s chance came when a run of injuries saw Dan Carter, Aaron Cruden and Colin Slade sidelined en route to the final against France. The fact that Donald had gone fishing with his mates, and had drunk enough beer to put on the extra pounds to make the slimline All Black shirt an uncomfortably tight fit, only added fabric to the tale of him emerging as the most unlikely of New Zealand rugby heroes.

The sense that Jones may be taking too much of a gamble with his policy of taking only two scrum-halves was reinforced on a couple of fronts when England put more than 50 points on a lacklustre Ireland side at Twickenham last weekend.

The biggest jolt to Jones will have been a reminder that Youngs – who is not only his first choice scrum-half, but also the most experienced player in the England squad with 88 caps – has not been at his best for some time.

A recurring issue is that Youngs does not play with the high tempo urgency that he showed earlier in his career, and was notable during one of his career highlights in 2012 when Stuart Lancaster’s England side beat New Zealand 38-21 at Twickenham.

Injuries have undoubtedly played their part in this drop-off, but so, too, has the comfort zone Youngs has become accustomed to at Leicester. In recent seasons the Tigers have played a medium pace game, and their coaches have not curtailed his tendency to spend too long adjusting his footwork in and around the base, whether he is about to pass or kick.

Youngs’ box-kicking and tactical kicking gave possession back to Ireland on three occasions, while some of his passing from the base was neither snappy enough nor accurate enough, with a number of passes going to ground.

These shortcomings were masked in part because England scored three of their six tries from scrum ball against an uncharacteristically poor Irish defence, with Youngs having a hand in two of them.

The first of Joe Cokanasiga’s two touchdowns involved a pick-up and pass from the base by No.8 Billy Vunipola to Youngs as the set-up for the crisp extra-man move that saw the big winger race clear. It was well-executed and Youngs played his part as a link in the chain.

However, the second try, which was scored from a five metre scrum, was altogether more scruffy until Manu Tuilagi’s sharp burst rescued it. Vunipola was under pressure at the base and his pass was impeded so that Youngs had to collect the ball on the bounce before shunting it on to the powerhouse centre.

The overriding impression was that against a better defence than the Irish mounted, there was a strong probability that the move would have been snuffed out before it got to Tuilagi, mainly because of the disconnect between Youngs and his No.8.

The third set piece try involving Heinz, who had replaced Youngs, was well crafted by comparison, with the Gloucester scrum-half passing straight from the scrum to George Ford, before Owen Farrell unleashed Cokanasiga.

Despite the high strike rate from the scrums there was a sense that Youngs and Vunipola have not spent enough time working on their partnership during this extended World Cup training period, and therefore that the all-important link between scrum-half and No.8 is nowhere close to being the clockwork mechanism it should be.

They are, for instance, a long way from the polished interplay at the base between their New Zealand counterparts Aaron Smith and Kieran Read.

A five metre scrum put-in is a priceless scoring opportunity, and, because they do not come along very often, squandering them in a big knock-out match could cost England dearly. It is why the understanding between scrum-half and No.8 has to be so telepathic that it gives England an almost cast-iron chance of scoring.

At the moment England’s attention to detail is not good enough to guarantee that those chances will be put away, irrespective of Tuilagi’s try at Twickenham.

Youngs says in the adjacent interview that he believes that England’s tactical understanding and level of experience in key positions is greater than it was in his two previous World Cup campaigns in 2011 and 2015. He adds that now, even when they are not at their best, they know they can find a way of winning – especially if they play to their strengths.

However, there is no escaping that during these warm-up Tests Youngs’ lack of form in such a pivotal tactical position has come under increasing scrutiny – as has Jones potentially finding himself strapped for a specialist scrum-half replacement in the event of injuries just before a big World Cup match.

After the Ireland match, Youngs was one of the few England players who came in for criticism. Even his old scrum-half roommate Care – ruled out of being on stand-by due to ankle surgery – sounding a cautionary note.

Care, who was axed from the England squad after last autumn’s Japan match, warned that the new arrival, Heinz, “is not there to make up the numbers”. The Harlequins scrum-half said on Radio Five Live’s Rugby Union weekly: “Willi Heinz will want to be number one. If Ben has another game like that at the weekend (against Ireland), then you never know – Willi is knocking on the door, and will be asking questions of the coaches.”

Care added: “If he is in the best form as a scrum-half between him and Ben, he is going to play. I think Ben would understand that…”.

The evidence as England prepare to leave for Japan is that Youngs is currently in the middle lane rather than the fast one, and that, despite positive signs in his first three Tests, the 32-year-old Heinz is still a novice finding his feet at international level.

Jones has conceded on a number of occasions that he is taking a risk by selecting two scrum halves rather than three, and relying on fly-half Ford as emergency cover. The magnitude of that risk is increased by Youngs not being at the top of his game, and Heinz’s lack of Test exposure.

It is also emphasised when other experienced coaches, including his world champion New Zealand counterpart Steve Hansen and South Africa’s Rassie Erasmus, have taken the more orthodox path of selecting three scrum-halves.

Jones could yet opt to bring one of his stand-by No.9s into the 31-man squad before the September 8 cut-off date, with Spencer the most likely choice, but it will probably be contingent on back three injuries ruling out either Jack Nowell or the still uncapped Ruaridh McConnochie.

England’s scrum-half saga has yet to play out, but what is clear despite the near-euphoria after the resounding record victory over Ireland, is that it could become an Achilles heel in a 2019 World Cup squad that otherwise appears to be starting to fire in most of the right places at the right time.