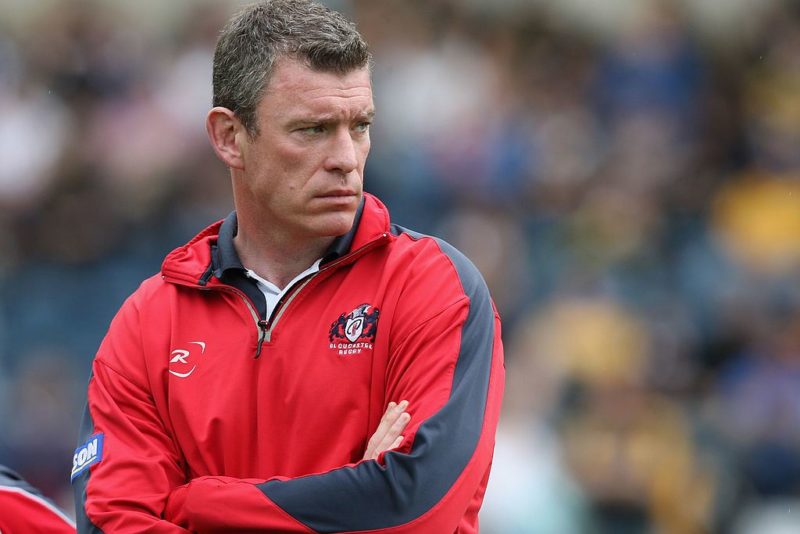 DEAN Ryan is a no-nonsense, no-frills character. He’s straight talking and won’t tolerate anyone who messes about or isn’t committed to the cause. He’s the perfect appointment for the Dragons.

The rugby at Rodney Parade has been awful in recent seasons and the Newport locals deserve better. Dean Ryan can be the man to get their team firing. It won’t be easy and it’s a tough job, but one he can’t lose in many ways because things can’t get worse.

In my career I played against Gloucester teams coached by Dean and I admired them. They were always well-drilled, everyone knew their roles. They were always tough opposition to beat and that’s exactly what the Dragons need to become.

Since my retirement from the field I’ve also got to know Dean through media work and he delivered the same attributes he delivered as a coach to his broadcasting!

Now I hope he can get the Dragons back competing again.

It is a coup for the Dragons to have landed his signature. Not many people leave the Rugby Football Union for Wales and even fewer would drive out of Twickenham to join the Dragons, with all due respect.

I know there are financial problems at the RFU at the moment and I’m sure that would have played a part, but Dean’s record speaks for itself. He’s a top-class operator.

His appointment to the board of the Dragons also shows to me that he means business. It points to the fact he wants a degree of control not only on the pitch, but in the boardroom.

For some teams that might not necessarily work, but I think with the Dragons it is the right way to go. They need a strong rudder throughout the organisation and Dean can be exactly that.

My only concern would be if it all goes pear-shaped, how would that work? Would Dean have to vote as a board member on firing himself? Turkeys don’t vote for Christmas!

Whatever happens all eyes will be on Dean. He’s the man at the helm of the latest new dawn at the Dragons and there have been a few of those recently.

When I look at the squad, their biggest problem is clearly one of confidence individually and collectively.

There is no denying that the Dragons have some good players. They are committed, hard-working, and talented, but it’s their top two inches which need improving.

Last season the Dragons would be in games, but whenever they conceded a few soft tries they would fall to pieces and never recover. They were like a pack of cards. It’s not good enough.

I remember one game where Leinster’s third string hammered them by 50 points. Seeing those sorts of results saddens me because when I played I always feared going to Rodney Parade.

Dean needs to inspire confidence back into his players as a first step. I believe the work the Dragons did under Ceri Jones at the end of this season has seen them make positive strides. And remember, they beat the Scarlets on Judgement Day.

What should excite Dean is the amount of time he will have with his players over the next six months. That is going to be an absolutely crucial period for the Dragons. They have to get their systems and building blocks in place to achieve success.

We are going into a World Cup at the end of this year. That has a big impact on the domestic leagues. Lots of teams in the PRO14 will be without their best players for the start of the competition due to the tournament in Japan. The Dragons will almost certainly lose Ross Moriarty, Cory Hill and Elliot Dee to Wales selection for the World Cup, but other than that they won’t be too badly hit. That gives them a chance to build consistency and a togetherness within the squad.

Funny things happen in World Cup year. In the 2015-16 season after the last global showpiece it was Connacht who won the title. Who could have seen that coming?

I’m not saying for one moment that the Dragons are going to win the PRO14 – far from it. But like Connacht in 2015, they should be looking to capitalise on not losing too many players to the World Cup. If they can make a decent enough start that would be a fine way for Ryan to begin.

What would constitute success for the Dragons next year? To me they have to improve on their five league wins this season. That’s an absolute minimum requirement. They need to aim for at least double figures in terms of wins. Results are important at the Dragons now.

Those who say they aren’t are talking absolute rubbish. Supporters will take scrappy wins if their team are successful and for too long the Dragons have been on the wrong side of results.

All eyes will be on Dean as he attempts to do that and while we must not expect too much of him and his new team straight away, the green shoots of recovery at Rodney Parade can now be seen.

Hopefully those shoots will be blooming flowers by this time next year.