Home / Features / Columnists / Guscott column: Bath and Leicester backs are being sold short by the packs

Guscott column: Bath and Leicester backs are being sold short by the packs

Posted on 23rd May 2019 by admin in Columnists, Featured, Features, Jeremy Guscott 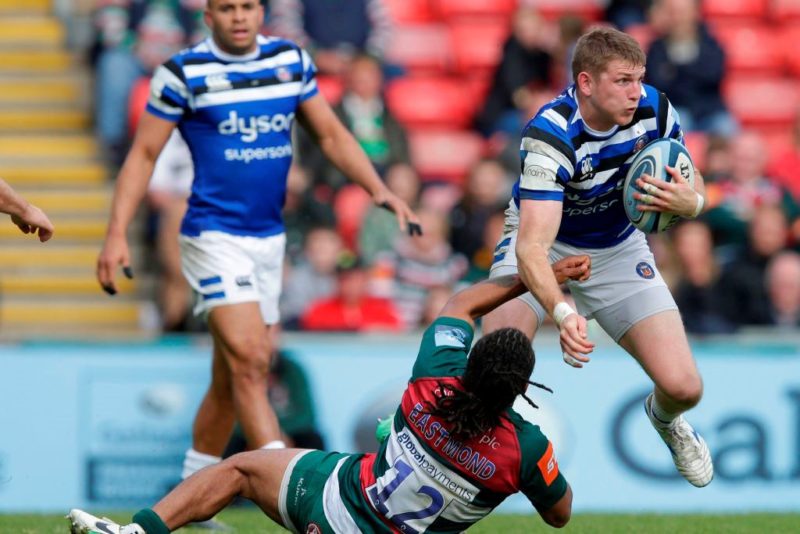 THE instalment of Geordan Murphy as Leicester head coach, as well as that of Stuart Hooper as Bath’s next director of rugby, has caused a stir because they both are not long retired from playing – especially Hooper.

It’s a good thing that Leicester have told Murphy he has got three years to sort things out, because trying to change a side you have inherited, which has different strategies and playing and coaching personnel to the ones you favour, does take time.

However, in a pro sport that does not mean the pressure is off, because by year three you will be expected to do something special if you want to keep your job. While year one might be about development, it is very unlikely that Tigers fans will accept another finish in the bottom half of the table next season – and the season after that there will have to be a further advance.

The reality is that Murphy inherited a malfunctioning team, and although the Leicester squad looks better than 10th/11th finish in the Premiership table their results this season say otherwise.

One of the first questions that will need to be answered at Welford Road is whether Mike Ford stays as part of Murphy’s coaching team, or whether they get someone else in. They did not win every game since Ford’s arrival, although they did win the crucial one at Newcastle. The job was to stave off relegation, and they succeeded in doing that.

It was a good choice by Murphy to get someone like Pat Howard in from the outside to have a look at the structure and his old club, and to get a fresh perspective from the former Tigers head coach, who was until recently the general manager of the Australian cricket team.

The Leicester culture when Howard was there as player and coach was similar to those that exist now at clubs such as Exeter and Saracens in terms of being hard and uncompromising in their standards. Those two clubs are now setting the pace, and either they have gone beyond what Leicester once had, or the other sides in the Premiership, like Tigers, have fallen away.

Saracens and Exeter are not just hard-working, they are smart-working. For instance, when it comes to dropping a player it should be a 30 second conversation there and then, followed by a more detailed conversation the following week.

Most professional players know why they’ve been dropped, but at some Premiership clubs there seems to have been a culture shift where players spend too much time debating decisions made by coaches. They insist that they should be playing, but then are not delivering when they get the chance. Clubs where that happens have got it wrong – it’s like the tail wagging the dog.

Most players understand that the coach has a job to do, and are happy to be told what is expected of them. Some players are given greater responsibility than others, and actively want to have that influence.

At Gloucester, for example, it’s no secret that Danny Cipriani has a very big input into the way they attack, and coach Johan Ackermann, and the playing squad, have essentially backed him. Gloucester’s reward is a place in the play-offs, and although they will be away from home at least they have the satisfaction of having gone out and played the way they want to.

For me, Bath are in a worse place than Leicester, even though they were mid-table going into Saturday’s finale at Welford Road. The main reason is that on paper they have a better squad than Tigers, and I hope that when Neal Hatley returns to The Rec as forwards coach after the World Cup that he gives the Bath pack a rocket.

They deserve it, because at the moment Bath have a line-up of star backs being sold short by forwards who are inconsistent, and regularly fail to deliver.

Leicester have a similar problem, and for a couple of seasons their forwards have been very average. It’s alright Ellis Genge making his bullocking runs, but where does he get backed up by the rest of the pack? They are not there – and usually when there is just one bloke carrying he gets lined up and smashed. The Tigers backs are better than that as a unit, but they have not really fired this season – and some of that is because of the poor quality ball from their pack.

The job facing both Murphy and Hooper is to get the culture right by blending what worked for their clubs in the past with the best of present day practice. There have been comments about how difficult it is for coaches who have only just retired from playing to strike the right balance with their former team-mates, especially when they now have the major say in selection.

Murphy has been retired for longer than Hooper, who called it a day only last season. I know that after moving from playing to doing commentary that it is hard to critique players that you played with. However, it is your job, and the way I did it was to be honest but at the same time respectful.

I suspect it is the same for Hooper and Murphy. If you are responsible for team selection you have to do what you believe is right for the club – and that means selecting the right player to do the right job at the right time.

It is also about being honest whatever the result. If you listen to Mark McCall at Saracens, or Rob Baxter at Exeter, with them it is never the referee’s fault if they lose. Their way is to say that either their own teams did not play well enough, or that they did play well but that the opposition played better.

They rarely make a fuss over refereeing decisions, because they are confident in the ability of their players and recognise that close calls by officials, and the odd bounce of the ball, even out over the course of a season.

What they do instead is concentrate on improving the players in their squads. Take a look at what has happened with Liam Williams since he arrived at Saracens from Scarlets. In Wales he was viewed as a special player, but now he is playing in a team where most of the backs are playing 8 out of 10 every week. The result is that he has stepped-up to the challenge and made a massive contribution for Saracens this season.

So many clubs struggle to improve players once they have arrived, and it’s something that Hooper and Murphy have to fix because it’s definitely been the case at Bath and Leicester.

The one player at Bath who has risen to the occasion this season in a similar way to Williams is Ruaridh McConnochie. Bath supporters have really warmed to the young wing/full-back because they know that he is going to give everything, and that he has played consistently well enough to force his way into the starting line-up.

McConnochie has made sure he could not be ignored, despite the competition from international stars such as Anthony Watson, Joe Cokanasiga and Semesa Rokoduguni – and Bath need that attitude to rub off, particularly among the forwards.