Home / Features / Columnists / Guscott column: No better way for England to warm up than against Wales and Ireland

Guscott column: No better way for England to warm up than against Wales and Ireland 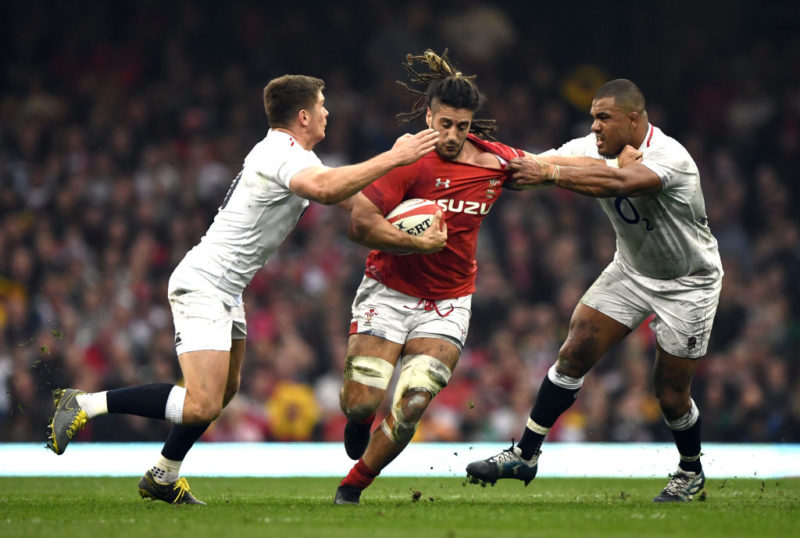 ENGLAND will go into the summer World Cup warm-up games knowing that they have to make the most of them after that last Six Nations game against Scotland at Twickenham.

It was little short of a nightmare to almost lose the game after dominating so completely for the first half-hour. After that it was nigh on a capitulation, in which the only plus was that England managed to save it at the last gasp.

The doubters will say that they have no chance in the World Cup after that, whereas the glass half-full lot will say that at least they managed to come back after playing so badly to secure the draw.

However, whichever way you look at it, this England side let a 31 point lead slip – and that is not something you can afford to ignore. Players have different ways of looking at results like that, and some will no doubt be thinking that the positive is that they found a way to get out of jail. Even so, overall, it will feel like a loss.

That is why these warm-up games against Wales twice, Ireland and Italy, have an added significance. They are required because England need to get the cobwebs out and get back the focus and synchronisation that went missing in the second half against the Scots.

No team can expect to go from the end of the Six Nations on March 17 to the third week in September, when the World Cup starts, and hit the ground running.

Whether there is an arrangement likely to be made between Eddie Jones and Warren Gatland agreeing to have home and away teams for the two matches between England and Wales remains to be seen, but both of them will really be wanting to play their whole squads.

The big thing to realise is that you cannot expect to replicate what is going to happen in the World Cup pools in the warm-up matches. That’s simply because England’s main pool rivals, France, do not play like Wales, Ireland or Italy, and nor do Argentina.

Instead, these are games where you start working on strategy and tactics, and are also trying to get your best players into top form. You also want to use them to cut out errors and bad judgement calls, and get everything operating smoothly.

The other factor to take into account is that there is nothing that you can do about injuries – however, what you can do is ensure that you have got your selection pecking order worked out thoroughly in every position. That means three deep everywhere, and in key positions four deep.

The only surprise is at scrum-half where the order seems muddled after Ben Youngs. Richard Wigglesworth is still a good operator, and so are Dan Robson and Ben Spencer. All of them have been given limited opportunities, especially Robson, and only Jones knows why – although I haven’t heard a convincing explanation yet.

On the positive front, the last game against Scotland should also not be allowed to eradicate England’s quality in the opening game against Ireland. I saw England play as well against the Irish as any Eddie Jones team has done, and Ireland were not as good in Dublin as they have been because England did not let them play.

England made good decisions, and they were backed up by good skill sets, as well as by a side that mounted insatiable, intense pressure in defence. It meant that after playing brilliant rugby last season, having a good summer tour, and then after coming again in the Autumn to beat New Zealand, the Irish fell off the cliff against an England side that came from nowhere.

For Jones as head coach the warm-up games are about building confidence and finding out whether his combinations feel right. Looking in from the outside it appears as if he still has plenty of work to do.

The only guys who came out of the Six Nations in credit in my book were Tom Curry, Kyle Sinckler, Jamie George, Courtney Lawes before injury, Billy Vunipola, Jonny May, and maybe Henry Slade.

Everyone else was indifferent. However, we know that the second row is strong with Maro Itoje, George Kruis, Joe Launchbury and Lawes to choose from, and that Mark Wilson is a good, hard-working blindside flanker. He makes more yardage than Chris Robshaw, and has semi-cemented his place with big tackle counts throughout the Six Nations.

We know also that used properly Manu Tuilagi could be key to English hopes. The crucial thing is to get Manu in the game more because he attracts attention and has to be watched closely at all times. The problem is that at the moment Tuilagi does not get the ball in his hands enough for England – it’s a bit like New Zealand picking Sonny Bill Williams and then putting him in a suit and telling him to sit in the coach’s dug-out.

I like Manu at 12 rather than 13 because I believe that he is at his best when he is given the ball early, and that he will have the ball in his hands more often at inside-centre than at 13. You can use him to take out either the opposition fly-half or the flanker – or both centres – and then you are in business.

Tuilagi’s impact as a carrier against Ireland in the first 60 seconds was clear to everybody ahead of Jonny May’s try, and it begged the question why we did not see more of that during the Six Nations. It is the one area that glaringly has to be synched.

Another area where there is definite room for improvement is the 9-10 combination. Youngs and Owen Farrell were indifferent throughout the tournament, and although Youngs is currently injured I believe both will be good when the World Cup comes round.

Youngs kicked well against Ireland, and England’s kick-chase was also very effective in that game – and so was their counter-attacking after they forced the Irish into errors. By contrast, against Wales they fell off mentally, especially in the build-up to the 34 phase try which allowed the Welsh to sew it up, while England’s fall-off in intensity against Scotland was hard to believe.

However, these warm-ups are essentially international trials, and they are a great window of opportunity to put things right, to the extent that a player can get himself into the team by getting the coaches to change their minds. That’s how I used to approach them.

England want good hard-core trial matches going into the World Cup. My reading is that these England games against Wales and Ireland will be bloody hard matches, with Wales wanting to cement their position as number two in the world rankings, the Irish trying to wash away a poor Six Nations, and England desperate to move on and erase the memory of that Scotland game.