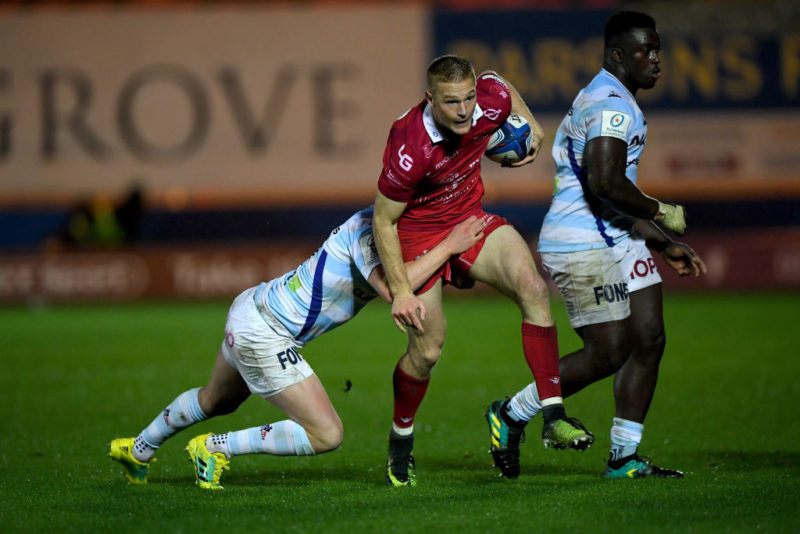 WELSH rugby has a long history of foreign imports. Some good, some bad, and some awful. That has always been the case and with the game as global as it is now, it will also continue into the future. We’ve seen that in the last 18 months or so with Hadleigh Parkes coming into the team.

What an impact he has made!

In the last week or so rugby’s residency rule has again been in the news from a Welsh perspective – this time with Willis Halaholo and Johnny McNicholl at the centre of the agenda.

Both are born in New Zealand, but will become available for Wales after the 2019 World Cup and I think that can only be a positive. I rate Halaholo and think McNicholl, in particular, is a fine operator.

Players qualifying to represent a different country to the one they were born in is a difficult topic, but my view is World Rugby are doing the right thing by raising the period from three to five years. Halaholo and McNicholl have qualified in three, but that’s not their fault.

As a small nation Wales are can’t afford to turn their noses up at players who will be a good fit for the Test stage. If they are available for selection and are picked on their quality, then so be it.

McNicholl has arguably been the form player at the Scarlets for the last two seasons. He is very consistent, can play both full-back and wing, and knows exactly where the try line is.

If he does end up in the Wales squad I would have no doubt he’d be there on merit. You’d have to feel for someone like Dan Evans who has worked so hard for so long to get in the team were that to be the case – but ultimately you pick your best players. That’s what any coach simply has to do.

These days the newly-qualified Welsh players are top drawer. Parkes is the best example.

During my career that wasn’t the case. When I got into the Welsh team in 2000 Brett Sinkinson was the first flanker I played with. Of course both he and Shane Howarth fell foul of the “Grannygate” scandal when it was realised they weren’t actually qualified to play for Wales.

Back then Wales were a very different team. By the standards of today’s side we were a poor outfit and desperate for quality players. We almost looked for new players to bring in and then seemed to ask the question later about whether they were eligible.

Andy Marinos, Matt Cardy and Hal Luscombe are also all examples of foreign players that didn’t work out. That’s nothing personal against those players by the way because I shared a pitch with most of them. It’s just to say they didn’t make a huge impact in Test rugby. Now, Wales are different.

We don’t have to go looking for talent. We’re not desperate. Just look at our strength in depth!

Wales have won their last 14 matches, are ranked second in the world, and are the best team in the northern hemisphere with a Six Nations Grand Slam and Triple Crown in the back pocket.

All that said, we should always look to keep improving as a team. As Warren Gatland always told us, the moment you stand still, you’re going backwards.

Hadleigh is a good example of someone who has come into the squad from the outside and not only made a starting jersey his own, but also helped improve those around him by his presence.

I’m sure someone like Owen Watkin is only getting better by working with Hadleigh.

If McNicholl came into the side the same could be said for the likes of Hallam Amos, Steffan Evans, Josh Adams and others. It will only make Wales a better, more efficient outfit.

As supporters, isn’t that we want?