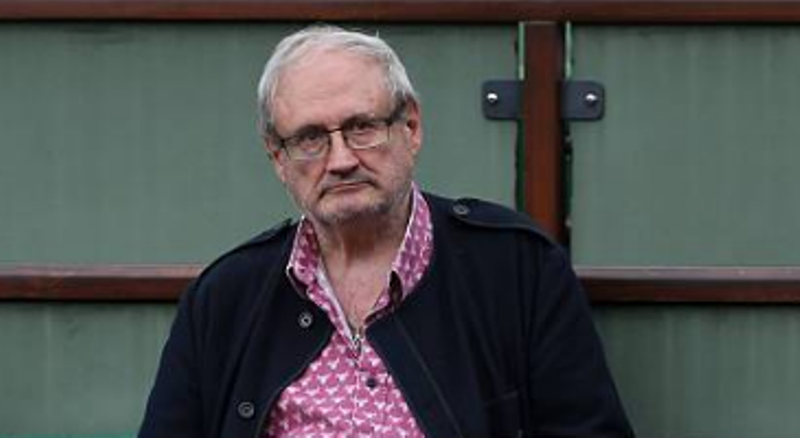 France lose to Wales in Cardiff, the players drown their sorrows and three end up in the slammer after a running fight with the local constabulary.

The hell-raising trio, each famous in his own right, face the rest of the weekend in a prison cell for their part in a brawl played out to the familiar Saturday night tune of glass shattering and fists flying in a public house.

Someone calls 999 and the probability of a major international incident begins to unfold.

It requires a diplomat of Henry Kissinger’s calibre to prevent the blood-letting leaving a stain on the entente cordiale even if it has just been pummelled into a cocked hat. All hope of springing the arrested trio from clink appears to have gone when a saviour extraordinaire appears out of the blue.

The French Rugby Federation, from the president down, are either asleep or sipping a nightcap when they get a whiff of fomenting scandal. Barely able to muster a sentence or two of English between them, they find one who can.

The fact that he is a reporter for Le Parisien is unfortunate but desperate times call for desperate measures. Jean Cormier knows the players inside out. He knows why they are in custody because he has been in their company. He knows the odds are stacked against them and that their only hope of getting out is down to him.

At the tender age of 23, Cormier goes into the station ostensibly as the translator, both for the guilty parties and the bruised Cardiff police. In the early hours of Sunday March 27, 1966 he somehow secures the release of the three – the celebrated Boniface brothers, Guy and Andre, along with a human bulldozer better known as Benoit Dauga.

They flew home with the rest of the French entourage the next day and nobody was any the wiser. The story never got out, at least not via any English-speaking medium until now and then only as a means of illustrating what made Jean Cormier truly unforgettable.

That nobody in France beyond the three players and the Federation’s mightily relieved top brass knew took some doing given Cormier’s occupation as a newspaperman. Perhaps he summoned the old journalistic commandment that reporters shalt not be at the centre of any story they write as an excuse to keep shtum.

More than a decade had elapsed before he got round to revealing little fragments of the bust-up as a perfect advert for a book which he co-authored entitled: Alcools de nuit (Alcoholic Nights). After reading it, a colleague sidled up to Cormier and whispered: “I never knew you served as a peace-keeper in the United Nations. What have you done with the blue helmet?’’

His generosity knew no bounds. A year after persuading the police to drop all charges, Cormier witnessed the resumption of Franco-Welsh conflict at the Stade Colombes and the advent of an embryonic superstar. Gareth Edwards made a winning debut at 19 and Cormier was so impressed he gave him a crate of champagne.

Their lifelong friendship lasted for more than 50 years, until last Monday afternoon when Cormier succumbed to a long illness a few weeks before he could reach 76. The outpouring of grief at the Church of Saint-Sulpice in Paris on Friday, from the great and the good, the meek and the humble, had to be seen to be believed.

“Paris, for all its attractions, will never be the same,’’ Sir Gareth told me yesterday. “Isn’t it wonderful that I had the pleasure of knowing this man for so long and that both my sons, Rhys and Owen, knew him, too. We all thought the world of him.

“The first time I heard the name Jean Cormier was when he sent me a magnum of champagne after my first match for Wales. Correction, it was a jeroboam of champagne.

“He knew everyone and remembered everyone’s name. That made him the most magnificent of hosts. The party after the banquet in Paris was always quite something with a limousine taking us around the city.

“You’d inevitably end up at some nightclub and Jean would be there, holding court. He always seemed to be at the centre of things, not for his own sake but because he loved life and his fellow man.

“There was far more to him than a love of rugby. This was a man who wrote books on Che Guevara. The people he knew from all walks of life could have come straight out of Who’s Who.

“The last time I saw him was last year. I was doing a documentary for television on my 70th birthday and I asked Jean if he could do me a favour and ask a few of the old French players, like Jean-Claude Skrela, if they could get to Paris for the occasion.

“A few days later he rang me back: ‘I’ve fixed it all up. We will meet in Fred’s bar and I will join you later’.

“When he did, I realised that he’d had an engagement at a theatre that night on the other side of Paris. What a man. As Rhys said: ‘Dad, if anyone ever lived the life, Jean did’.

“One thing’s for sure. There’ll never be another one like him.’’

He claimed to have sabotaged an Irish Grand Slam in March 1982 and, more pertinently, saved France from the wooden spoon as an indirect consequence of inviting two-thirds of the Irish back row, Fergus Slattery and Willie Duggan, for a night on the town on the Thursday before the Test.

Slattery made it back to the Irish hotel in one piece. The same could not be said of Duggan, an altercation with more than one Parisian taxi driver leaving him with a broken hand. In his absence, France won 22-9.

He never forgot where he came from, a Basque village in the Pyrenees. Nor did he ever forget the disadvantaged, often inviting the homeless or the broke to dinner at his expense. On tour in South Africa, he once booked a table in a restaurant, went into the kitchen and insisted that a group of black employees break bread with him which they did.

A mutual friend summed him up best, describing Cormier as ‘a great man for getting people together as though the differences between them never existed. That’s a very special quality’.

It was rugby’s great good fortune that Cormier fell in love with the game as a child, promoting it through his work as reporter, author and documentary maker. Maybe one day the game will recognise the debt they owe him.